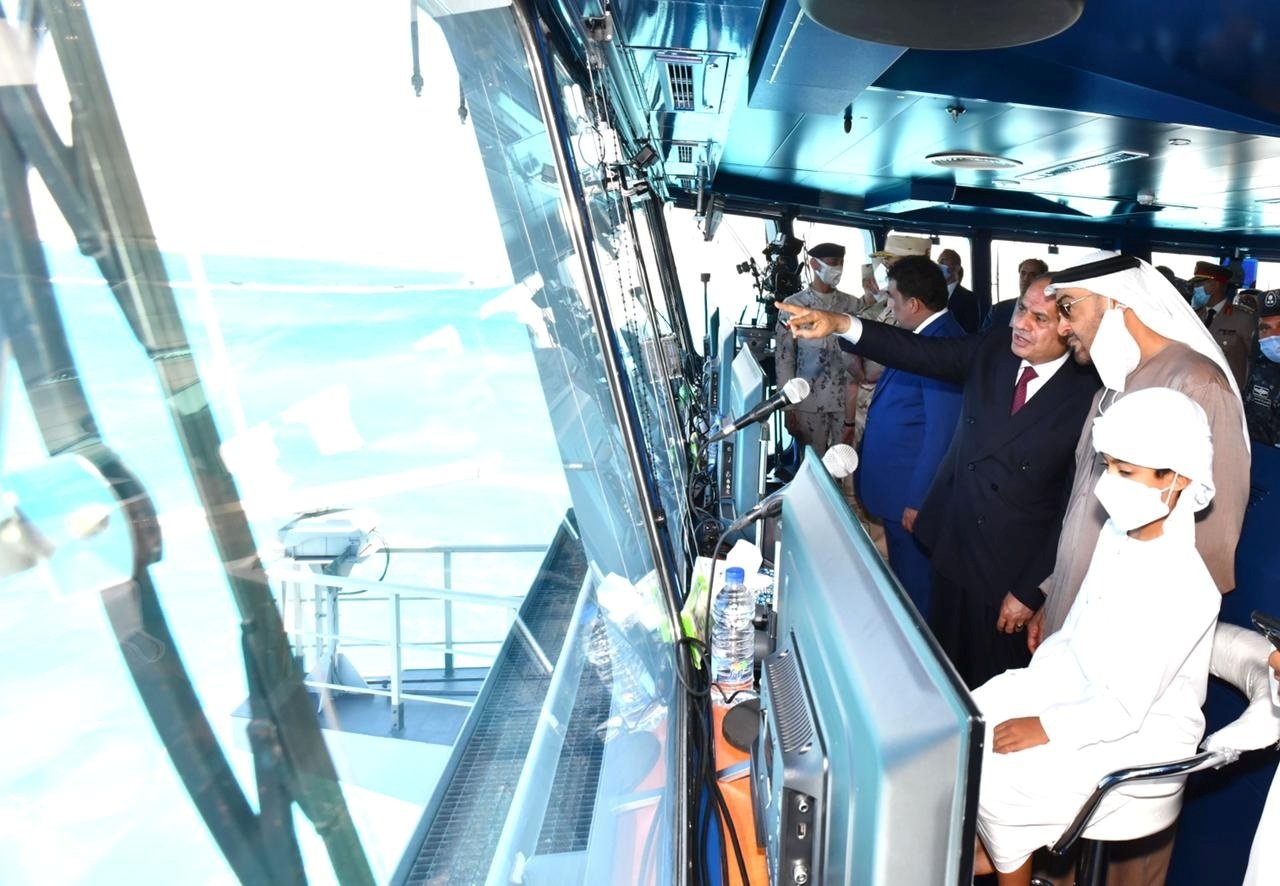 Egyptian President Abdel Fattah al-Sisi on Saturday opened a strategic naval base on the Mediterranean Sea to "secure shipping lines," the presidency said.

"It is the latest Egyptian military base on the Mediterranean, and will be focused on securing the country's northern and western front," the Egyptian presidency said in a statement.

The ceremony was attended by Crown Prince of Abu Dhabi, Sheikh Mohammed bin Zayed Al-Nahyan, and by the chairman of Libya's Presidential Council, Mohamed al-Menfi.

The base lies some 255 kilometres (160 miles) west of Alexandria, towards the border with Libya, a country where both Egypt and the United Arab Emirates have played a key military role, supporting warlord and putschist Gen. Khalifa Haftar, who had tried to seize the capital, Tripoli, from the previous legitimate and U.N.-backed government.

In April, Egyptian Prime Minister Mostafa Madbouli travelled to Libya, where he had talks with interim prime minister Abdul Hamid Dbeibah in a new sign of warming ties between Cairo and Tripoli.

Dbeibah visited Egypt in February on his first official trip abroad after his election.

In April, Dbeibah also paid a visit to Abu Dhabi, where he was warmly greeted by Sheikh Mohammed, who expressed support for the new Libyan administration.

State-run newspaper Akhbar Al-Youm reported that the new Egyptian base includes an airstrip and a 1,000-meter (3,280-foot) long pier.

The base was named "July 3" after the day eight years ago when Sisi led the military ouster of President Mohamed Morsi.

Egypt has three other naval bases in the Mediterranean and one in the Red Sea.