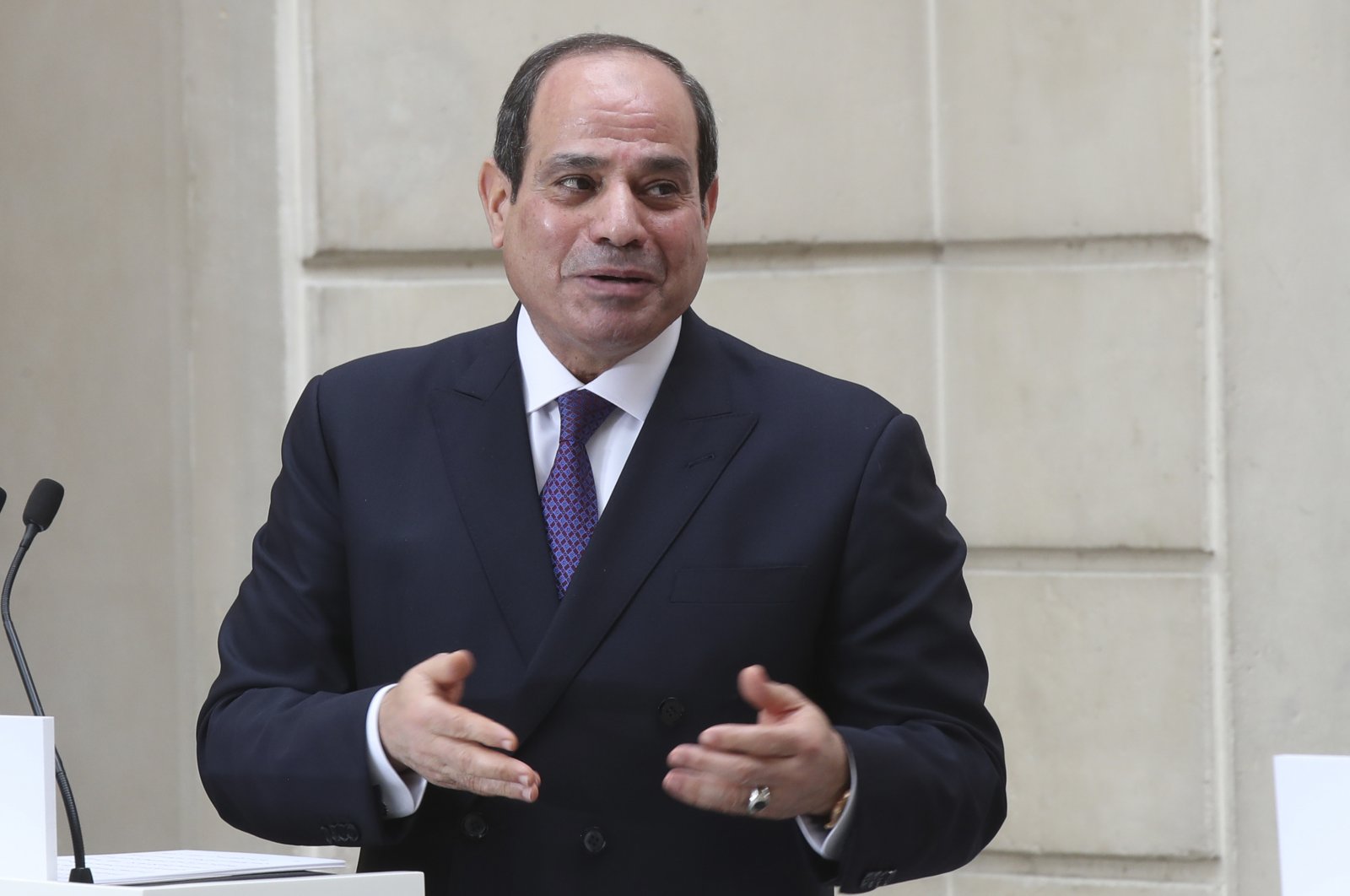 El-Sissi said his government would continue its efforts "with all Libyan brothers ... to hold the significant presidential and parliamentary vote by the end of this year.”

He also reiterated calls for foreign forces and mercenaries to be pulled out of the oil-rich country.

Saleh and Haftar, whose forces run most of Libya’s eastern and southern regions and oil facilities, are close allies to Egypt. In recent months, el-Sissi’s government has also reached out to officials in western Libya, apparently to counterbalance Turkey’s influence there.

It was frequently reported that Egypt supported Haftar, leading to the conflict persisting in the country. In April, the Libyan Army stated that two Egyptian planes that landed in Libya's southern Sabha International Airport had brought weapons and ammunition to Haftar.

Abdulhadi Dirah, spokesperson for the Libyan Army's Sirte-Jufra Joint Operations Unit, said that the weapons were hidden within a batch of medicines.

Dirah said: "Two of the Egyptian C-130 aircraft landed in the Sabha Airport under the pretext of bringing medicines but brought weapons and ammunition."

Furthermore, Cairo had declared its intent to militarily intervene in neighboring Libya if the United Nations-recognized Government of National Accord (GNA) advances on the strategic Sirte province or the Jufra air base, which would leave Egypt-backed Haftar in a weak position last year.

In April 2019, Haftar’s forces, backed by Egypt, Russia and the United Arab Emirates, launched an offensive to try and capture Tripoli. His 14-month-long campaign collapsed after Turkey and Qatar stepped up their military support of the Tripoli-based government.

U.N.-sponsored peace talks brought about a cease-fire last October and installed an interim government that is expected to lead the country into December elections. The cease-fire deal also required the withdrawal of foreign fighters and mercenaries within three months, a deadline that was never met.

The U.N. has estimated there have been 20,000 foreign forces and mercenaries, mostly Syrian, Russian and Sudanese, in the North African nation. The presence of foreign fighters and mercenaries is a major hurdle to holding the planned vote.

Libyan lawmakers have failed to finalize a legal framework for voting to take place, triggering doubts the elections will take place as scheduled.

With mounting international pressure, the parliament earlier this month adopted a controversial presidential electoral law and said it is in the process of finalizing it for parliamentary elections, according to the U.N.'s envoy to Libya.

However, the High Council of State, an executive institution that among other duties proposes electoral laws, complained that the law was adopted without consulting its members, which could derail the road map.