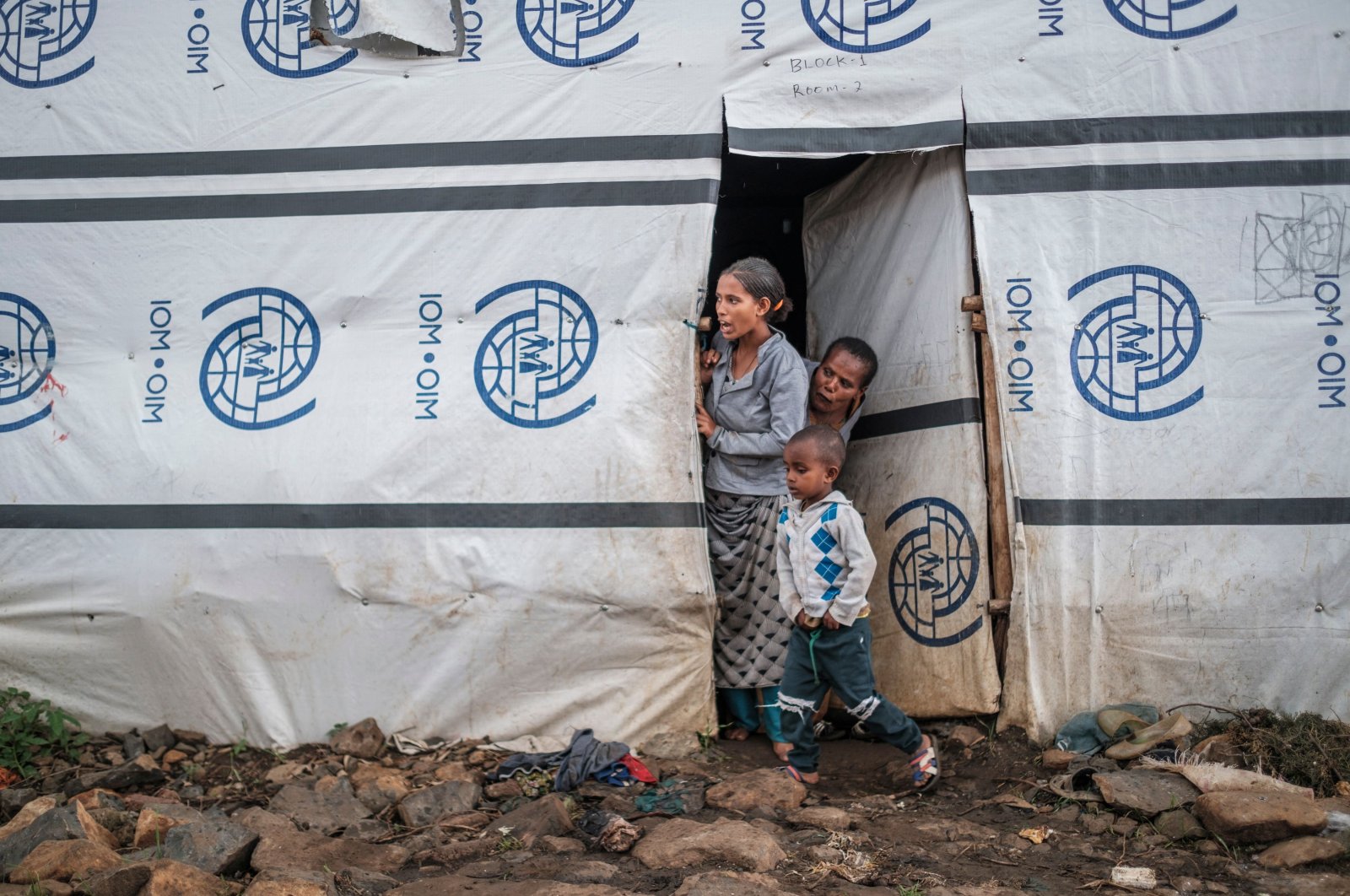 Food and water are running out in two camps in Ethiopia's conflict-torn Tigray region that house some 24,000 Eritrean refugees, the United Nations refugee agency said Tuesday.

Fighting between armed groups has escalated in and around the camps, Mai Aini and Adi Harush, and two refugees have been killed this month, it said, adding it does not know who the groups are.

"The last food distribution to the two refugee camps was done during the month of June, the ration supplies then were only enough for 30 days," Babar Baloch, spokesperson of the U.N. High Commissioner for Refugees (UNHCR), told a Geneva news briefing.

"There is a real danger of hunger among these refugees if supplies do not resume as they may have already run out of food supplies that were given to them," he said.

Clean drinking water is also running out, he added.

"Health care services in Tigray are alarmingly limited, leaving hundreds of thousands of people, including those injured during the fighting, pregnant women and survivors of sexual violence, without adequate access to essential medicines and basic care," said Fadela Chaib of the World Health Organization (WHO).

There has been a "significant and worrisome increase" in the number of reported cases of severe acute malnutrition among children in Tigray – which can be fatal, she said.

Conflict broke out between the Ethiopian central government and the Tigray People's Liberation Front (TPLF) in November. Three weeks later, the government seized control of Tigray's capital Mekele and declared victory. But the TPLF kept fighting and in a stunning reversal of fortunes at the end of June retook Mekelle and most of Tigray after government soldiers withdrew.

The UNHCR lost access to the camps on July 14, Baloch said.

Eritrean refugees began arriving in Tigray in 2000, toward the end of a ruinous two-year border war between Eritrea and Ethiopia that left tens of thousands of people dead. They were fleeing the authoritarian rule of President Isaias Afwerki, whose abysmal rights record and system of forced military service have led some to dub Eritrea "Africa's North Korea."

Ethiopian Prime Minister Abiy Ahmed won the 2019 Nobel Peace Prize in large part for initiating a surprise rapprochement with Isaias following a nearly two-decade stalemate. Yet Isaias and the TPLF remained bitter enemies, with the result that Eritrean refugees continued to feel at home in Tigray.

The region "was good for all of us," said Abdela Ibrahim, a former resident of the Shimelba camp who now lives in a camp for displaced people on the outskirts of Gondar, south of Tigray in the Amhara region.

But that changed when Abiy sent troops into Tigray last November to topple the TPLF, a move he said came in response to TPLF attacks on federal army camps. From the outset, Eritrean refugees were caught in the crossfire. Two camps in northern Tigray, Hitsats and Shimelba, were looted and then completely destroyed in what one aid group called a "rampage."

Eventually, Eritrean forces assumed control of Hitsats and Shimelba and forced those remaining in the camps to evacuate, the refugees said. Many embarked on dayslong treks to safety through an active conflict zone, often with nothing to eat but moringa leaves.

Before the war, there were 92,000 Eritrean refugees living in Tigray, including 19,200 in Hitsats and Shimelba, according to Ethiopia's Agency for Refugees and Returnees Affairs (ARRA).

More than 5,000 of those fleeing the destroyed camps ended up in Mai Aini and a neighboring facility, Adi Harush, though they have never felt at ease there, said ARRA boss Tesfahun Gobezay. Many fear being associated with Eritrean soldiers, who have been implicated in the mass rape of Tigrayan civilians and massacres that have killed hundreds.

The violence that kicked off July 13 in Mai Aini has no doubt heightened those anxieties. It began after the rebels, fresh from retaking Mekele, launched a new offensive to reclaim disputed territory in southern and western Tigray, where Mai Aini and Adi Harush are located.