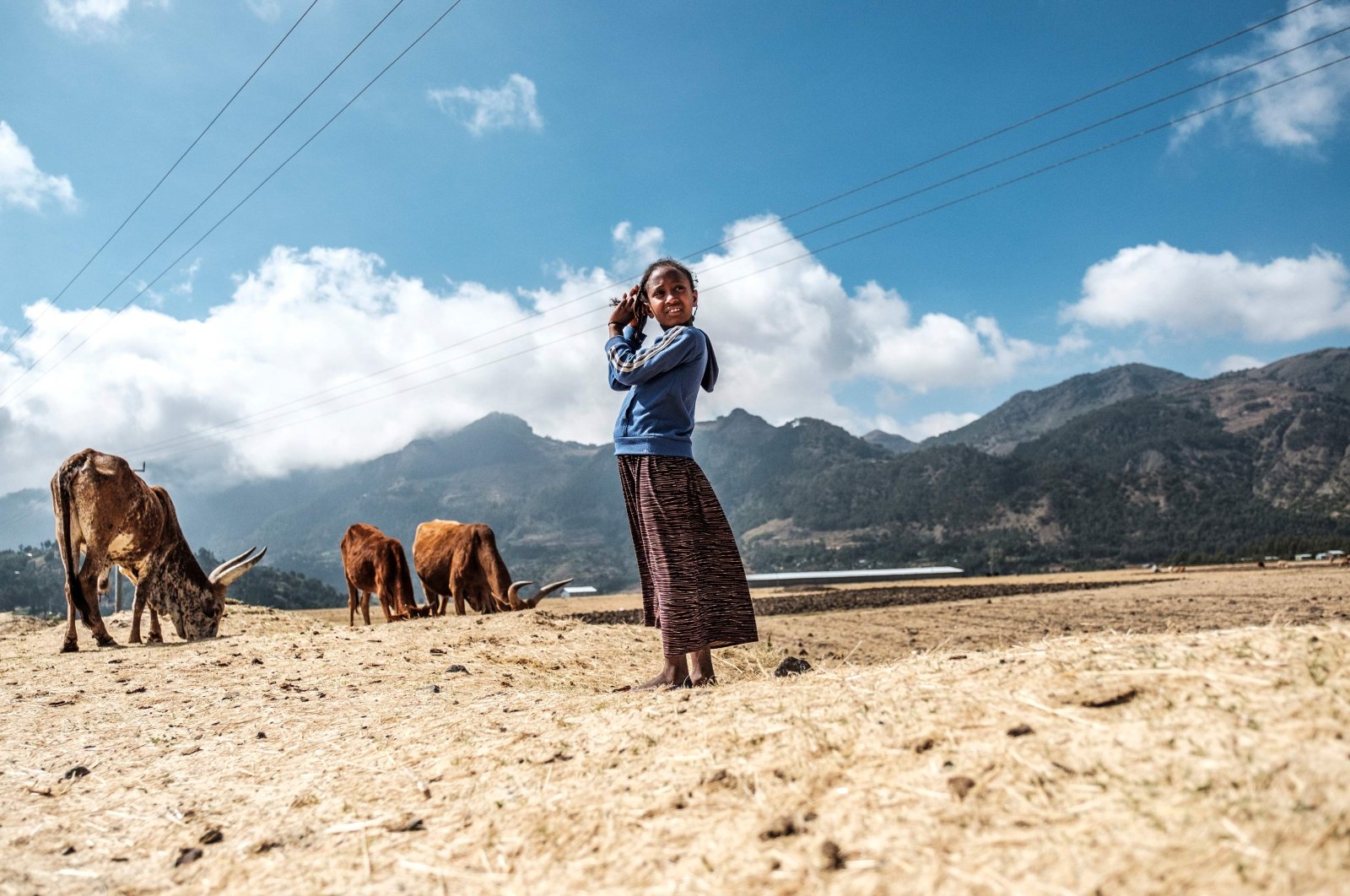 The civil war between the Ethiopian government and Tigray forces has sent 25,000 terrified and starved Ethiopian refugees fleeing into Sudan, amid concerns over an emerging humanitarian disaster.

Among the thousands of people fleeing the five-week-old conflict in Ethiopia's Tigray region are a few dozen men, women and children from Eritrea, one of the world's most authoritarian states. They were already living as refugees in Tigray, which had long been a safe haven for them during years of conflict and repression in Eritrea. But when Ethiopian Prime Minister Abiy Ahmed's government launched a military operation against Tigray's ruling party, the Eritrean refugees' illusion of safety was shattered as violence escalated around their camps.

For years, Ethiopia and Eritrea had been officially in a state of war. In 2018, Abiy took power, ending years of political dominance by the Tigray People's Liberation Front (TPLF) – sworn enemies of Eritrean President Isaias Afwerki. Abiy and Afwerki signed a historic peace agreement that same year, winning the Ethiopian leader the Nobel Peace Prize.

After the dramatic shift in alliances, Abiy's forces launched their operation in Tigray on Nov. 4, Eritreans who had long benefitted from protection in Ethiopia appear to have become a target. Since then, a few Eritrean refugees have managed to escape to Sudan.

The United Nations has expressed fears for the safety of those still in Tigray, home to some 96,000 Eritrean refugees living in four refugee camps. The Eritrean regime once used its war against Ethiopia to justify its system of universal conscription. But the system remains in place despite the fact that the war ended in the year 2000, followed by the peace agreement in 2018. Rights groups say Eritrea's national service often extends for years and any act of desertion or perceived disobedience leads to jail and torture.

According to camp manager Yaaqoub Mohammad, the Eritreans, like the Ethiopians, are safe in Sudan. But he worries for the Eritreans still in Tigray, after what he describes, citing the refugees themselves, as "an attack" on refugee camps in Sheraro. "The survivors fled to save their lives. Some of them were able to reach Sudan, while we don't know where the others are," Mohammad says.

On Friday, U.N. High Commissioner for Refugees Filippo Grandi said he was "deeply alarmed about the safety and well-being of Eritrean refugees in Ethiopia" caught in the conflict in Tigray. "Over the last month we have received an overwhelming number of disturbing reports of Eritrean refugees in Tigray being killed, abducted and forcibly returned to Eritrea," he added in a statement.

Prior to the conflict, UNHCR and other aid agencies provided aid for Eritrean refugees in the camps in Ethiopia. But most UNHCR staff have since been evacuated out of concern for their safety and Ethiopia has restricted access to Tigray.

Speaking to AFP in Gedaref, a Sudanese town near the camps, UNHCR's principal emergency coordinator Andrew Mbogori said Eritrean refugees find themselves in an especially difficult situation in Tigray. "You can imagine, you are a refugee in a country and then this country conflict erupts so you find yourself in double trouble," Mbogori said, adding they were "encountering a lot of difficulties."

Seated on a bench under the blazing midday sun with fellow Eritrean refugees, Shishay Yacoubay, a 46-year-old with a short goatee, says he arrived in Hamdayit just days after violence erupted in Tigray. Like Kheder, he does not know where his wife and four children are, though he believes they may still be at Hitsats camp near Sheraro in Tigray, where they lived. Shishay also said Eritreans were among those firing at the camp. "We were living peacefully. But suddenly Eritreans and federal soldiers came and started to fire at civilians," Shishay told AFP through a translator. "So after that I fled the camp, separated from my family."

On Friday, the U.S. said it believed Eritrean forces had entered Tigray and urged their withdrawal. "We are aware of credible reports of Eritrean military involvement in Tigray and view this as a grave development," a State Department spokesperson said. But Ethiopian ambassador to the U.S. Fitsum Arega denied this, saying in a tweet: "Repeat a lie often enough and it becomes the truth!"

If confirmed, the presence of Eritrean soldiers in Tigray would represent a major shift in a conflict that has already pushed nearly 50,000 people from Tigray into Sudan, according to U.N. figures. With Ethiopian-Eritrean relations restored, it may be that Eritrea no longer wants Ethiopia to host any dissidents or deserters, according to William Davison, senior analyst for Ethiopia with the International Crisis Group think tank.