Ethiopia accuses US of 'undiplomatic' role in Nile Dam talks 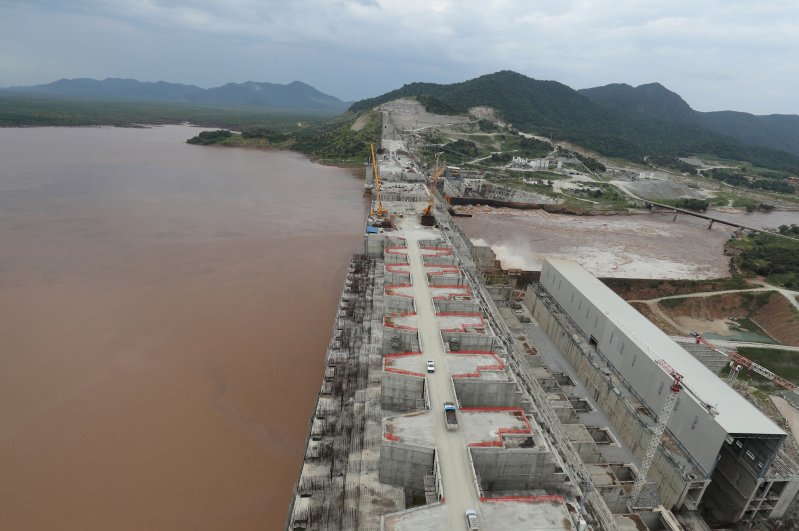 Ethiopia on Tuesday accused the United States of being "undiplomatic" in its push to resolve a row over a giant dam on the Nile River but vowed to continue with ongoing talks.

The Grand Ethiopian Renaissance Dam, set to become the largest hydropower plant in Africa, has been a source of tension between Addis Ababa and Cairo since Ethiopia broke ground on the project in 2011.

Last week the Treasury Department issued a statement claiming an agreement had been reached and urged Ethiopia to sign "at the earliest possible time."

Egypt issued its own statement saying it had initialed the agreement, calling it "fair and balanced" and in "the common interest of the three countries." Ethiopia, which skipped the most recent round of talks, denied there was a deal and expressed "disappointment" with the U.S. statement, but did not spell out its position on future negotiations.

At a press conference Tuesday, Ethiopian Foreign Minister Gedu Andargachew said Ethiopia would stick with the U.S.-facilitated talks but warned Washington not to rush the process or try to influence the outcome. "The recent statement by the US we believe is undiplomatic and does not reflect a great nation like this," Gedu said. "We want Americans to play a constructive role. Any other role is unacceptable."

Ethiopia sees the dam as essential for its electrification and development, while Egypt, which depends on the Nile for 90% of its irrigation and drinking water, sees it as an existential threat.

The biggest initial hurdle is the filling of the dam's enormous reservoir, which can hold 74 billion cubic meters of water. Egypt is worried Ethiopia will fill the reservoir too quickly, reducing water flow downstream. In its statement Friday, the Treasury Department said "final testing and filling should not take place without an agreement," a position endorsed by Sudan.