Ethiopia kicks out 7 UN staff ‘for meddling’ in Tigray conflict 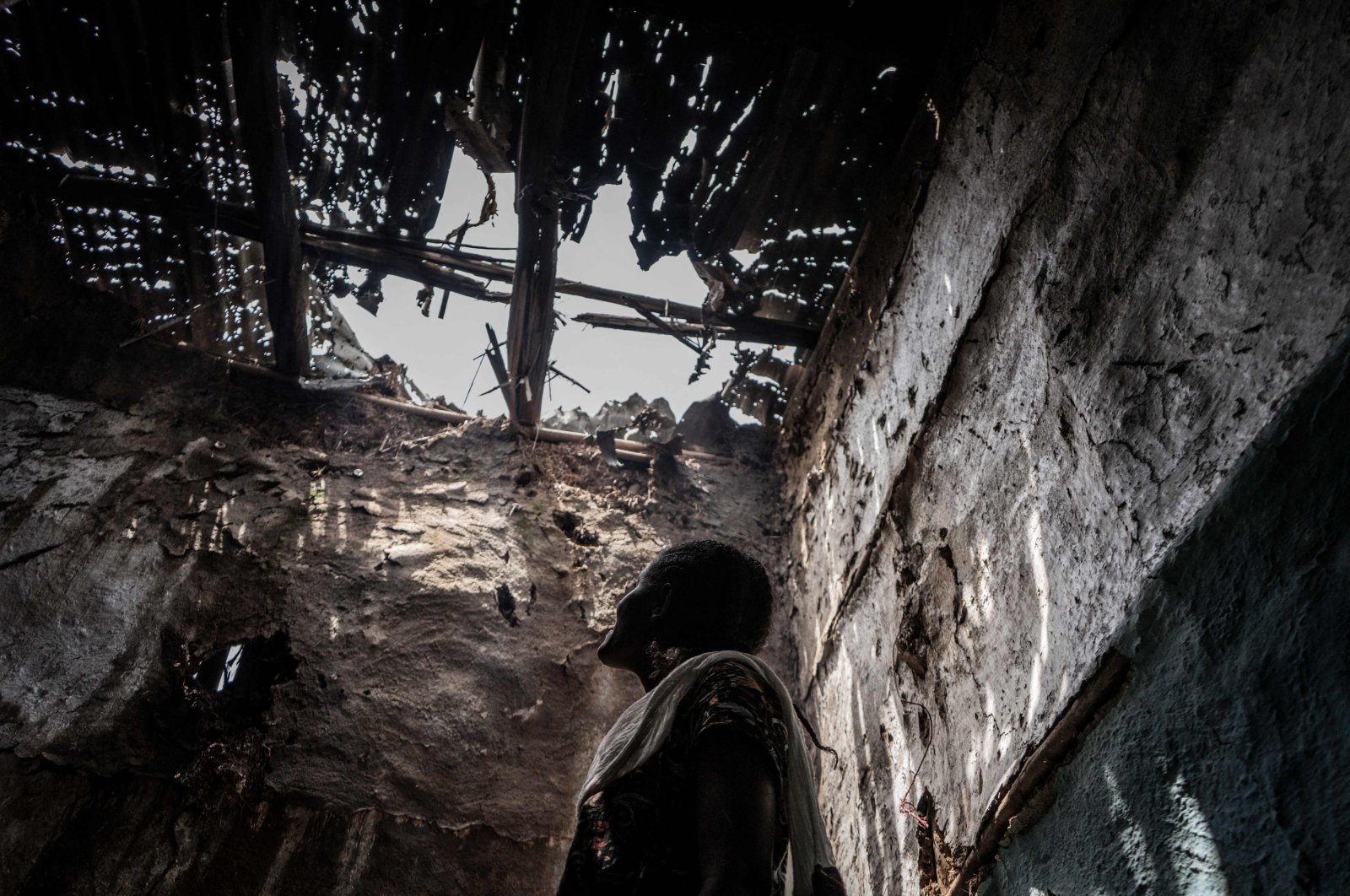 A woman shows her house, which was allegedly attacked by pro-TPLF (Tigray People Libration Front) rebels, in the village of Zarima, 140 kilometers from Gondar, Ethiopia, Sept. 16, 2021. (AFP Photo)
by DAILY SABAH WITH AGENCIES Sep 30, 2021 6:09 pm
RECOMMENDED

Ethiopia said Thursday it is throwing out seven United Nations officials for "meddling" in its affairs, a move that came after aid workers sounded the alarm on humanitarian access to conflict-torn Tigray.

A foreign ministry statement said the officials must leave Ethiopia within 72 hours. They include five people with the U.N. humanitarian agency, one with the U.N. human rights office and the UNICEF representative in the country. The statement did not give details of their alleged interference.

The U.N. humanitarian chief, Martin Griffiths, this week told The Associated Press (AP) that the crisis in Ethiopia is a “stain on our conscience” as children and others starve to death in the Tigray region under what the U.N. has called a de facto government blockade of food, medical supplies and fuel.

It was one of the most sharply worded criticisms yet of the world’s worst hunger crisis in a decade after nearly a year of war in the country. Memories of the 1980s famine in Ethiopia, which killed some 1 million people and whose images shocked the world, are vivid in his mind, “and we fervently hope is not happening at present,” Griffiths said.

Ethiopia’s government has accused humanitarian workers of supporting the Tigray forces who have been fighting its soldiers and allied forces since November, which aid workers have denied. Thousands of people have been killed in the conflict.