Ethiopia on brink of war as conflict with Tigray region escalates 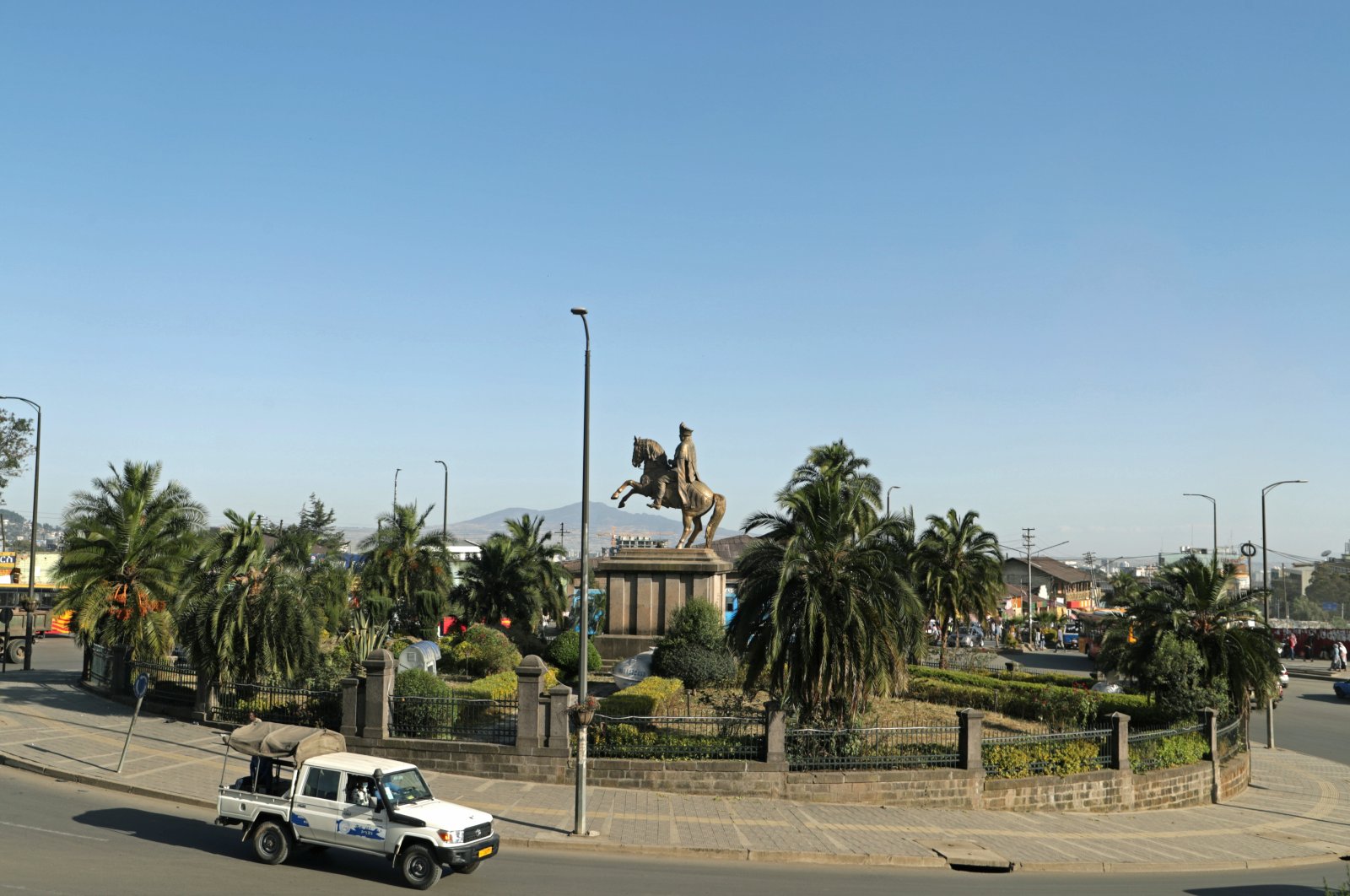 Ethiopian federal police officers ride in their pickup truck as they patrol along the street in the Piassa neighborhood of Addis Ababa, Ethiopia, Nov. 4, 2020. (Reuters Photo)
by Agencies Nov 06, 2020 12:47 pm
RECOMMENDED

Ethiopia's war preparations in the country's Tigray region have dashed international hopes of averting a conflict between Prime Minister Abiy Ahmed's government and the powerful Tigray People's Liberation Front (TPLF), while threatening to fracture one of Africa’s most powerful and populous countries and the stability of one of the world’s most strategic regions, the Horn of Africa.

Ethiopia's prime minister on Friday said his government has carried out airstrikes against the forces of the country's well-armed Tigray region, asserting that strikes in multiple locations “completely destroyed rockets and other heavy weapons" and made it impossible for a retaliatory attack.

There was no mention of casualties in what Abiy called the “first round of operation" against the region's government, the TPLF. He said the air force destroyed heavy weapons in Tigray's capital, Mekele, and surrounding areas, alleging the TPLF “has the desire to use them.”

The operation will continue, Abiy said, "until the junta is made accountable by law.”

There was no immediate response from the Tigray government, while the region is increasingly boxed in by movement restrictions and a six-month state of emergency imposed by the federal government.

Hours earlier, the prime minister defended the military operations that were launched early Wednesday after Abiy accused the Tigray government of a deadly attack on a military base. He asserted that months of patiently trying to resolve differences with the regional government have failed because of the leadership’s “criminal hubris and intransigence.”

And with that, the prime minister appeared to close the door on dialogue, which some experts and diplomats say is desperately needed.

He asserted that the “large-scale law enforcement operation” has "clear, limited and achievable objectives: to restore the rule of law and the constitutional order," after the head of the United Nations said he was deeply alarmed by fighting in the well-armed northern region.

"The stability of Ethiopia is important for the entire Horn of Africa region. I call for an immediate de-escalation of tensions and a peaceful resolution to the dispute," Guterres said in a message on Twitter seen on Friday.

Abiy's government is mobilizing troops from around the country and sending them to Tigray, after two days of clashes between government forces and a powerful ethnic faction that led the country's ruling coalition for decades.

Communications were cut in Ethiopia’s heavily armed northern Tigray region on Wednesday morning, and Abiy announced he had ordered troops to respond to an alleged deadly attack by Tigray’s forces on a military base there. Both sides have accused each other of initiating the fighting.

Both sides stepped up pressure late Thursday. Ethiopia’s army said it was deploying troops from around the country to Tigray, and the Tigray leader alleged that fighter jets had bombed parts of the regional capital. “We are ready to be martyrs,” he said. Casualties have been reported on both sides.

Some experts have compared the confrontation to an inter-state war, with two large and well-trained forces and little sign of backing down. Ethiopia is one of Africa’s most well-armed nations, and TPLF dominated Ethiopia’s military and government before Abiy took office in 2018. It has plenty of conflict experience from Ethiopia's yearslong border war with Eritrea, next door to the Tigray region, and the International Crisis Group estimates that the TPLF's paramilitary force and local militia have some 250,000 troops.

Ethiopia’s ruling coalition appointed Abiy as prime minister in 2018 to help calm months of anti-government protests, and he quickly won praise – and the Nobel Peace Prize – for opening political space and curbing repressive measures in the country of some 110 million people and scores of ethnic groups. But the TPLF felt increasingly marginalized, and last year it withdrew from the ruling coalition.

The conflict could spread to other parts of Ethiopia, where some regions have been calling for more autonomy, and deadly ethnic violence has led the federal government to restore measures including arresting critics. Addressing those fears, Ethiopia's deputy army chief Birhanu Jula late Thursday said of Tigray, "The war will end there.”

Observers warn that a conflict could draw in crisis-hit countries, including Eritrea, Somalia, Sudan and others not far from the most strategic military outpost in Africa, tiny Djibouti, where several global powers including the U.S. and China have their only military bases on the continent. The Horn of Africa is also a short water crossing away from Yemen and the rest of the Arabian Peninsula.