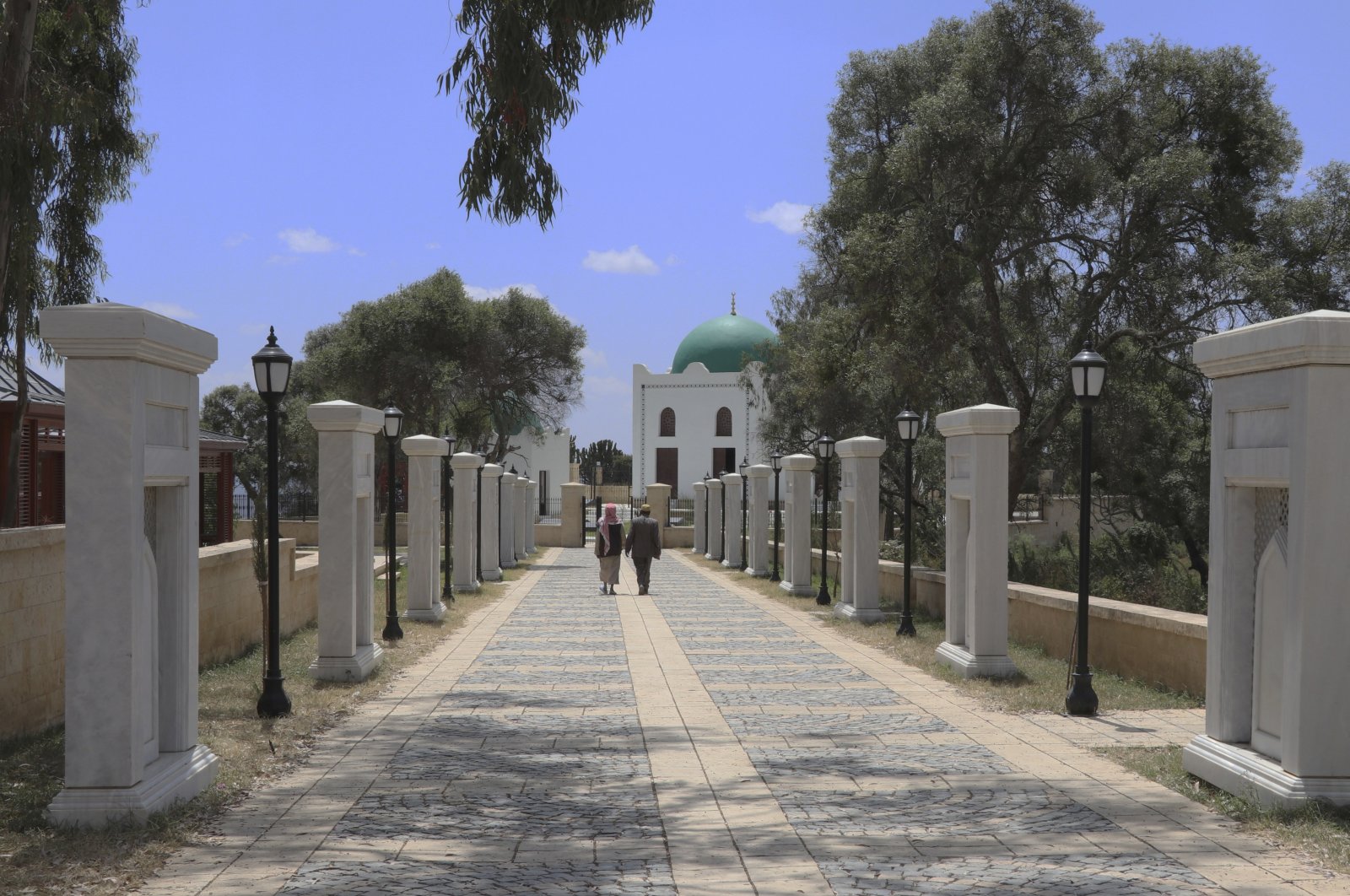 The iconic mosque, located in the Kilte Awulaelo woreda, or district, houses the tombs of the companions of the Prophet Muhammad who came to Ethiopia fleeing persecution at the hands of idolaters in Saudi Arabia during the seventh century.

Considered by many as the second-most sacred place of Islamic worship and dubbed by Ethiopian Muslims as "the second Mecca," Al Nejashi Mosque was struck by heavy weapons at multiple points including its minarets during a military operation launched in November last year by the Ethiopian government against the outlawed Tigray People's Liberation Front (TPLF).

A technical team of the government will travel to the site to see the extent of damage the mosque sustained and then restoration work will follow, the deputy director of the Ethiopian Authority for Research and Conservation of Cultural Heritage told state-owned Ethiopian Broadcasting Corporation (EBC).

EBC showed a trench used by TPLF forces near the site of the mosque, while the mosque's imams said it was sacrilegious on the part of the TPLF to have dug trenches there. They said they had expressed opposition, but the TPLF forces would not listen. Emanuel Church nearby was also damaged in the military confrontation.

On Nov. 4 last year, Ethiopia launched what it described as a law enforcement operation against the TPLF, whose forces stormed the Northern Command of the Ethiopian Defense Forces, looted military hardware and killed soldiers in the early hours of Nov. 3.

Ethiopian Prime Minister Abiy Ahmed, who took office in 2008, declared the military operation over on Nov. 28 after the fall of the regional capital, Mekele, to the Ethiopian army. Tigray is now being governed by an interim administration.

TPLF forces fired rockets targeting many economic and public institutions and infrastructure facilities, including the airports of the lakeside city of Bahir Dar and the historic town of Gonder.