Ethiopia says will fill Nile dam regardless of deal with Egypt, Sudan 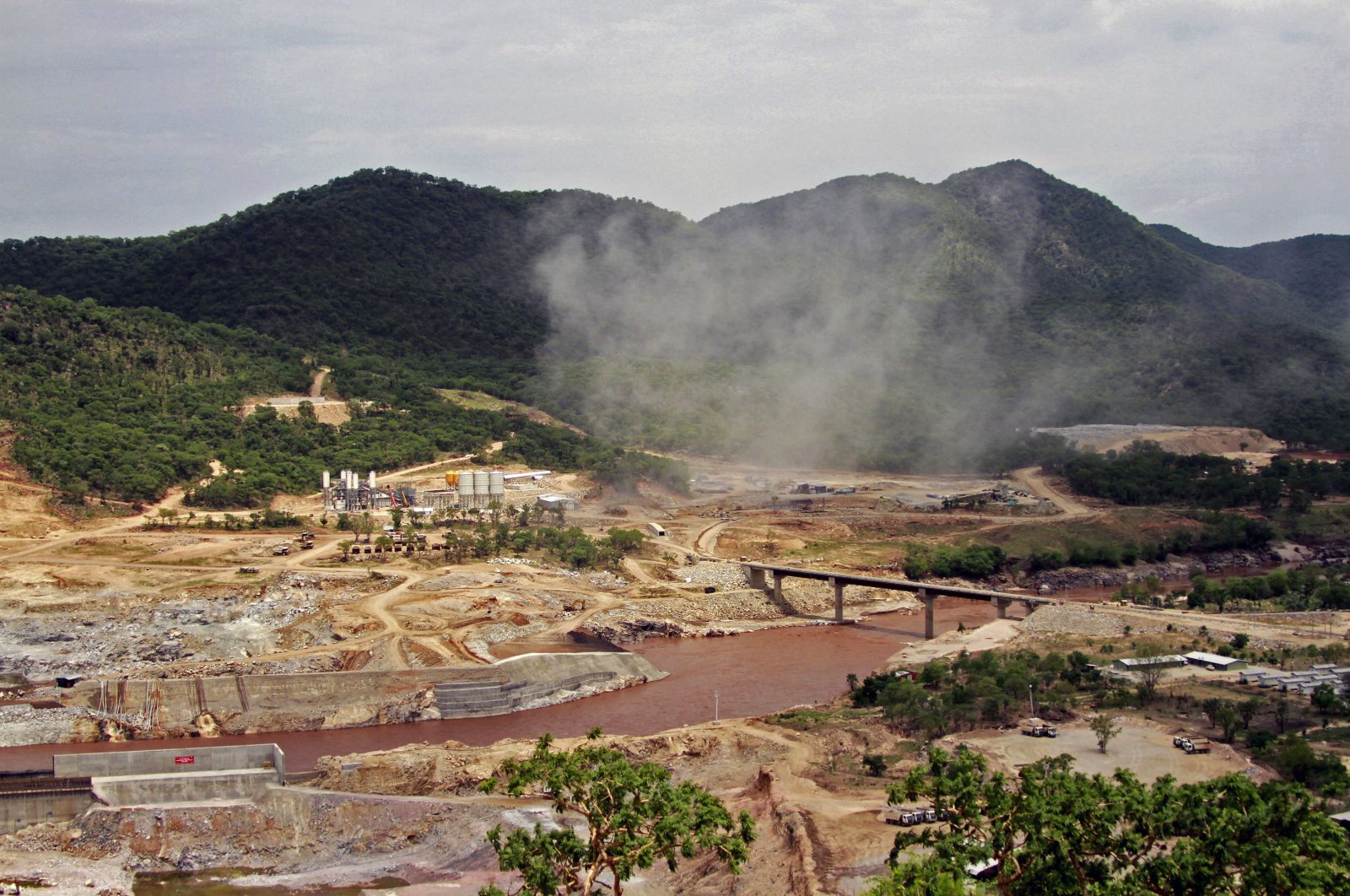 The Blue Nile river flows near the site of the planned Grand Ethiopian Renaissance Dam near Assosa in the Benishangul-Gumuz region of Ethiopia, near Sudan, some 800 kilometers (500 miles) from the capital Addis Ababa, June 28, 2013. (AP Photo)
by Agencies Jun 26, 2020 11:46 am
RECOMMENDED

Ethiopia says it will start filling the reservoir of Africa's largest dam along the Nile, despite a lack of agreement from downstream nations Egypt and Sudan.

The $4.6 billion Grand Ethiopian Renaissance Dam (GERD), which Ethiopia has been building since 2010 along the Blue Nile, has long caused animosity with Egypt.

"We will go ahead with the filling of the dam next month even if there's no agreement reached," Ethiopian Foreign Minister Gedu Andargachew told German Press Agency (dpa).

He said that while they were still hoping to reach an agreement, "Egypt's insistence on controlling the river flow" was hampering proceedings.

A decade of arduous talks involving the two downstream countries, Egypt and Sudan, and upstream Ethiopia have ended in deadlock, with Egypt turning to the U.N. Security Council last week.

Egypt formally asked the Security Council to intervene in a three-page letter the same day.

The Egyptian letter asked the U.N.’s most powerful body to call Ethiopia back into talks for a “fair and balanced solution,” and to urge it to refrain from unilateral acts. The government warned that filling the dam without a deal “constitutes a clear and present danger to Egypt,” with repercussions that “threaten international peace and security.”

Egypt seeks a legally binding deal that would guarantee the appropriate flows of water and a legal mechanism for resolving disputes before the dam starts operating. Sudan later joined Egypt in asking the Security Council to intervene in the dispute, warning that the window for the three countries to reach an agreement “is closing by the hour.”

Sudanese Foreign Minister Asmaa Mohammed Abdalla asked the council in a letter obtained Thursday by The Associated Press to call on leaders of the three countries “to demonstrate their political will and commitment by resolving the few remaining issues and conclude an agreement” on the basis of the draft Sudan submitted June 14.

Ethiopia, however, has threatened to start filling the 74 billion-cubic-meter reservoir when the rainy season begins in July, a step Egypt considers both unacceptable and illegal.

Ethiopia wants the hydroelectric dam in order to expand its power exports whereas Egypt relies almost exclusively on the Nile for farming, industry and domestic water use.

It is concerned that GERD's sluices will control water flow in ways that will make life difficult for Egyptians.

"The Egyptians want us to offer a lot, but they are not ready to offer us anything. They want to control everything. We are not discussing a water-sharing agreement," Andargachew said.

The United States earlier this year tried to broker a deal, but Ethiopia did not attend the signing meeting in February and accused the Trump administration of siding with Egypt. Last week, the U.S. National Security Council tweeted that “257 million people in east Africa are relying on Ethiopia to show strong leadership, which means striking a fair deal.”

U.N. Secretary-General Antonio Guterres said at a news conference Thursday that the U.N. believes the negotiating process “is still moving forward” and fully supports it.

“We believe that the only way out in a situation like this is through dialogue among the parties, and we will be at the disposal of the parties,” he said.