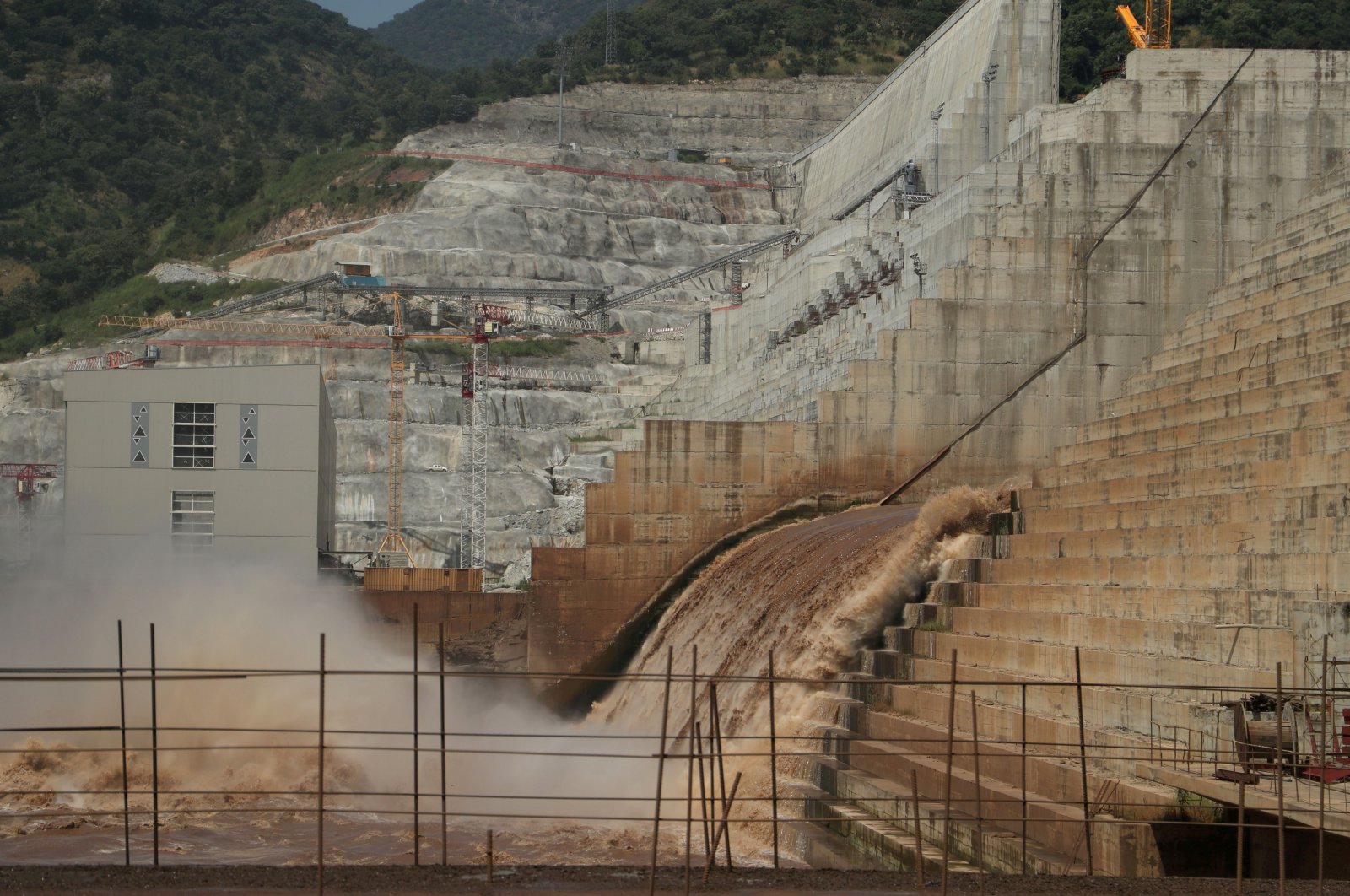 Negotiations between Egypt, Ethiopia and Sudan over the contentious dam that Ethiopia is building on the Nile River will resume Tuesday, according to the chairman of the African Union, South African President Cyril Ramaphosa.

Talks over the filling and operation of the Grand Ethiopia Renaissance Dam broke off seven weeks ago and are set to restart after the African Union had extensive consultations with the three countries, according to a statement issued by Ramaphosa Monday.

He said the resumption of the talks shows the "strong political will and commitment” by the leaders of the three countries to achieve a "peaceful and amicable resolution” to the issues over the dam. Ethiopia is nearing completion of the $4.6 billion dam which it hopes will spur economic growth and extend electric power to many of its more than 110 million people.

Egypt and Sudan, however, have expressed concern that the dam will reduce the flow of Nile River waters to their countries.

Egypt relies heavily on the Nile to supply water for its agriculture and to its more than 100 million people.

Ethiopia celebrated the first stage of the filling of the dam in August, citing heavy rains, to the dismay of Egypt. Ethiopia later banned flights over the dam amid concerns over possible military action by Egypt.

Ethiopia last week denounced "belligerent threats” over its construction of the dam, a day after U.S. President Donald Trump said downstream Egypt will "blow up” the project it has called an existential threat.

"They (Egypt) will end up blowing up the dam,” Trump said on Friday. "And I said it and I say it loud and clear ... they’ll blow up that dam. And they have to do something,” said Trump while announcing that Sudan would start to normalize ties with Israel.

Ethiopia’s foreign minister summoned the U.S. ambassador to seek clarification, saying "the incitement of war between Ethiopia and Egypt from a sitting U.S. president neither reflects the longstanding partnership and strategic alliance between Ethiopia and the United States nor is acceptable in international law governing interstate relations,” a statement said.

A statement issued by Ethiopia’s parliament on Sunday stated Trump's remark was "irresponsible” and "pathetic.” It added "no force on earth could stop us from finishing the dam.”

Sudan’s Irrigation Minister Yasser Abbas called for a new negotiating approach that will allow "a broader and more effective” role for foreign experts and observers to push the talks forward, the state-run SUNA news agency reported Monday. Sudan will take part in the next round to discuss "creating different negotiation methods and approaches,” he said in a letter to South Africa’s International Relations and Cooperation Minister Naledi Pandor.

The U.S. president earlier this year told the State Department to suspend millions of dollars in aid to Ethiopia because of the dam dispute, angering Ethiopians who had accused the U.S. of being biased during its earlier efforts to broker a deal between the three countries. Ethiopia walked away from those talks.

"Occasional statements of belligerent threats to have Ethiopia succumb to unfair terms still abound,” said a statement by the office of Ethiopian prime minister Abiy Ahmed on Saturday. "These threats and affronts to Ethiopian sovereignty are misguided, unproductive, and clear violations of international law.”

It added: "Ethiopia will not cave in to aggressions of any kind.”

The statement by Abiy’s office said the talks with Egypt and Sudan have shown significant progress since the African Union has stepped in to oversee them. Trump’s statement could undermine that process, said Abel Abate Demissie, an associate fellow at Chatham House, adding that it proves the U.S. wasn’t an honest broker from the start. In the first official comments by Egypt since Trump’s remarks on Friday, Mohammed el-Sebaei, a spokesperson for Egypt’s irrigation ministry, said: "Egypt is ready to negotiate seriously to have these talks succeed in order to reach a fair and balanced agreement that achieves the interests of the three countries.” Egypt has repeatedly said it wants to settle the dispute through diplomatic means, but it has said it would use "all available means” to defend the interests of its people.

Trump’s new remarks have prompted some Ethiopians to urge Ethiopian Americans to vote against the president him in next month’s election. Negotiators have said key questions remain about how much water Ethiopia will release downstream if a multi-year drought occurs and how the countries will resolve any future disputes. Ethiopia rejects binding arbitration at the final stage. A military strike on the dam would be disastrous, one water expert warned.

"The dam already has more than 4.9 billion cubic meters of water in its reservoir,” Abebe Yirga told The Associated Press (AP).

"It will affect thousands of people along the way if this huge amount of water gushes out of the dam.”

Ethiopia is building the dam on the Blue Nile, which joins the White Nile in Sudan to become the Nile River, and about 85% of the river’s flow originates from Ethiopia. Officials hope the dam, now more than three-quarters complete, will reach full power-generating capacity in 2023.