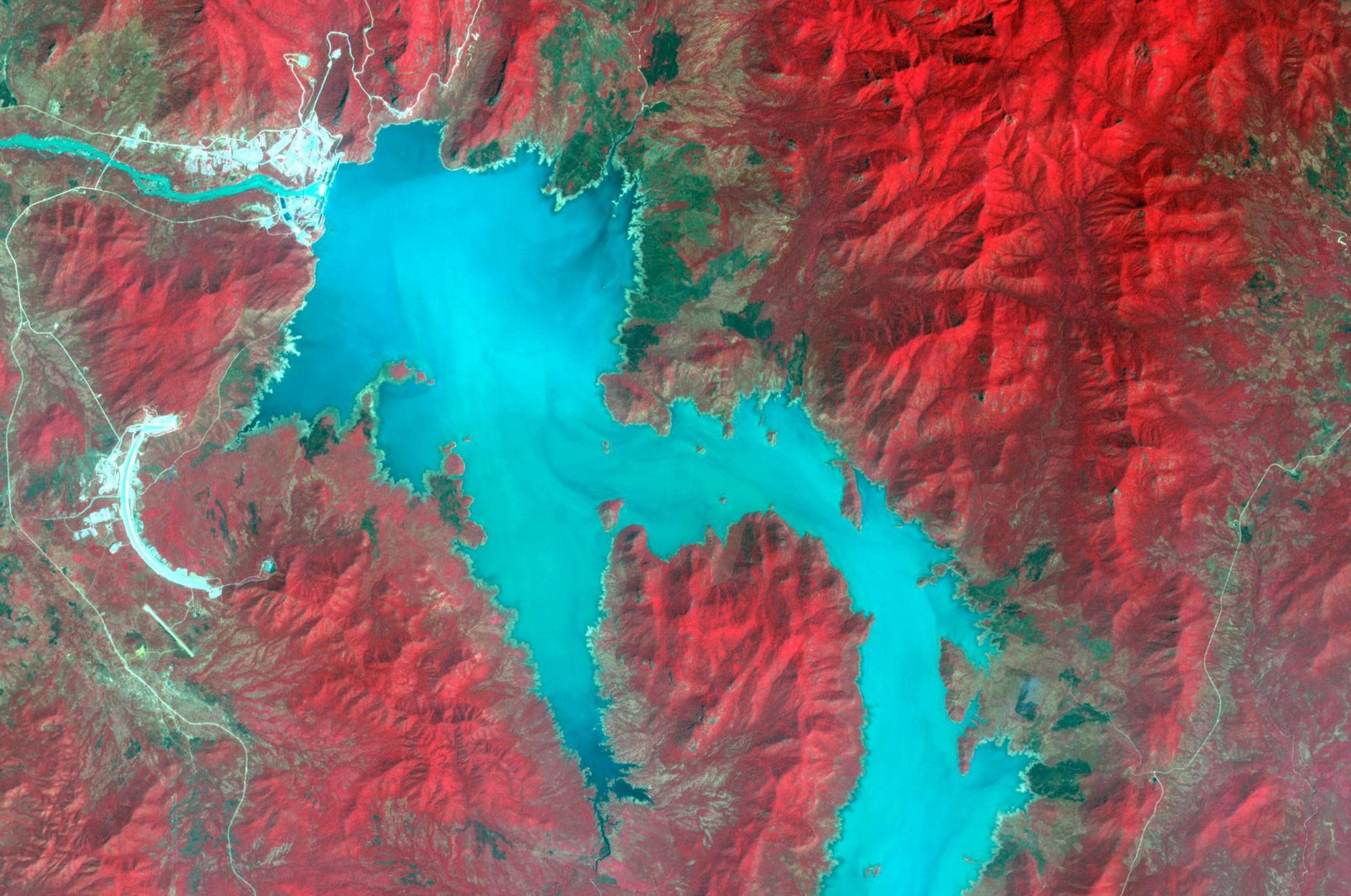 Following recent failed negotiations between Ethiopia, Egypt and Sudan over the Blue Nile dam, Addis Ababa said Wednesday that it would not be deterred from impounding water at the mega-dam, leaving neighbors worried about their water supply.

The Grand Ethiopian Renaissance Dam has been a source of tension in the Nile River basin ever since Ethiopia broke ground on it in 2011.

Downstream neighbors Egypt and Sudan view the dam as a threat because of their dependence on Nile waters, while Ethiopia considers it essential for its electrification and development.

The latest round of talks concluded Tuesday in Kinshasa with no resolution to long-running disputes over how the dam will be operated.

But Ethiopian Water Minister Seleshi Bekele told a press conference Wednesday that Ethiopia would continue filling the dam's massive reservoir during the upcoming rainy season, which normally begins in June or July.

"We don't deviate from that at all."

But Sudan's irrigation minister warned Wednesday that his country stood ready to harden its stance in the dispute and lobby afresh at the highest international levels.

"For Sudan, all options are possible, including returning (the matter) to the U.N. Security Council and hardening policy... (if) Ethiopia embarks on a second filling (of the dam) without agreement," Yasser Abbas told reporters.

"I tell our Ethiopian brothers – don't touch a drop of Egypt's water, because all options are open," el-Sissi said, echoing comments he made last week.

The reservoir has a capacity of 74 billion cubic meters.

Filling began last year, with Ethiopia announcing in July 2020 it had hit its target of 4.9 billion cubic meters – enough to test the dam's first two turbines, an important milestone on the way towards actually producing energy.

The goal is to impound an additional 13.5 billion cubic meters this year.

Egypt and Sudan wanted a trilateral agreement on the dam's operations to be reached before reservoir filling began.

But Ethiopia says filling is a natural part of the dam's construction and is thus impossible to postpone.

Seleshi disputed this Wednesday but said Ethiopia had offered to share data with Sudan during filling this year, adding that officials "don't want to be made accountable for problems that we haven't created."

He complained, though, that Sudan and Egypt spent most of the time in Kinshasa pushing for an elevated role in negotiations for observers from South Africa, the United States and the European Union.

Ethiopia has rejected this, saying it would undermine the process headed by the Democratic Republic of Congo (DR Congo), the current chair of the African Union. Ethiopia's foreign ministry said Tuesday it expected talks to resume later this month.

Egypt has described them as the last chance to reach an agreement, after el-Sissi said last week that the region faces "unimaginable instability" over the project.

Seleshi on Wednesday played down the possibility that tensions over the dam would lead to conflict.