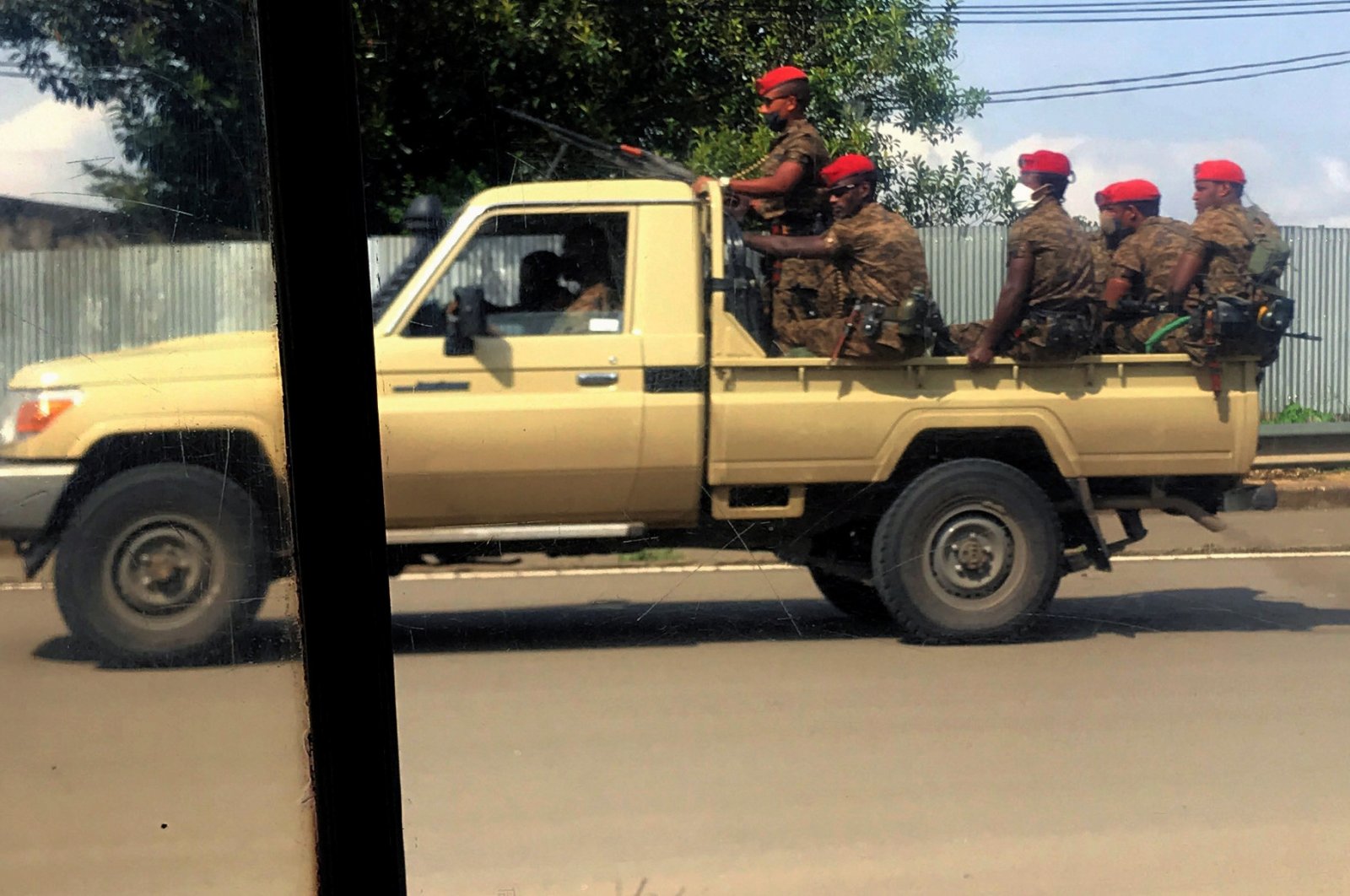 Soldiers of the Ethiopian military ride on their pickup truck as they patrol the streets following protests in Addis Ababa, Ethiopia, July 2, 2020. (Reuters Photo)
by ASSOCIATED PRESS Jan 01, 2021 10:57 am

A new report says Ethiopian security forces killed more than 75 people and injured nearly 200 during deadly unrest in June and July after the killing of a popular singer. More than 30 others were beheaded, tortured or dragged in the streets by attackers amid ethnic slurs.

The Ethiopian Human Rights Commission in its report released Friday says 123 people in all were killed and at least 500 injured in one of the country’s worst outbreaks of ethnic violence in years, a “widespread and systematic attack” against civilians that points to crimes against humanity.

The unrest in June and July followed the killing of singer Hachalu Hundessa, who had been a prominent voice in the anti-government protests that led to Abiy taking office in 2018 and announcing sweeping political reforms.

The unrest was unrelated to the conflict in Ethiopia’s northern Tigray region that began in early November, another sign of the tensions straining the country of some 110 million people at the heart of the Horn of Africa.

A spokeswoman for Abiy’s office did not immediately comment. Interviews with government officials and security figures were part of the commission’s investigation, which also involved visiting some 40 communities.