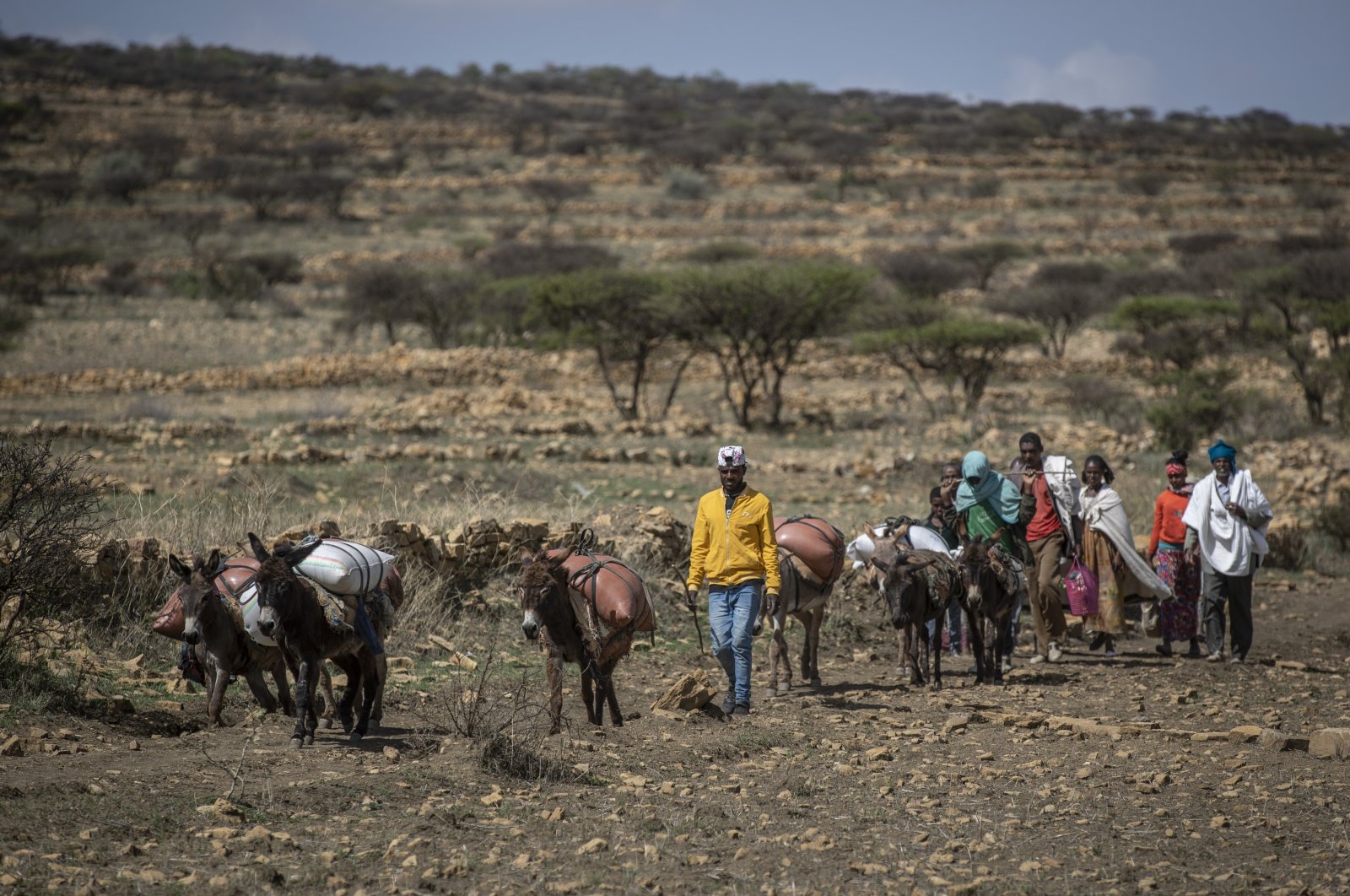 People walk from a rural area towards a nearby town housing a food distribution center operated by the Relief Society of Tigray, near the town of Agula, in the Tigray region of northern Ethiopia, May 8, 2021. (AP Photo)
by REUTERS May 28, 2021 1:00 pm
RECOMMENDED

The United Nations refugee agency expressed deep concern on Friday over reports that soldiers were taking away hundreds of people from camps for internally displaced persons (IDP) in the war-torn Tigray region of Ethiopia earlier this week, saying such places should be a safe haven.

Three aid workers and a doctor told Reuters this week that Eritrean and Ethiopian soldiers forcibly detained more than 500 young men and women from four camps for displaced people in the town of Shire in the northern region on Monday night.

"We reiterate our call on all parties to ensure the protection of civilians including the forcibly displaced. It is crucial that all parties to the conflict recognize the civilian and humanitarian character of the displacement sites," Babar Baloch, spokesperson of the U.N. High Commissioner for Refugees (UNHCR), told a Geneva news briefing.

Some had been released after the UNHCR raised the matter with Ethiopian authorities, he said, providing no figure.

"The situation is traumatic and distressing not only for the relatives of the missing but for all the displaced communities residing in Shire," he added.

It was not immediately clear where the remaining youth were being detained, he added.

Thousands of people have been killed since the conflict erupted. Some 2 million have been forced from their homes and 91% of the population of nearly 6 million are in need of aid, according to the latest report by the U.N. Office for the Coordination of Humanitarian Affairs.