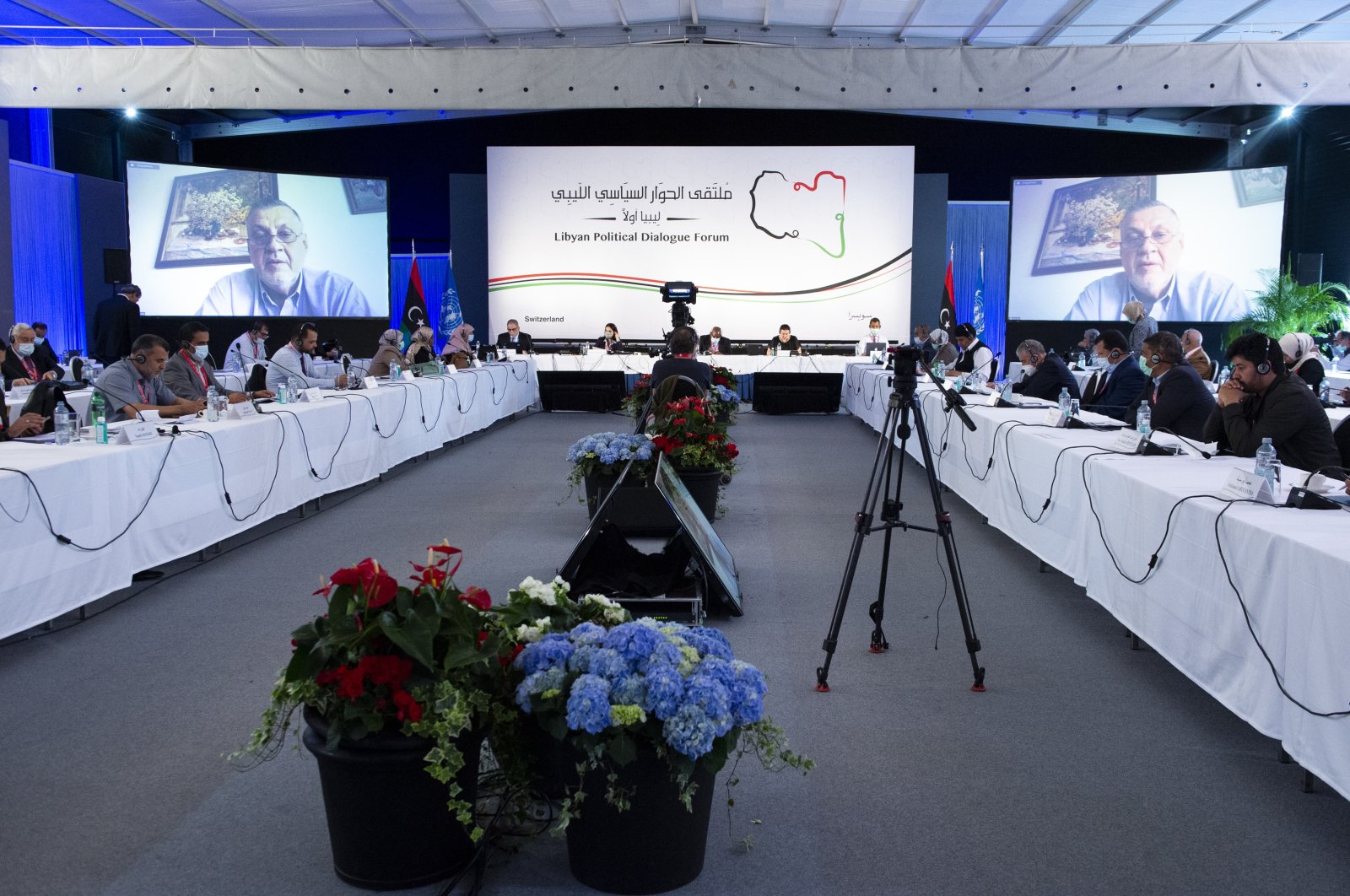 The recent disagreements on reaching a compromise to hold elections in Libya in December threaten the roadmap that aims to finally end a decade of chaos in the war-torn country, analysts said. 75 delegates from the war-torn North African country aired their differences at rowdy meetings in Geneva last week.

But despite an extra day of unscheduled talks, they remain divided over when to hold elections, what elections to hold and on what constitutional grounds – a blockage that threatens to hurl Libya back into crisis.

“No consensus was reached among the LPDF (Libyan Political Dialogue Forum) members” on the contentious question of a constitutional basis for the previously agreed December 24 polls, the U.N. acknowledged Saturday.

Under a U.N.-backed cease-fire agreed last October, an interim administration was established in March to prepare for presidential and parliamentary polls on Dec. 24.

The U.N.’s Libya mission UNSMIL, in its statement Saturday, warned that “proposals that do not make the elections feasible” on that date “will not be entertained.”

Back into political crisis

“The differences which emerged in Geneva were to be expected,” said Khaled al-Montasser, professor of international relations at the University of Tripoli.

“A first group called for elections to be postponed to next year, a second only wants parliamentary elections and a third remains committed to the roadmap” that envisions both legislative and presidential polls.

The LPDF members were supposed to have agreed by July 1 on the constitutional basis for parliament to adopt an election law.

“We had a consensus on a draft text ... but right from the start of the (Geneva) meetings, it was brought into question by certain members who made new proposals,” one delegate told Agence France-Presse (AFP), asking not to be identified.

They tried to “evade their commitment to holding elections” on schedule, he said.

But Jalal al-Fitouri, a law professor, said the divisions were “orchestrated in advance.”

“It’s not a secret to anyone that the (foreign) states monopolizing the Libya file ... put pressure on those who represented them within the LPDF in Geneva,” he said. “Each state supports a particular side and has a position on how to hold the vote and on conditions for candidacy.”

By manipulating the process, foreign players are hoping to ensure their favorites come to power and can represent their interests in Libya’s lucrative post-war reconstruction, he added.

Since last year’s cease-fire, the security situation in Libya has slowly improved, but progress has stalled, notably on another key prerequisite for the polls – the withdrawal of all foreign forces. The United Nations has estimated that 20,000 foreign forces, including Russian mercenaries, are still on Libyan territory. Turkey refuses to withdraw its military, saying its presence is based on an agreement with the previous unity government in Tripoli.

Turkey’s Defense Ministry notes that the Turkish presence in Libya is based on the invitation of the legitimate U.N.-recognized government and the security agreement signed between the two parties. As part of the deal, Turkish soldiers continue to provide military training and consultation in coordination with their efforts to help the Libyan Army to professionalize and reach international standards with ongoing education in five training centers.

Turkey's support for the war-torn country prevented it from plunging into further conflict and paved the way for the U.N.-led political solution process between the warring parties.

Turkey announced its support for U.N.-led talks in Geneva on Oct. 19-23, which resulted in a declaration of a cease-fire, as it supported the talks in Istanbul and Moscow.

Ankara continues to support the country's territorial integrity, a sustainable cease-fire and ensuring lasting peace and stability in Libya.