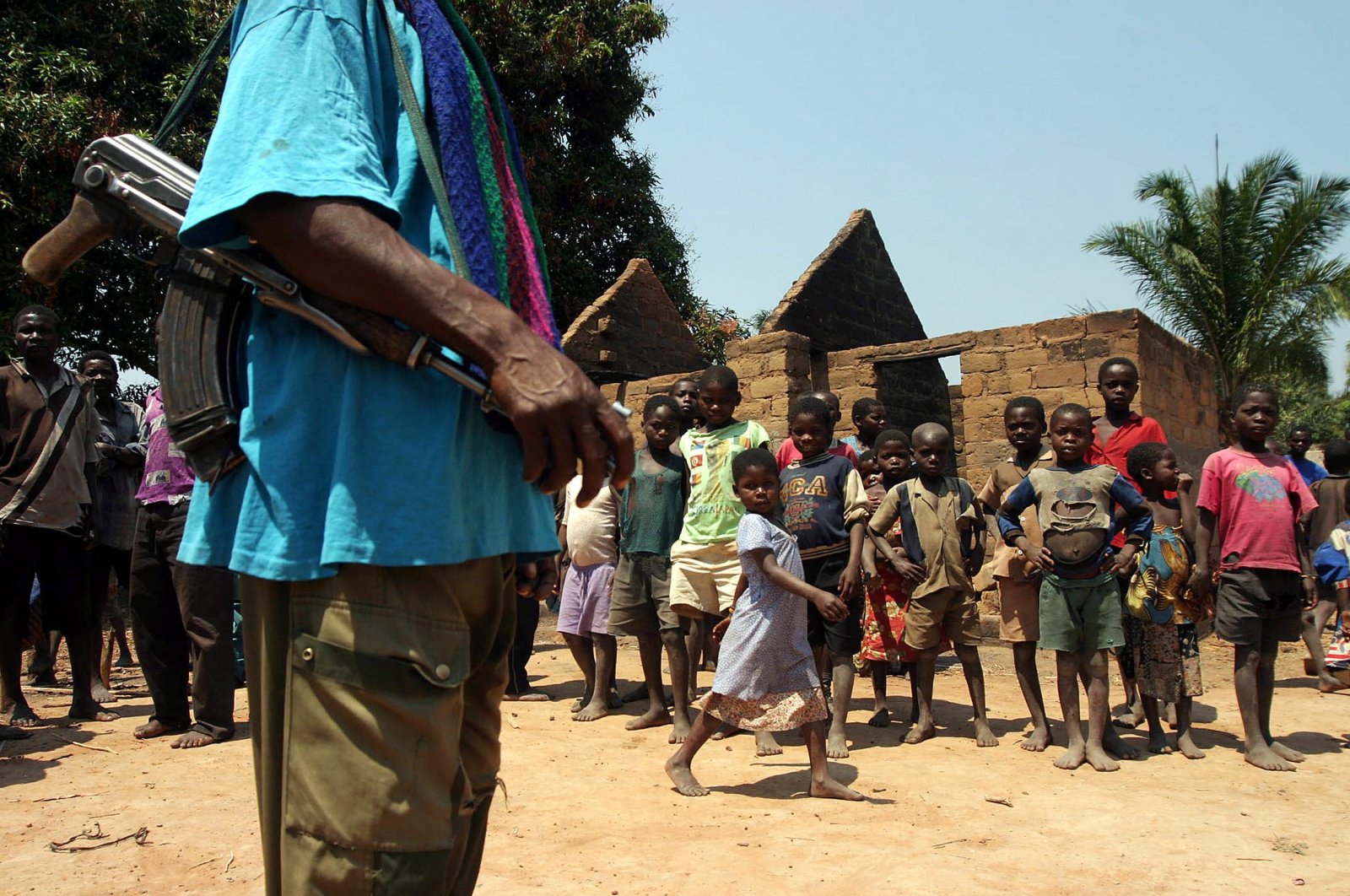 A government soldier stands guard in the remains of the burnt out village of Kabula, near Mukana village in Congo's Katanga region, August 21, 2005. (Reuters Photo)
by Daily Sabah with Wires Jul 18, 2020 3:41 pm
RECOMMENDED

Days of fighting between armed groups in villages in Congo’s South Kivu province has killed at least 43 people, many of them women and children, residents said Saturday.

At least 40 others disappeared after members of the armed group known as Ngumino attacked the village of Kipupu on Thursday while being pursued by the Mai Mai rebel group, according to the coordinator of South Kivu civil society groups, Andre Byadunia.

"Clashes between these armed groups began Thursday,” he said.

Amid the chaos, houses were set on fire in other villages along the way.

A local army spokesman, Capt. Dieudonne Kasereka, confirmed attacks in several villages that began Thursday and continued into Friday. The army is taking all steps to protect civilians, he said.

Many armed groups are present in Congo’s eastern provinces, fighting for power over the mineral-rich region.

The region’s natural resource wealth is not the only cause of the violence, but competition over the lucrative minerals trade has become an incentive for some warring parties to continue the fight

Armed groups including elements of the Congolese national army have played on the tin, gold and tantalum trade to fund their operations for more than 15 years.

One of the main uses of tantalum is in the production of electronic components. The metal can be used to coat other metals with a very thin layer, while a high capacitance can be achieved in a small volume. This makes tantalum capacitors attractive for portable electronics such as mobile phones.

There were an estimated 2.7 million internally displaced people within the country due to ongoing armed conflict in the east, according to 2014 figures.