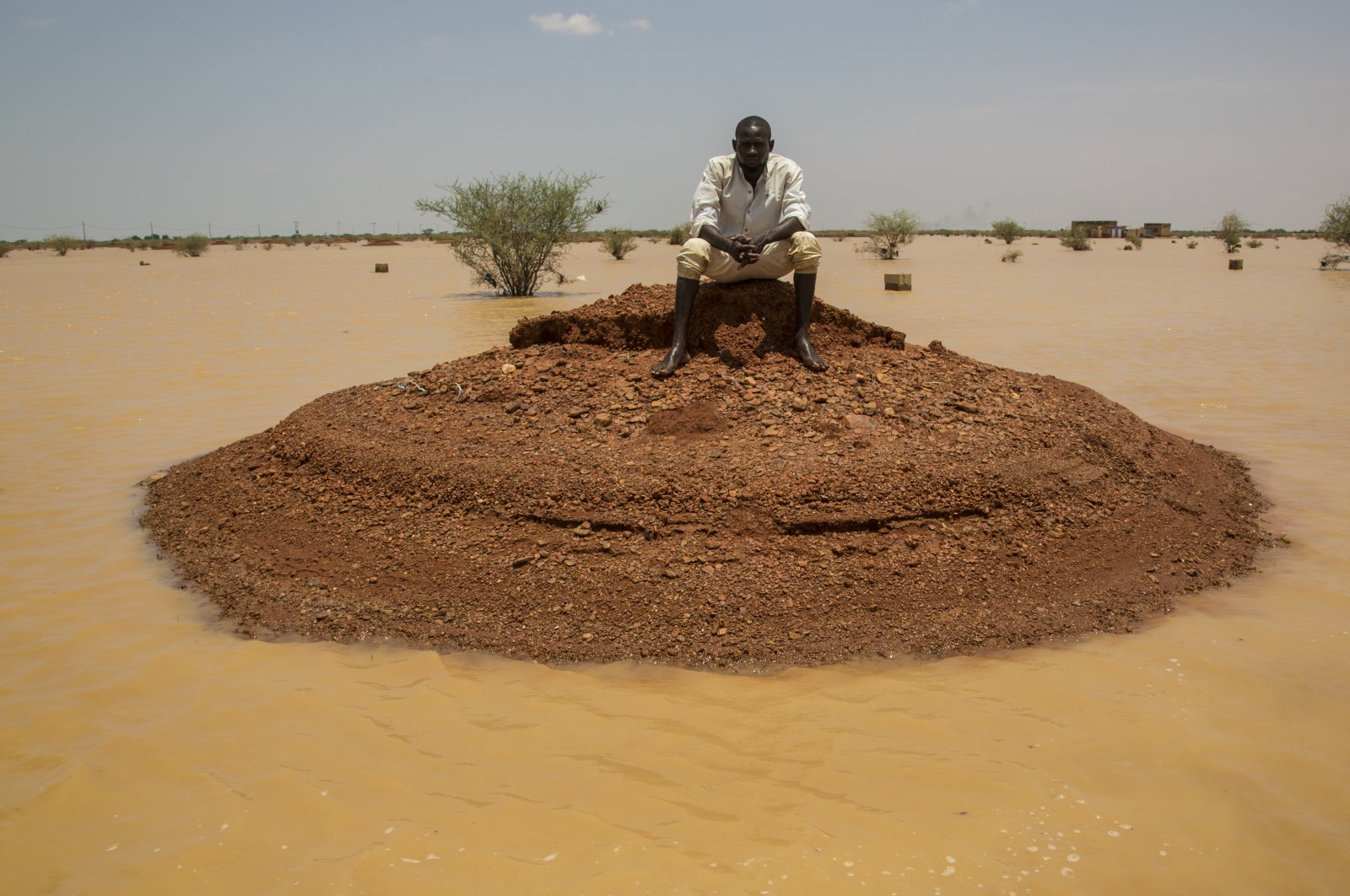 A man sits on a mound of earth surrounded by floodwaters brought on by seasonal torrential rains in the village of Al-Nazile in northeastern Sudan, Aug. 3, 2020. (AA Photo)
by Agencies Aug 06, 2020 12:24 pm
RECOMMENDED

At least 10 people were killed and more than 3,300 homes ruined by flooding triggered by torrential rains across much of Sudan this week, the country's civil defense organization said Thursday.

Some 1,800 homes were completely destroyed while just over 1,500 were partially ruined, it said, while 21 schools and eight mosques were swept away.

Seasonal torrential rains have wreaked havoc on houses and infrastructure across Sudan, affecting more than 50,000 people, the United Nations said.

The U.N. Office for the Coordination of Humanitarian Affairs (OCHA) in Sudan said late Wednesday that 14 of Sudan's 18 provinces have experienced flooding in recent days. North Darfur, White Nile, Sennar and Kassala states are the latest to report storms and flooding, the report said.

In North Darfur, at least 600 internally displaced people are "in dire need” of shelter and food after a flash flood hit the camp where they lived in the Al Lait area.

"The Sudan Meteorological Authority has warned that more heavy rains are expected during August and September in most of the country, which can lead to further flooding and displacement,” OCHA said.

The Sudanese government and humanitarian agencies are monitoring the situation and providing assistance to those affected, said OCHA.

Last year, flooding killed a total of 78 people in 16 Sudanese provinces between July and August, according to the U.N.