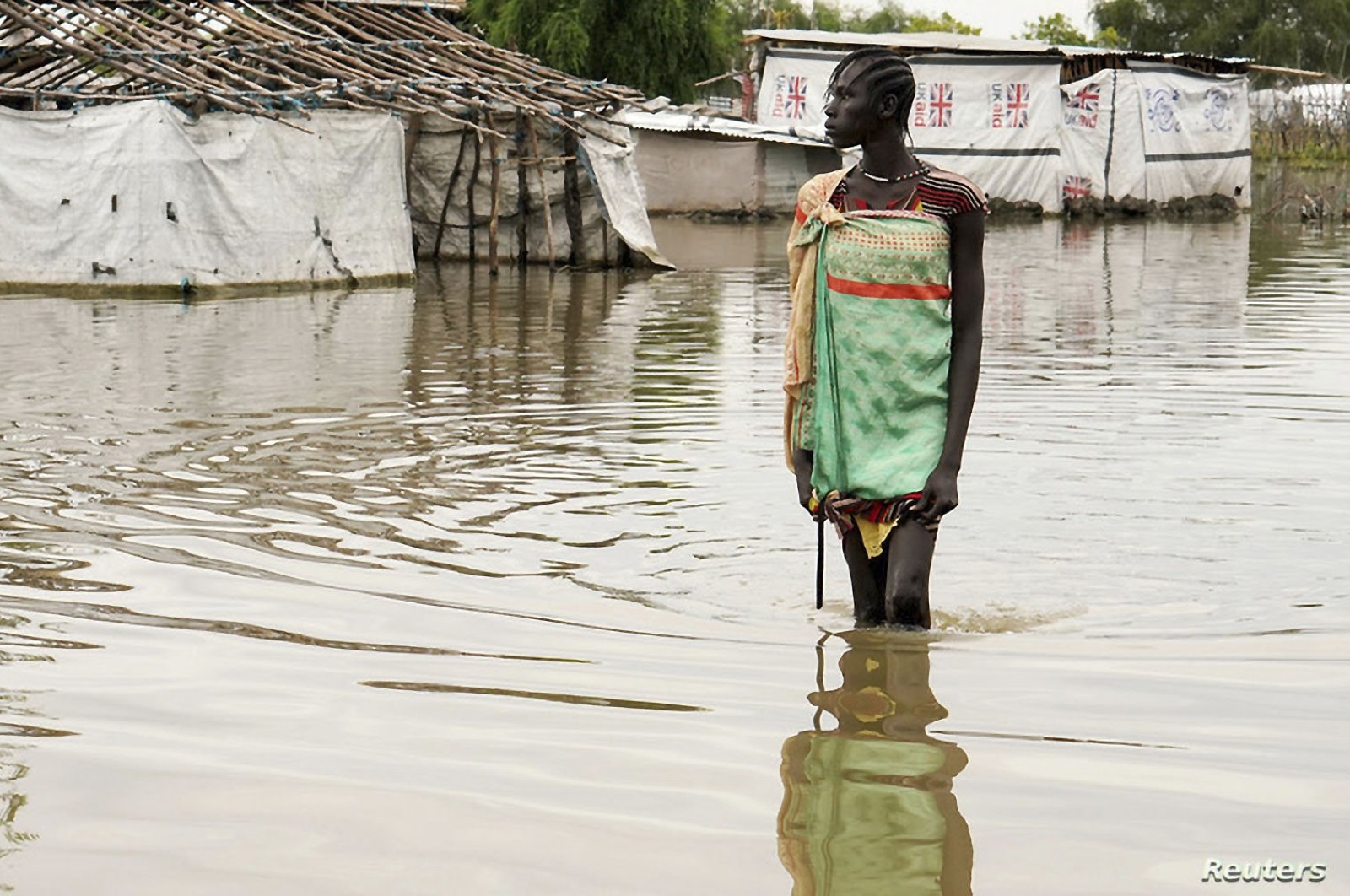 A girl walks in water after heavy rains and floods forced hundreds of thousands of people to leave their homes, in the town of Pibor, Boma state, South Sudan, Nov. 6, 2019. (REUTERS Photo)
by Anadolu Agency Oct 25, 2020 1:51 pm

At least 3.6 million people were affected by floods and landslides triggered by heavy rains across East Africa since June, the U.N. humanitarian agency said in a report Saturday.

"Water levels of several lakes in Kenya and Uganda are rising, impacting thousands of people," the U.N. Office for the Coordination of Humanitarian Affairs (OCHA) said.

Some 856,000 people were affected by floods in South Sudan since June, including roughly 400,000 who have been displaced, it said.

The floods compounded an already difficult situation for people across the region, many of whom were already faced with conflict, violence, desert locusts and COVID-19.

South Sudan's Jonglei, which witnessed devastating violence earlier this year, was among the areas that were badly hit by floods.

According to the report, about 1.1 million people in Ethiopia have been affected by floods, with more than 313,000 of them displaced.

Meanwhile, in Kenya, the water levels of several Rift Valley lakes, especially Baringo and Naivasha, "are historically high" following the highest seasonal rains that pounded the area from October to December 2019, the U.N. agency said.

The area also received above-average rains in 2020, displacing thousands of people and impacting livelihoods, schools and health facilities, according to the U.N.