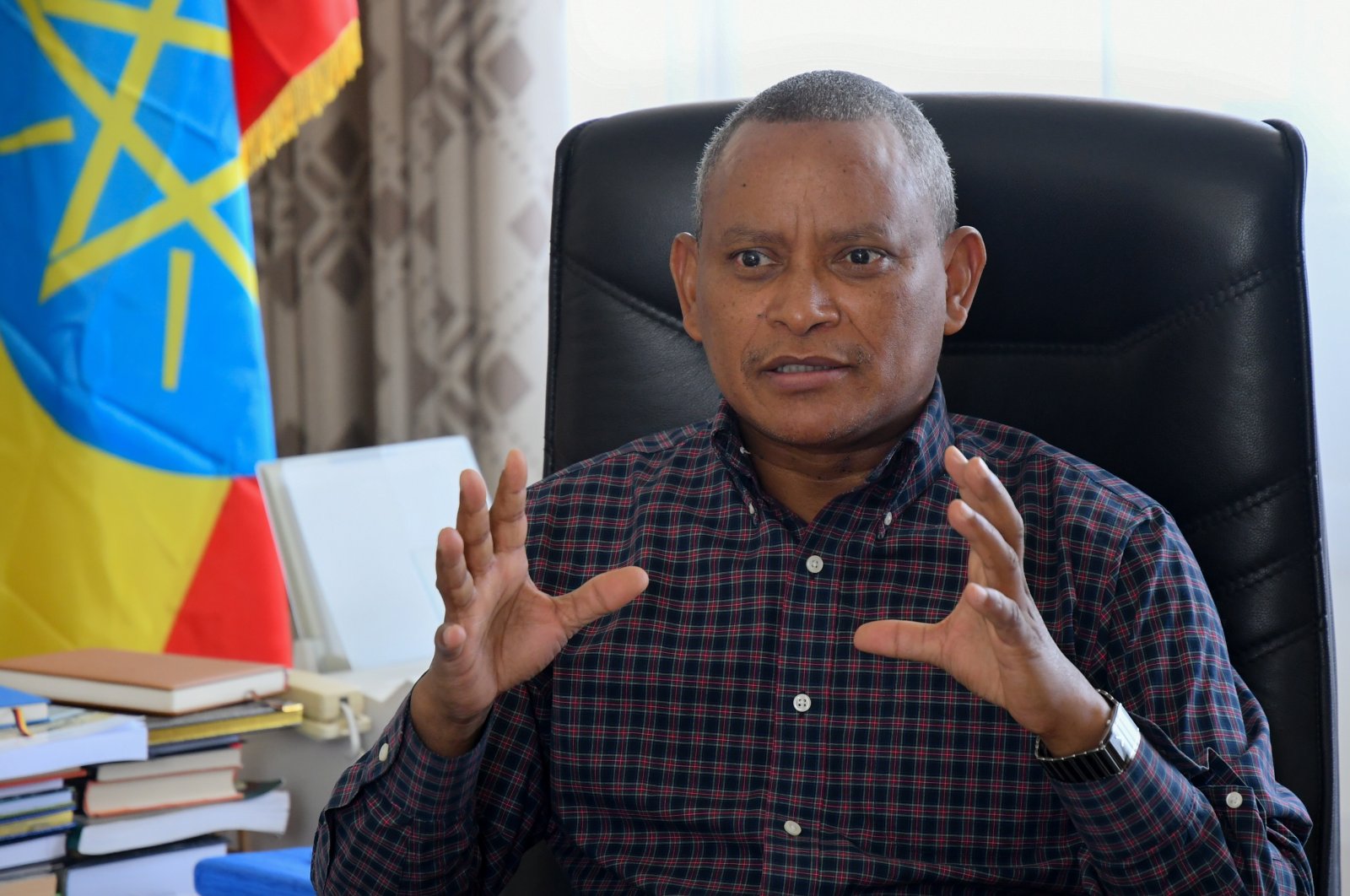 Debretsion Gebremichael, the chairperson of the Tigray People's Liberation Front (TPLF) and the current president of Tigray Region, speaks during an interview in the Mekele Tigray region of Ethiopia, June 8, 2019 (EPA File Photo)
by Reuters
Nov 15, 2020 1:33 pm

Rebellious forces from Ethiopia's Tigray Region fired rockets at the airport in Eritrea's capital Asmara on Saturday evening, their leader said Sunday, confirming earlier reports of a major escalation in a 12-day-old conflict in Ethiopia.

"Fighting is still continuing on several fronts" in Ethiopia, Debretsion Gebremichael, chairperson of the Tigray People's Liberation Front (TPLF) and current president of the Tigray Region, told Reuters in a text message.

Five regional diplomats told Reuters shortly after the attack that at least three rockets were fired at Eritrea's capital from Ethiopia on Saturday night. At least two of the rockets hit Asmara airport, three of the diplomats said.

Ethiopian Prime Minister Abiy Ahmed launched a military offensive in the restive Tigray northern region on Nov. 4 after accusing Tigrayan forces of attacking federal troops based in the northern region, which borders Eritrea and Sudan.

His government says the Ethiopian military has been carrying out airstrikes in an attempt to destroy equipment, including arms depots controlled by the insurgents.

Gebremichael, communicating by text message, also said that his forces have been fighting "16 divisions" of the Eritrean army "on several fronts" for the past few days. He did not give an estimate for how many troops he believes Eritrea has deployed.

Eritrea has a vast standing army which the United States' CIA puts at 200,000 personnel.

He said Eritrean forces have crossed into Ethiopia at Badme, Rama and Zalambessa, three border towns in the restive northern region.

"Our country is attacking us with a foreign country, Eritrea. Treason!" he told Reuters in a text message.

There was no immediate comment from the Ethiopian government on Debretsion's claim of the strikes on Eritrea or other comments.

Eritrea's government has denied involvement in the conflict.

Officials in Asmara were not immediately reachable after the strikes.

Debretsion said Tuesday that Eritrea had sent troops over the border in support of Abiy's government but provided no evidence.

Eritrean Foreign Minister Osman Saleh Mohammed denied this at the time, telling Reuters: "We are not part of the conflict."

Eritrea and Ethiopia fought a devastating 1998-2000 war. The two countries signed a peace deal two years ago, but Eritrean President Isaias Afwerki's government remains hostile to the Tigray leadership after their role in that war.

Abiy accuses the TPLF, which rules the mountainous region of more than 5 million people, of treason and terrorism and says his military campaign will restore order. He won a Nobel Peace Prize for the 2018 peace pact with Eritrea.

The United Nations refugee agency said Friday that the fighting in Ethiopia had prompted more than 14,500 people to flee into Sudan so far.