Germany admits for 1st time to committing genocide in Namibia 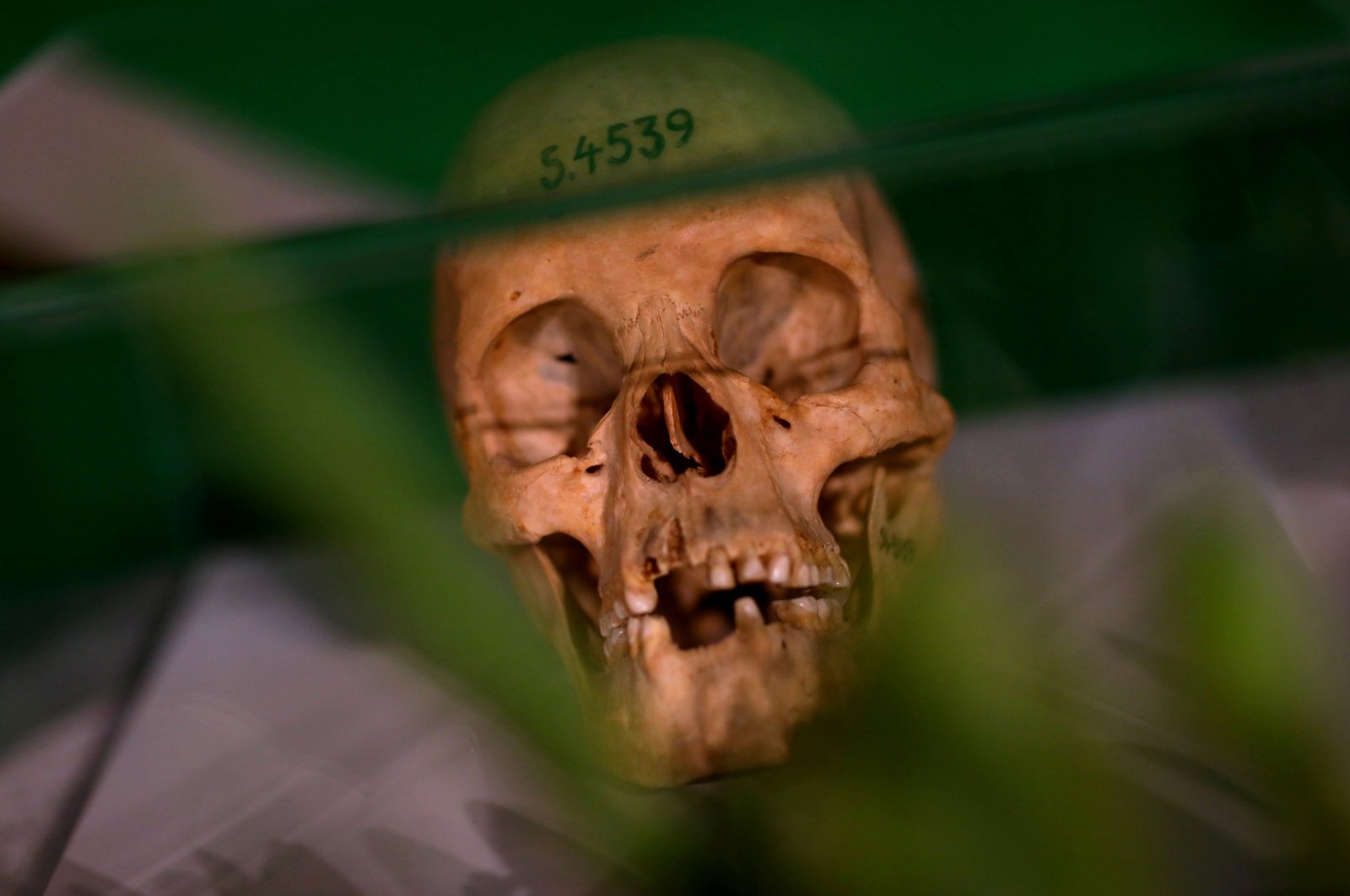 Following France in its "recognition" of genocide in Rwanda, Berlin asked Windhoek for forgiveness for the ‘"immense suffering" it caused during the massacres of 1904-1908 and pledged over a billion euros to rebuild the country's fragile infrastructure, in a move that some critics call a sellout

Germany has reached an agreement with Namibia that will see it officially recognize the colonial-era killings of tens of thousands of people as genocide and commit to spending a total of 1.1 billion euros ($1.3 billion), largely on development projects.

The accord announced Friday is the result of more than five years of talks with Namibia on the events of 1904-1908 when Germany was the southern African country's colonial ruler. Historians say German Gen. Lothar von Trotha, who was sent to what was then German South West Africa to put down an uprising by the Herero people in 1904, instructed his troops to wipe out the entire tribe. They say that about 65,000 Herero were killed and at least 10,000 Nama.

"In the light of Germany's historical and moral responsibility, we will ask Namibia and the descendants of the victims for forgiveness,” German Foreign Minister Heiko Maas said in a statement, according to remarks carried by The Associated Press (AP). "Our aim was and is to find a joint path to genuine reconciliation in remembrance of the victims,” he said. "That includes our naming the events of the German colonial era in today's Namibia, and particularly the atrocities between 1904 and 1908, unsparingly and without euphemisms.”

"We will now officially call these events what they were from today's perspective: a genocide.”

Talks between Germany and Namibia opened in 2015, more than a decade after a 2004 visit to Namibia in which then-Development Minister Heidemarie Wieczorek-Zeul offered Germany’s first apology for the killings, which she said were "what today would be labeled as genocide.” Maas said that "as a gesture of recognition of the incalculable suffering," Germany plans to support Namibia and the descendants of the victims with a 1.1 billion-euro ($1.34 billion) "rebuilding and development” program in whose design and implementation "the communities affected by the genocide will take a decisive role.”

At the same time, he said that "legal claims to compensation cannot be derived from this.” That reflects Germany's position that the Genocide Convention of 1948 can't be applied retroactively, and that its liability is political and moral rather than legal.

The projects Germany will now fund are expected to stretch over a 30-year period and will cover areas such as land reform, including land purchases, agriculture, rural infrastructure, water supply and vocational training.

They will be separate from continuing development aid to Namibia. Germany says that representatives of the Herero and Nama were involved in the negotiations, though Berlin's direct dealings have been with the Namibian government.

'Black cat in the bag'

Namibia called Germany's acknowledgment that it had committed genocide a "step in the right direction."

"The acceptance on the part of Germany that a genocide was committed is the first step in the right direction," President Hage Geingob's spokesperson Alfredo Hengari told Agence France-Presse (AFP). President Geingob will convene meetings in the coming weeks with the affected communities in a bid to work out the "implementation modalities of what has been agreed with Germany," Hengari said in a text message.

Meanwhile, Herero paramount chief Vekuii Rukoro rejected as insulting a deal agreed by the German and Namibian governments because it did not include payment of reparations. Rukoro told Reuters the reported settlement was a “sellout.”

“We have a problem with that kind of an agreement, which we feel constitutes a complete sellout on the part of the Namibian government,” Rukoro said. "That's a black cat in the bag instead of reparations for a crime against humanity," he added, referring to a German commitment to fund money in reconstruction and development projects in Namibia. "No self-respecting African will accept such an insult in this day and age from a so-called civilized European nation."

The chief, who unsuccessfully sued Germany for compensation in the United States, said the agreement was not enough for the two communities, which had suffered “irreversible harm” at the hands of German colonial forces.

Anne Marcus, a 34-year-old German living in Namibia, said she was suspicious of the announcement because it came at a time when Namibia was financially vulnerable.

"I think it was a very opportune time for the Germans to act and agree on something, knowing that there was a likelihood for Namibia to accept whatever offer came their way. So I'm not entirely sure justice has been served," she said.

The southwest African country saw its economy contract by a record 8% in 2020 as it was hit by the coronavirus pandemic shutdowns. Last month, it received its first-ever funds from the International Monetary Fund to address the country's deteriorating fiscal position.

Namibia was called German South West Africa during Berlin's 1884-1915 rule and then fell under South African rule for 75 years, before finally gaining independence in 1990. Tensions boiled over in 1904 when the Herero – deprived of their livestock and land – rose up, followed shortly after by the Nama, in an insurrection crushed by German imperial troops.

In the Battle of Waterberg in August 1904, around 80,000 Herero, including women and children, tried to escape but they were pursued by German troops across what is now known as the Kalahari Desert. Only 15,000 survived. Trotha, sent to put down the rebellion, ordered the peoples' extermination. Colonial soldiers carried out mass executions; exiled men, women and children to the desert where thousands died of thirst and established infamous concentration camps, such as the one on Shark Island.

The atrocities committed during colonization have poisoned relations between Berlin and Windhoek for years. In 2015, the two countries started negotiating an agreement that would combine an official apology by Germany as well as development aid. But in August last year, Namibia said that Germany's offered reparations were unacceptable. No details of the offer were provided at the time.

President Hage Geingob had noted Berlin declined to accept the term "reparations," as that word was also avoided during the country's negotiations with Israel after the Holocaust. But in an effort to ease reconciliation, in 2018 Germany returned the bones of members of the Herero and Nama tribes, with the then-Foreign Minister Michelle Muntefering asking for "forgiveness from the bottom of my heart."