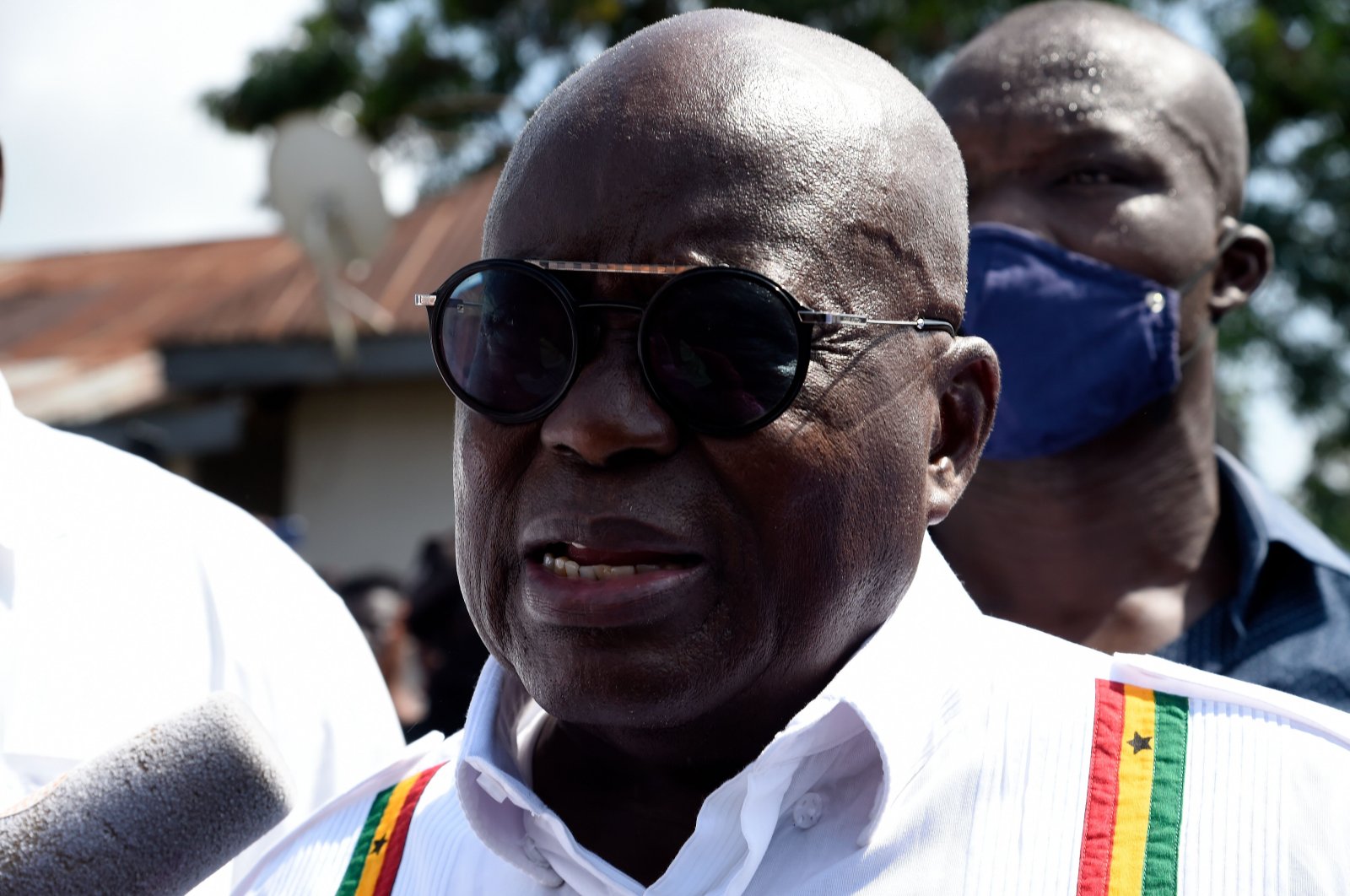 Ghanaian incumbent President Nana Akufo-Addo, and candidate of the ruling New Patriotic Party (NPP), speaks to the press after casting his vote at a polling station in the Eastern Region district of Kyebi, Dec. 7, 2020. (AFP Photo)
by Anadolu Agency Dec 09, 2020 10:03 pm

Nana Akufo-Addo has won his second four-year term as president of Ghana with 51.59% of the vote, the electoral commission announced on Wednesday.

His longtime rival, former President John Mahama, 62, came second with 47.36% of the vote, according to the Electoral Commission Of Ghana.

Akufo-Addo, 76, became the 8th president of Ghana's Fourth Republic. It is the third time that the two men clashed in a presidential election in the West African country after the 2012 and 2016 elections.

Last Friday, the longtime presidential candidacy rivals signed a peace pact to respect the verdict that will come out of the polls.

Ghana is the most peaceful country in West Africa and third on the entire continent, according to the 2020 Global Peace Index Report run by the Institute for Economics and Peace (IEP).

The country's electoral commission put in place thorough COVID-19 protocols to ensure the public's safety during the electoral process, such as face masks, physical distancing, handwashing and hand sanitizers in all polling stations.