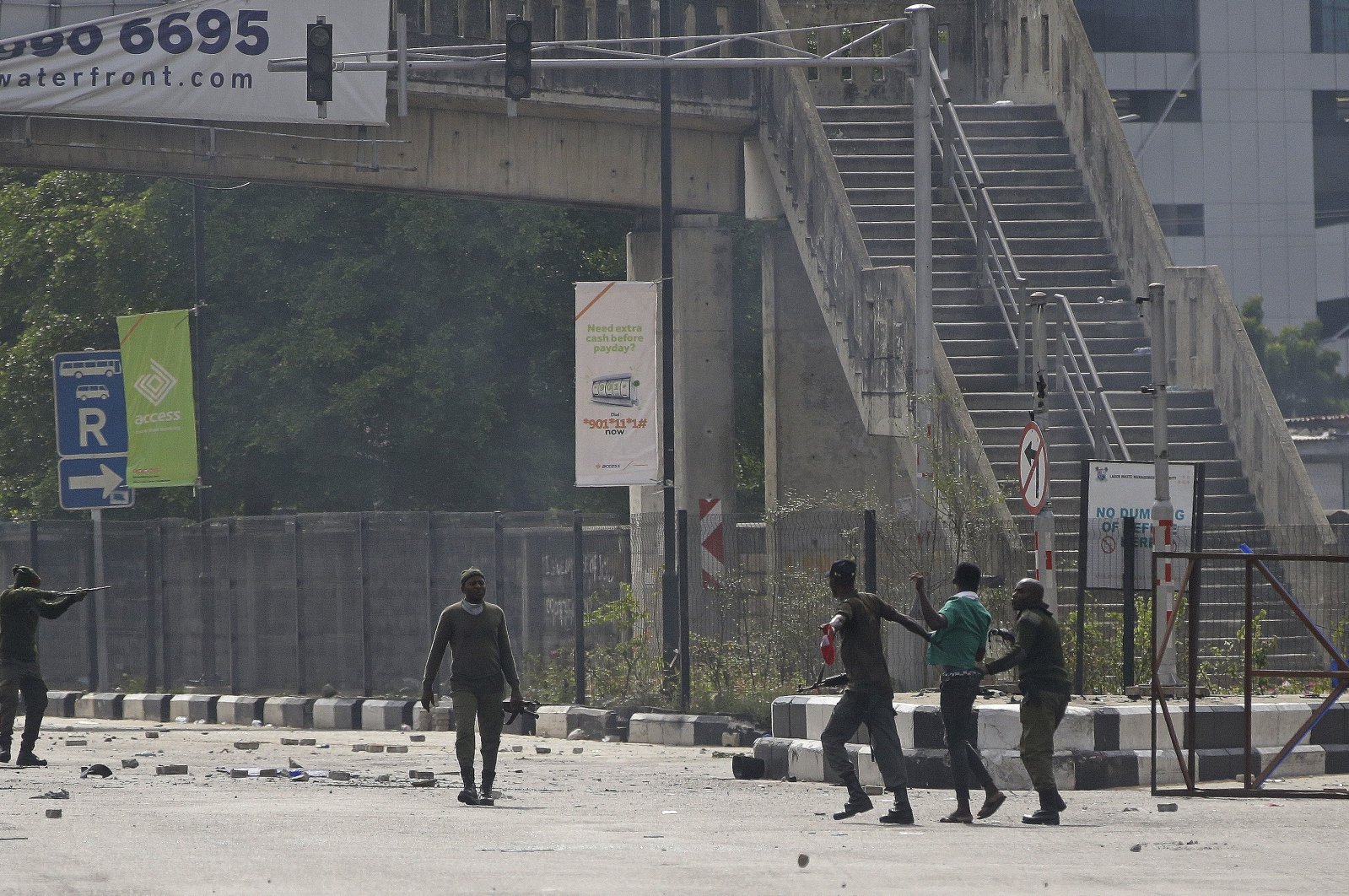 Widespread violence against protesters in Nigeria's biggest city Lagos unleashed a wave of global anger against the Nigerian army and police with the United Nations and African Union urging restraint.

The U.N. has strongly condemned the use of "excessive and disproportionate" force by Nigerian armed forces on people protesting police brutality in Lagos. In a statement late Wednesday, Michelle Bachelet, U.N. high commissioner for human rights, urged "Nigerian authorities to take urgent steps to deal decisively with the underlying problem of persistent violations committed by the security forces and make a far stronger effort to bring police and army personnel guilty of crimes against civilians to justice."

The African Union Commission chairman on Thursday strongly condemned the deadly violence and called on all parties to "privilege dialogue." The Economic Community of West African States (ECOWAS), an influential regional bloc, urged Nigerian security forces to "exercise restraint" in handling protests and to act professionally and called on protesters to "remain peaceful" in their demonstrations.

Amnesty International said in a report Wednesday that Nigeria's security forces fired upon two large gatherings of peaceful protesters Tuesday night, killing 12 people calling for an end to police brutality. At least 56 people have died during the two weeks of widespread demonstrations against police violence, including 38 on Tuesday, the group said. Nigeria’s military denied responsibility for the Lekki shootings, posting a tweet that labeled several reports as fake news.