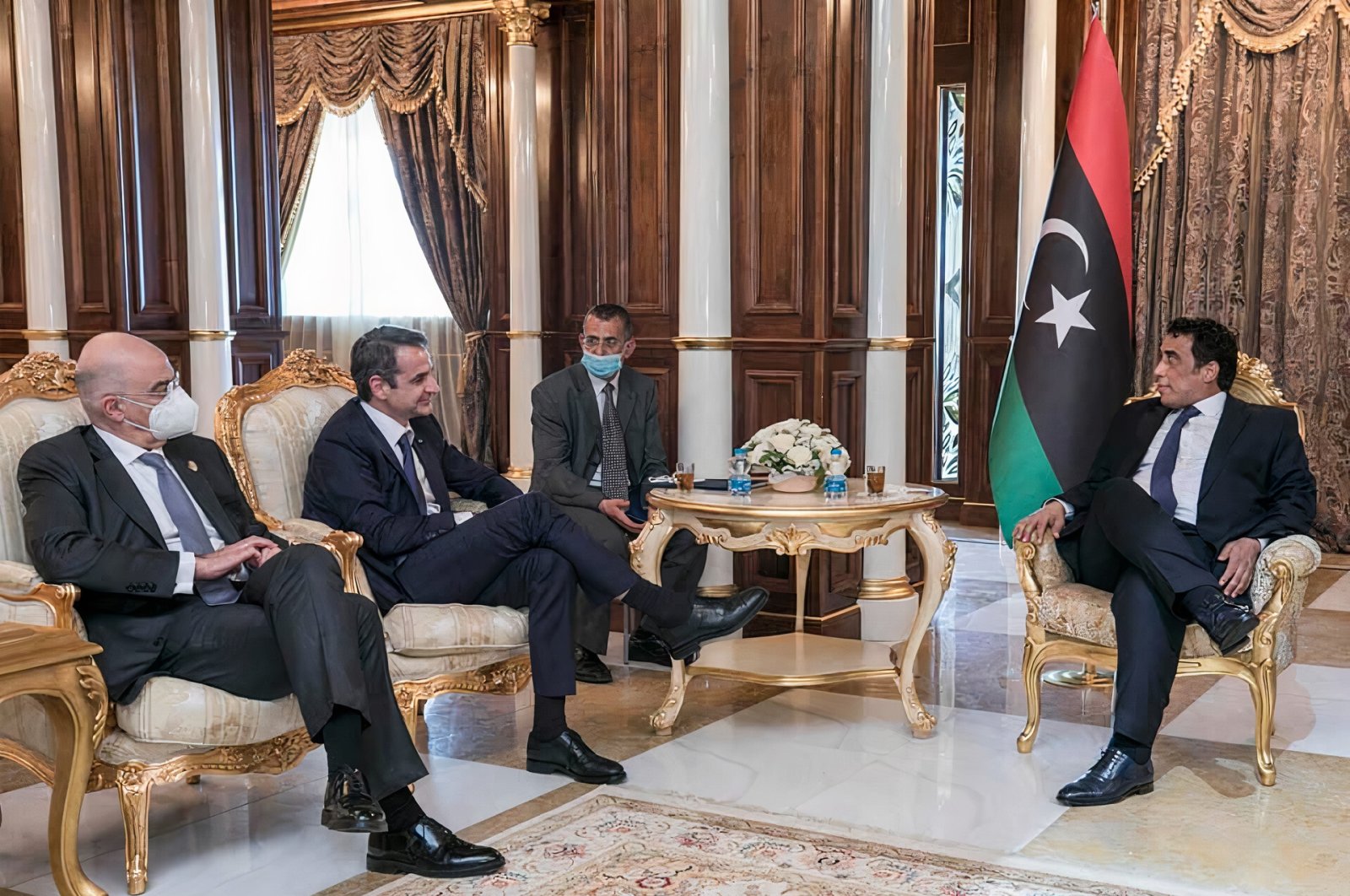 Prime Minister Kyriakos Mitsotakis reopened Greece's embassy in Libya in a visit to the North African country on Tuesday and met with the former Libyan envoy who he expelled as a reaction to the Tripoli government's 2019 maritime boundary agreement with Turkey.

Greece had ordered the expulsion of Libya’s current head of the Presidential Council, Mohammad Younes Menfi, who had served for almost a year as Libya's ambassador in Greece, in December 2019 following a maritime agreement between Tripoli and Ankara. He remained in Greece with his family but without diplomatic status.

Accordingly, the attempts by the Greek government to appropriate huge parts of Libya's continental shelf, when a political crisis hit the North African country in 2011, were averted. The agreement also confirmed that Turkey and Libya are maritime neighbors. The delimitation starts from Fethiye-Marmaris-Kaş on Turkey’s southwestern coast and extends to the Derna-Tobruk-Bordia coastline of Libya.

The Libya visits came as Menfi announced the formation Tuesday of a High National Reconciliation Commission. Menfi said the commission was mandated "to bring Libyans together, to repair and deliver justice."