Greece to restore relations with Libya after 2019 Turkey deal 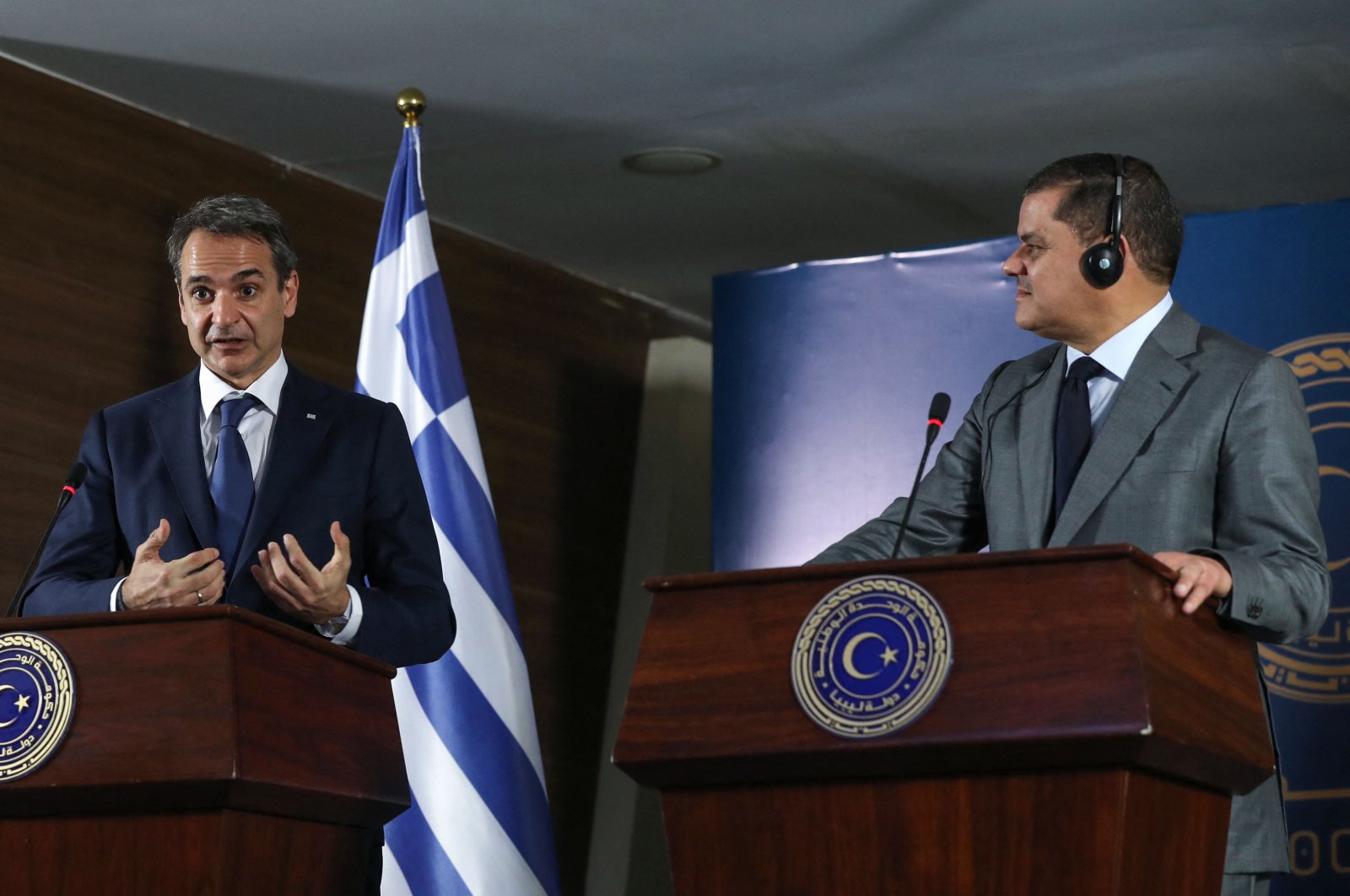 Prime Minister Kyriakos Mitsotakis reopened Greece's embassy in Libya in a visit to the North African country on Tuesday, aiming for a reset of relations soured by the Tripoli government's 2019 maritime boundary agreement with Turkey.

"It's time to leave behind what has tested our relations in the past," Mitsotakis said in televised remarks alongside Libya's interim Prime Minister Abdulhamid Dbeibah.

Greece had ordered the expulsion of Libya’s current head of the Presidential Council, Mohammad Younes Menfi, who had served for almost a year as Libya's ambassador in Greece, in December 2019 following a maritime agreement between Tripoli and Ankara. He remained in Greece with his family but without diplomatic status.

Mitsotakis said the agreement had no legal force and should be canceled, adding, "It is geography that determines the framework of our bilateral relations, and not artificial lines that somebody draws on maps."

In response, Greece and Egypt signed an agreement in 2020, designating an exclusive economic zone in the Eastern Mediterranean, which Turkey has said infringes its own continental shelf, and which overlaps with the maritime zones it agreed with Libya.

Mitsotakis said that "this new stage in our relations will allow us to correct and erase the errors made during the previous phase."

Dbeibah, meanwhile, said Libya was "ready to establish joint committees with Greece to resume discussions on maritime border demarcation and define the exclusive economic zone for each country between Crete and Libya."

"We emphasize the importance of all agreements capable of leading to appropriate solutions while preserving the rights of Libya, Greece and Turkey," he added.

The prime ministers of Italy and Greece on Tuesday joined a growing number of foreign leaders visiting Libya as it seeks to emerge from a decade of post-revolution chaos under a United Nations-sponsored peace process.

Italy's Mario Draghi, whose country was the former colonial power in the North African state, held talks in the capital Tripoli, making his first trip abroad since taking office in mid-February.

Libya's latest government hopes to bring together rival forces, especially the two main camps in the east and west, that have each been supported by foreign powers.

"Developments during the past decade have limited our economic relations, but the presence of Greek entrepreneurs in Libya has never been interrupted," Mitsotakis stated.

"Now that the situation has stabilized, interest is re-emerging."

Dbeibah also called for European nations to reopen the airspace to Libyan aircraft.

No foreign airline currently flies to Libya for security reasons, and international flights – to Tunisia, Turkey and Egypt – are operated by Libyan companies.

The Libya visits came as Menfi announced the formation Tuesday of a High National Reconciliation Commission.

Menfi said the commission was mandated "to bring Libyans together, to repair and deliver justice."