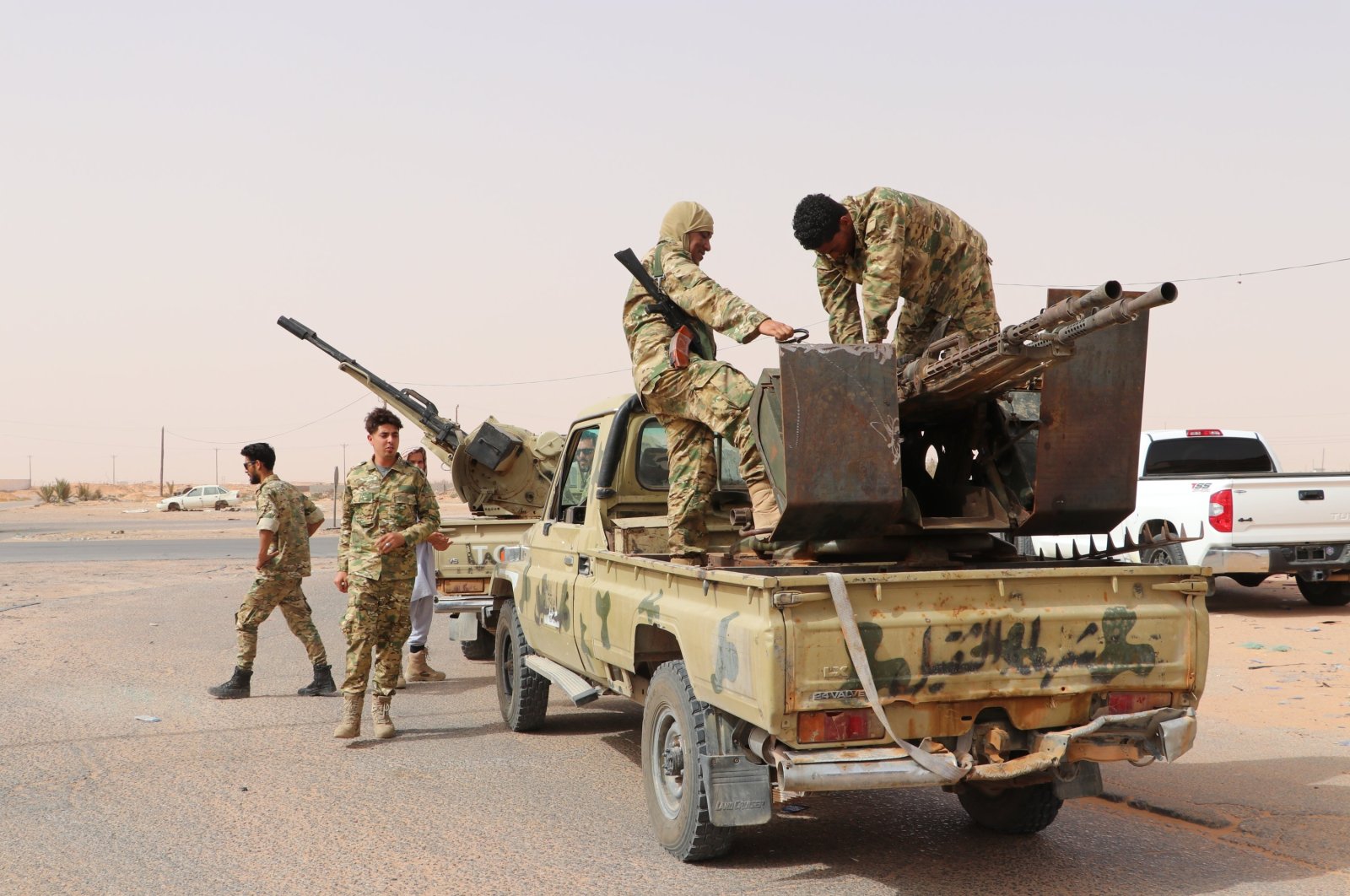 The attack by forces loyal to putschist Gen. Khalifa Haftar on the Libyan Army’s headquarters in the southern Ubari province is intended to sabotage the political process and violates the cease-fire, Libya’s High State of Council declared on Monday.

In a written statement, the council condemned the attack and stated: “This cease-fire violation is, in fact, an implementation of foreign plans aiming to sabotage the resolving of the Libyan crisis through dialogue.”

Saying that this attack proves Haftar’s flippancy in adhering to cease-fires, the council highlighted that the silence from the U.N. Support Mission in Libya's (UNSMIL) in the face of this violation was “astonishing.”

“The U.N. mission has to impose sanctions on the perpetrators of the incident, as it has signaled in many statements before,” it said, reminding that Stephanie Williams, the deputy head of the UNSMIL, had announced that the body would sanction those violating the cease-fire.

Forces loyal to Haftar attacked the headquarters of the Libyan Army in Ubari on Sunday, leading to clashes between the two sides, the army said on the same day.

"A small-scale clash broke out, yet they had to retreat," he said.

Majdi Abu Hinna, head of the Ubari Operations Unit, said the attackers came from southwestern Libya and demanded the headquarters be given over to them. Hinna underlined that the army will "respond to all kinds of attacks."

Located about 1,000 kilometers (621 miles) south of the capital Tripoli and mostly inhabited by Tuareg tribes, Ubari hosts the country's biggest oil field, Sharara, which is currently under the control of Haftar's forces.

Libya holds Africa's largest crude reserves, but nine years of conflict and violence in the country since the 2011 ouster of ruler Moammar Gadhafi have hobbled production and exports. The Sharara oil field can produce more than 300,000 barrels of crude oil per day at its full capacity, contributing roughly one-third of the oil-rich country's production.

The attack on the military headquarters violated the October cease-fire agreed between the United Nations-recognized Government of National Accord (GNA) based in Tripoli and forces loyal to its rival, Haftar. After a failed offensive on Tripoli launched by Haftar in April 2019, the two sides had returned to negotiations.

The warring sides agreed to a U.N.-brokered cease-fire in Geneva, a deal that included the departure of foreign forces and mercenaries from Libya within three months.

Following the signing of the cease-fire, rival sides agreed to work on a mechanism to choose a transitional government that would lead the conflict-stricken country to national elections next year.

The 75-member forum last month reached an agreement to hold presidential and parliamentary elections on Dec. 24, 2021, as a result of the talks in Tunis. They also agreed to name a volunteer legal committee to work on the "constitutional basis for the election."

The forum took place amid a heavy international push to reach a peaceful settlement to Libya's conflict. Previous diplomatic initiatives had all collapsed.

As part of the U.N.-brokered talks between the rival sides, Williams on Dec. 5 held another session of the Libyan Political Dialogue Forum (LPDF).

"Today’s meeting witnessed a high degree of constructive engagement by the LPDF members and a desire to press forward for the sake of the Libyan people," Williams said, praising the LPDF members continuing commitment to the holding of national elections on Dec. 24, 2021, and to hold accountable those institutions responsible for creating the necessary conditions.

Williams also emphasized the progress achieved in the economic track, especially the anticipated upcoming meeting of the Board of Directors of the Central Bank of Libya, which is expected to tackle the unification of the exchange rate.