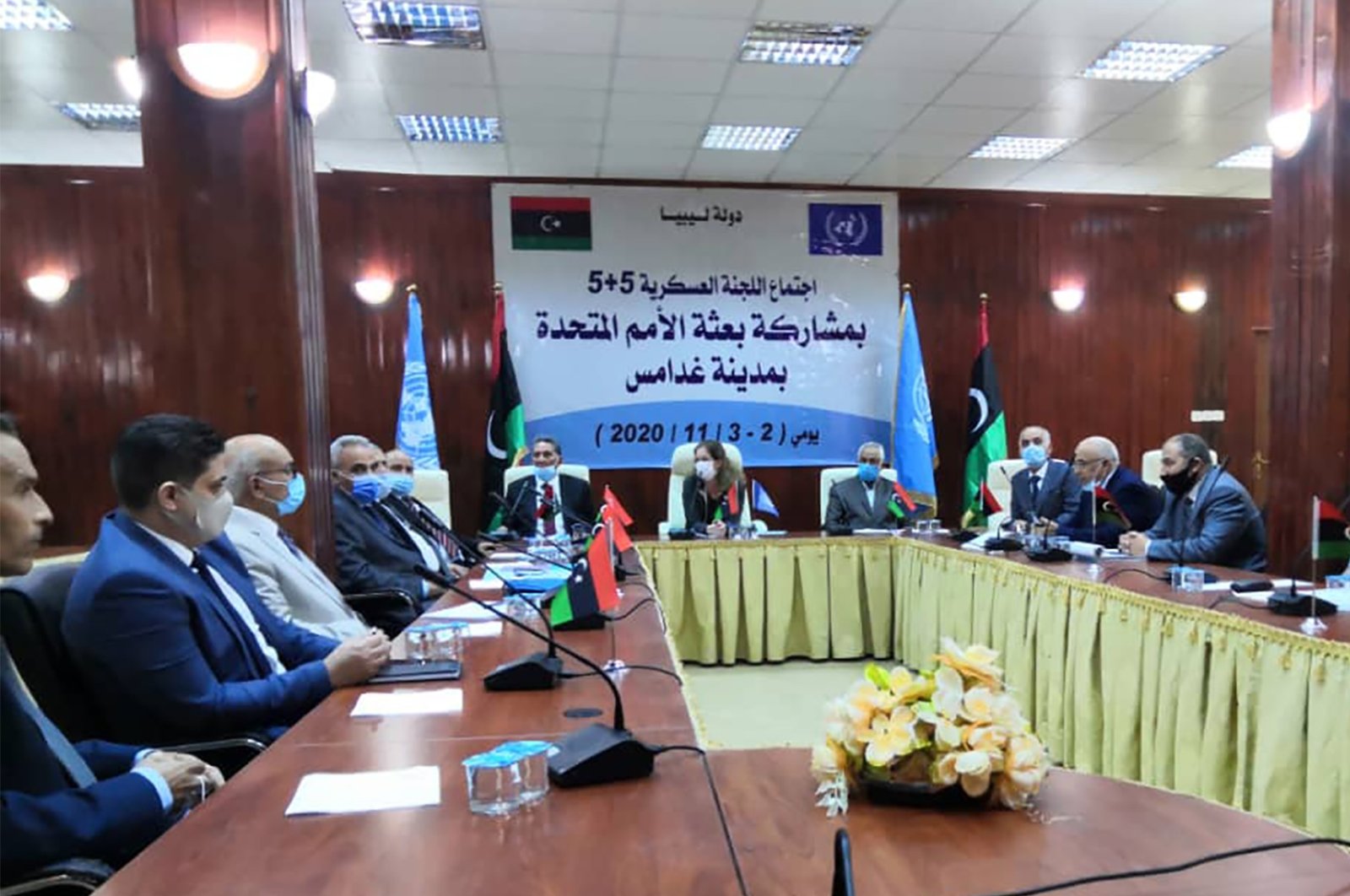 The Libyan Army on Friday called for a withdrawal of putschist Gen. Khalifa Haftar's forces as well as Russian Wagner Group and Sudanese Janjaweed militia before a meeting of the Joint Military Commission in the city of Sirte in the next few days.

"The supporting forces of the Sirte and Jufra operations (of the Libyan Army) welcome holding the Joint Commission (5+5) meeting in Sirte in the upcoming days," read a statement from the Libyan military.

The statement stressed the "necessity of taking out the militias of the (Russian) Wagner and the Janjaweed and the withdrawal of Haftar from the scene."

It said the Libyan Army would not hold any meetings in an area that is under the control of foreign mercenaries.

Rival Libyan military officers on Tuesday agreed on a road map to implement a cease-fire reached last month and are expected to meet in Sirte soon, United Nations acting envoy to Libya Stephanie Williams stated on the same day.

Sirte has been on the front line of the recent conflict since mid-June. The key city of Sirte, which lies some 450 kilometers (280 miles) east of the capital Tripoli, is a strategic gateway to the country’s oil reserves.

The sides agreed to establish a military subcommittee to oversee the withdrawal of military forces to their respective bases and the departure of foreign forces from the front lines.

Libya, with Africa's largest proven crude oil reserves, has been wracked by conflict for nearly a decade, since the overthrowing and killing of longtime ruler Moammar Gadhafi in a NATO-backed uprising in 2011.

The country is split between the U.N.-supported Government of National Accord (GNA) in the capital in the west and rival authorities based in the east.

Warring factions returned to the negotiating table in September in U.N.-supported talks, with negotiations being held in Morocco, Egypt and Switzerland.

Seventy-five people from all walks of life in Libya will take part in the talks, with a goal of drawing a road map to presidential and parliamentary elections, the U.N. stated Tuesday.

As part of the political process to establish peace and stability in the war-ravaged North African country, Libyan politicians from rival parties met for the latest round of peace talks in Morocco on Thursday as hopes rise for a permanent political solution to the almost decadelong civil war.

The lawmakers met in the coastal town of Bouznika, south of Morocco's capital Rabat, for talks that come ahead of a major meeting in Tunisia.

Details of the agenda of the talks in Morocco have not been released.

Negotiators are pushing parallel efforts to broker peace, with the military section of talks taking place this week for the first time on Libyan soil.