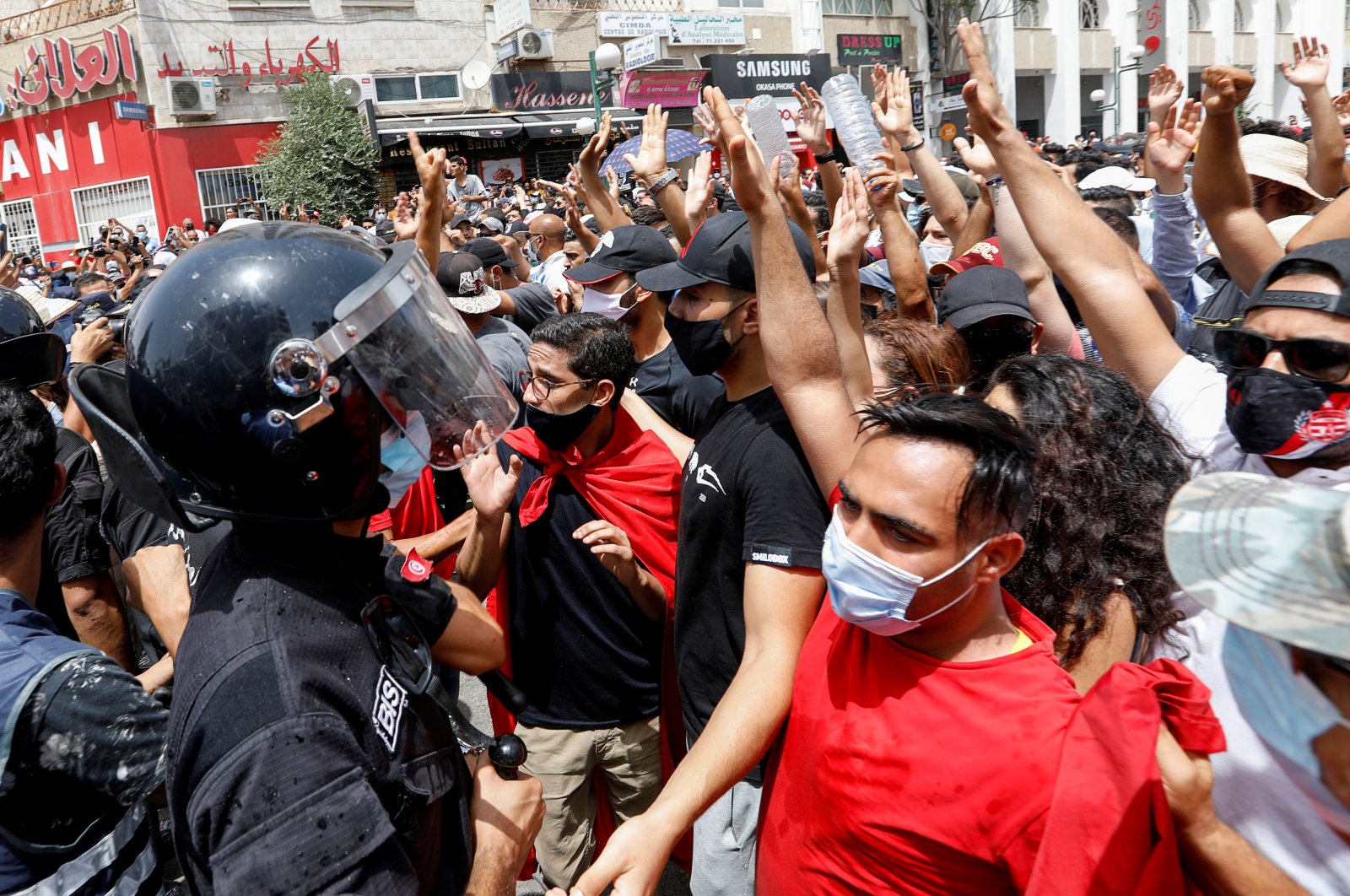 People protested in the Tunisian capital Sunday, urging the government to resign and the legislature be dissolved as the country is grappling with economic woes compounded by a surge in coronavirus cases.

Although security forces blocked roads leading to the parliament building in central Tunis, hundreds of protesters were able to converge on streets near the assembly, witnesses said.

The protests come amid a deepening political crisis pitting Tunisian President Kais Saied against the government and parliament.

Tunisia has experienced an economic slowdown due to public unrest and attacks by militant insurgents since the uprising that inspired the Arab Spring revolts of 2010-11.

Skirmishes also erupted between protesters and police in Tunis. No casualties were reported.

Online footage showed protesters storming an office of Ennahda in Tunisia’s south-western city of Tozeur. Others were seen removing a placard carrying the party’s name from its premises in the coastal city of Sousse.