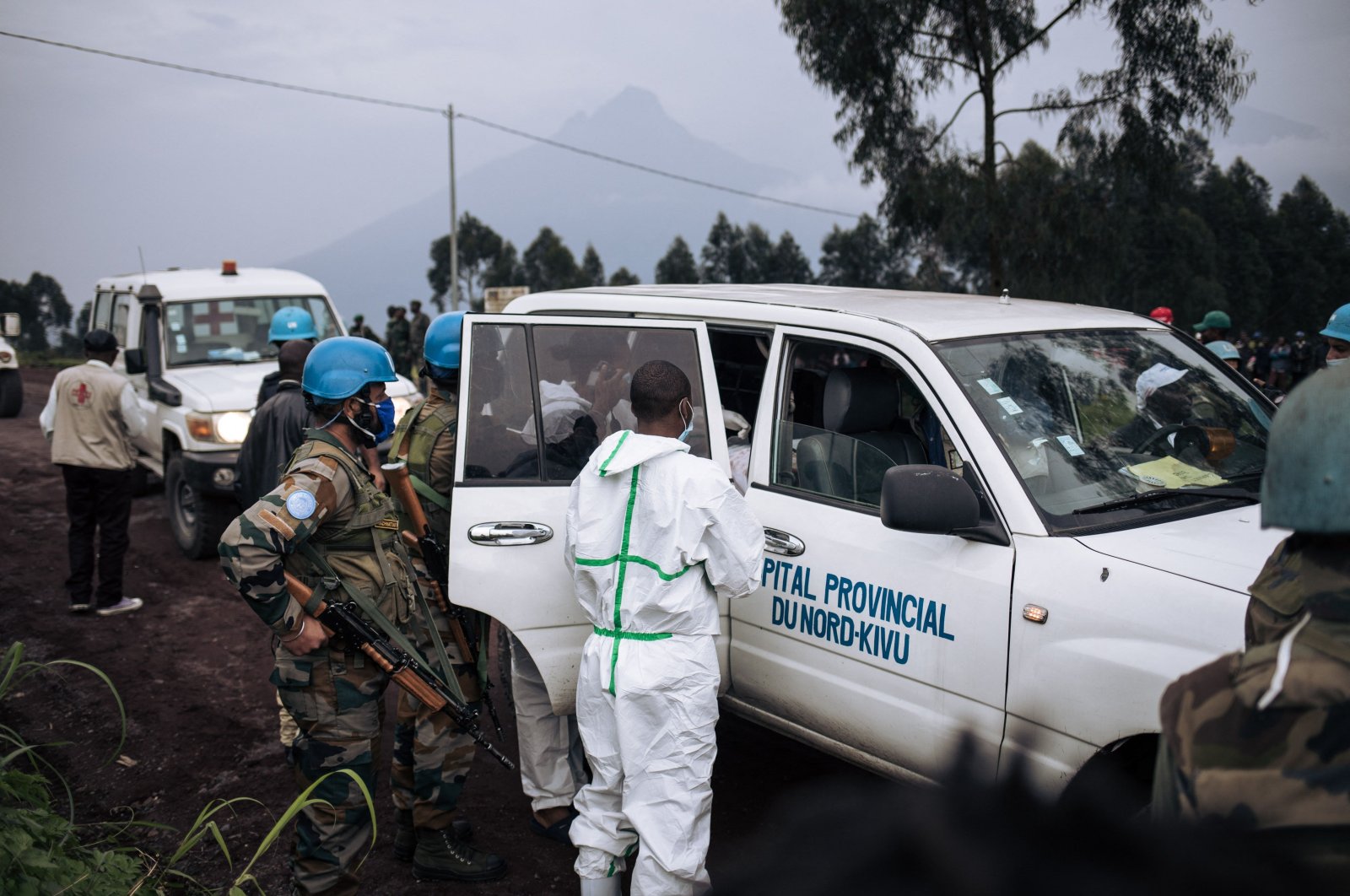 The body of a driver, who was killed in an attack, is loaded on to a medical vehicle on a road on the edge of the Virunga National Park near the village of Kibumba, some 25 kilometers from Goma, Democratic Republic of the Congo, Feb. 22, 2021.
by French Press Agency - AFP Feb 23, 2021 4:05 pm
RECOMMENDED

Rwandan Hutu rebels Tuesday denied allegations they were behind the killing of the Italian ambassador to the Democratic Republic of Congo (DRC) and instead accused the armies of the DRC and Rwanda.

Luca Attanasio died of his wounds on Monday after a World Food Programme (WFP) convoy came under fire near the eastern city of Goma while he was on a field trip, according to a senior diplomatic source in Kinshasa and the WFP.

The Italian government confirmed the death and said an Italian policeman, Vittorio Iacovacci, and a driver it did not identify, had also died.

The DRC interior ministry blamed the killings on "members of the Democratic Forces for the Liberation of Rwanda (FDLR)," a Rwandan Hutu rebel group that has plagued the region for more than a quarter of a century. But the FDLR rejected the allegation, in a statement received by Agence France-Presse (AFP) Tuesday.

It said the ambassador's convoy was attacked near the Rwandan border, "not far from a position of the FARDC (DR Congo armed forces) and Rwandan soldiers.

"The responsibility for this despicable killing is to be found in the ranks of these two armies and their sponsors who have forged an unnatural alliance to perpetuate the pillaging of eastern DRC," it said.

The FDLR denied "being involved in the attack" and called on Kinshasa and U.N. peacekeeping force MONUSCO to "shed light" on the killings "instead of resorting to hasty accusations."

The DRC and Rwanda authorities have not reported the presence of any regular Rwandan troops in the DRC.

An expert at the Kivu Security Tracker (KST), a U.S. monitor, told AFP: "The FDLR are near the place where the attack took place. It's in the realm of possibility that the Rwandan rebels are responsible for this attack."

Attanasio, 43, had been representing Italy in Kinshasa since 2017, first as head of mission, and then as ambassador from October 2019. Italian President Sergio Mattarella confirmed what he called a "cowardly attack."

United Nations Secretary General Antonio Guterres issued a statement urging the DRC to swiftly investigate a "heinous targeting" of a U.N. mission. Scores of militias roam the DRC's four eastern provinces, many of them a legacy of wars in the 1990s that sucked in countries around central-southern Africa and claimed millions of lives.

Monday's attack occurred in thickly forested, mountainous terrain north of the North Kivu capital of Goma, in Nyiaragongo Territory – one of the most dangerous parts of the country.

The FDLR is one of a number of armed groups operating there. Some of the group's founders were involved in the 1994 Rwandan genocide during which the Hutu majority slaughtered 800,000 people, mainly Tutsis but also Hutu moderates.

The group is opposed to the current Rwandan government but has not launched any large-scale offensive in Rwanda since 2001.