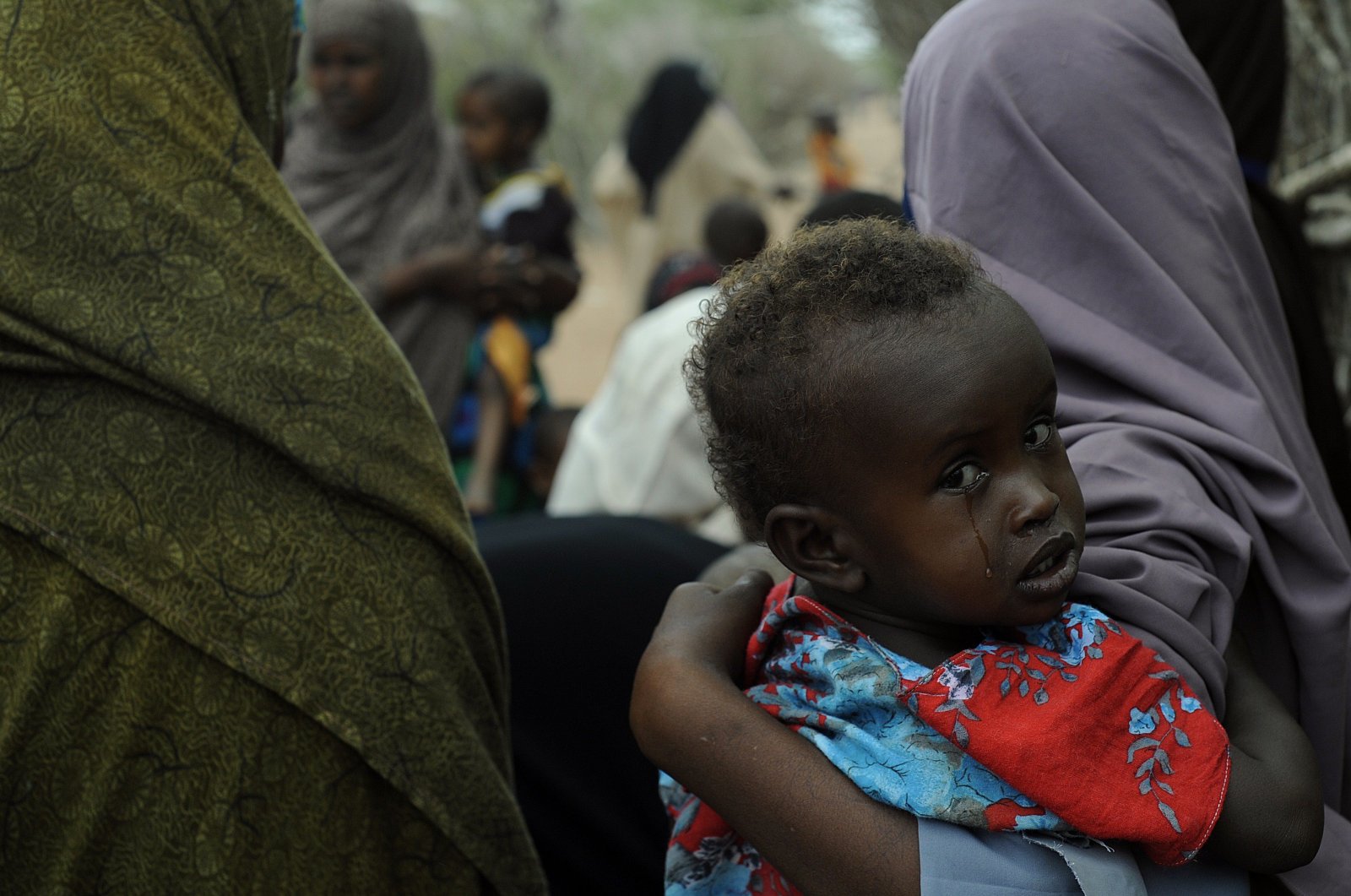 A young Somali refugee waits with her mother to be vaccinated at a pediatric vaccination center at the Hagadere refugee site within the Dadaab refugee complex in northeast Kenya, Aug. 1, 2011. (AFP Photo)
by REUTERS Mar 24, 2021 4:13 pm
RECOMMENDED

Kenya issued an order Wednesday regarding the closure of two sprawling camps that are home to hundreds of thousands of refugees from neighboring Somalia, giving the United Nations refugee agency (UNHCR) two weeks to present a plan to implement the order, the interior ministry said.

The Dadaab and the Kakuma refugee camps in northern Kenya together host more than 410,000 people, a small proportion of whom are from South Sudan.

Authorities in Nairobi first announced their intention to shut the Dadaab camp, which is closer to the border with Somalia than Kakuma, back in 2016, citing national security concerns.

Fred Matiang'i, the interior minister, has now given the UNHCR 14 days to draw up a plan for the closure of both Dadaab and Kakuma, his ministry said in a tweet, adding that there was no room for further talks on the issue.

The UNHCR urged Kenya to ensure that those who need protection continue to receive it and pledged to keep engaging in dialogue.

"The decision would have an impact on the protection of refugees in Kenya, including in the context of the ongoing COVID-19 pandemic," the UNHCR said in a statement.

Somali authorities did not immediately respond to requests for comment.

The Kenyan government's attempt to close Dadaab in 2016 was based on intelligence reports indicating that the two large attacks on Kenyan targets in 2013 and 2015 took place with the involvement of elements in the camps. The plan was blocked by the high court, which called the move unconstitutional.

The camp was established three decades ago and was once the world's largest refugee camp, which at its peak hosted over half a million people fleeing violence and drought in Somalia.

Kakuma, located in the northwest, is home to more than 190,000 refugees, some drawn from neighboring South Sudan.

Kenyan authorities informed the UNCHR on Tuesday it would take the refugees to the border with Somalia if the camps are not closed, the Daily Nation newspaper reported. The interior ministry told Reuters that the reporting was accurate.

Kenya's move comes as relations with Somalia worsen, after Mogadishu cut diplomatic ties with Nairobi last December, accusing it of interfering in its internal affairs.

The two nations are also facing off at the International Court of Justice over a maritime boundary dispute, although Kenya has boycotted the hearing of the case.

Kenya's interior ministry told Reuters the move to close the camps was not related to the diplomatic difficulties with Somalia.