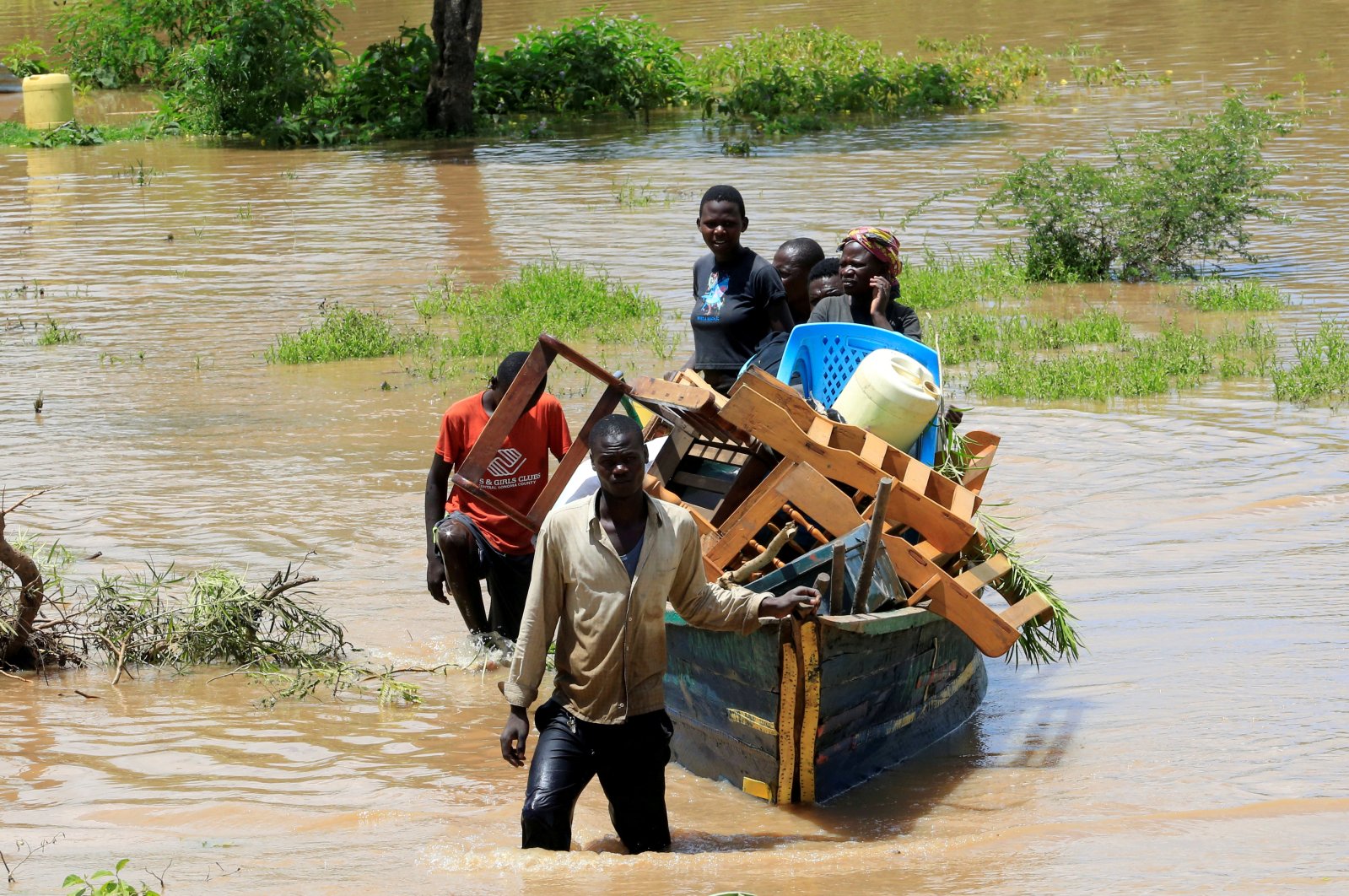 Residents use a boat to carry their belongings through the waters after their homes were flooded in Budalangi, in Busia County, Kenya, May 3, 2020. (Reuters Photo)
by Reuters May 06, 2020 2:34 pm
RECOMMENDED

The heavy rain, which accelerated in mid-April, is expected to continue in already hard-hit areas in the coming weeks, the Kenya Meteorological Department said in its most recent forecast. May usually marks the end of the rainy season.

In Budalangi, western Kenya, residents have had to carry their belongings away from their submerged houses using boats and motorbikes, after the River Nzoia burst its banks, spilling over the land for miles around.

Government spokesman Cyrus Oguna said on Twitter that over the past three weeks, floods displaced 100,000 people – complicating efforts to protect against the spread of the coronavirus, which has killed 24 people in the country.

The government is providing food and water to the displaced people and has also requested the Health Ministry to provide them with masks as a precautionary measure.

The floods and landslides have been concentrated in western Kenya and have so far killed 194 people, said Eugene Wamalwa, the minister in charge of relations between the regional leadership and the national government.

"Yesterday alone, we have lost 30 people in a matter of 24 hours," Wamalwa said.

The two dams, Masinga and Turkwel, have a combined installed electricity generation capacity of 140 MW, representing about 6% of Kenya's total installed capacity.

As Masinga also feeds into several other dams, officials advised people living near those downstream reservoirs to evacuate.

"We are telling people who are downstream, Garissa all the way to Tana River – things are worsening," Keter said about residents of the two eastern counties.

"We are asking them to move. Let them not wait for water, because this is historical," he said.

"We are not waiting for people to move – we are moving some people away from danger," he said.

The floods have also destroyed 8,000 acres of rice fields, the cabinet secretary for water and irrigation, Sicily Kariuki, said.

Kenya was already facing a looming rice shortage due to shipping disruptions caused by the coronavirus outbreak.

The heavy rains and landslides could also lead to water shortages, Kariuki said.

"The infrastructure to deliver water has been washed away ... pipelines have been clogged," said Kariuki, asking residents of several cities including the capital of Nairobi to use their water in a "rational" manner.