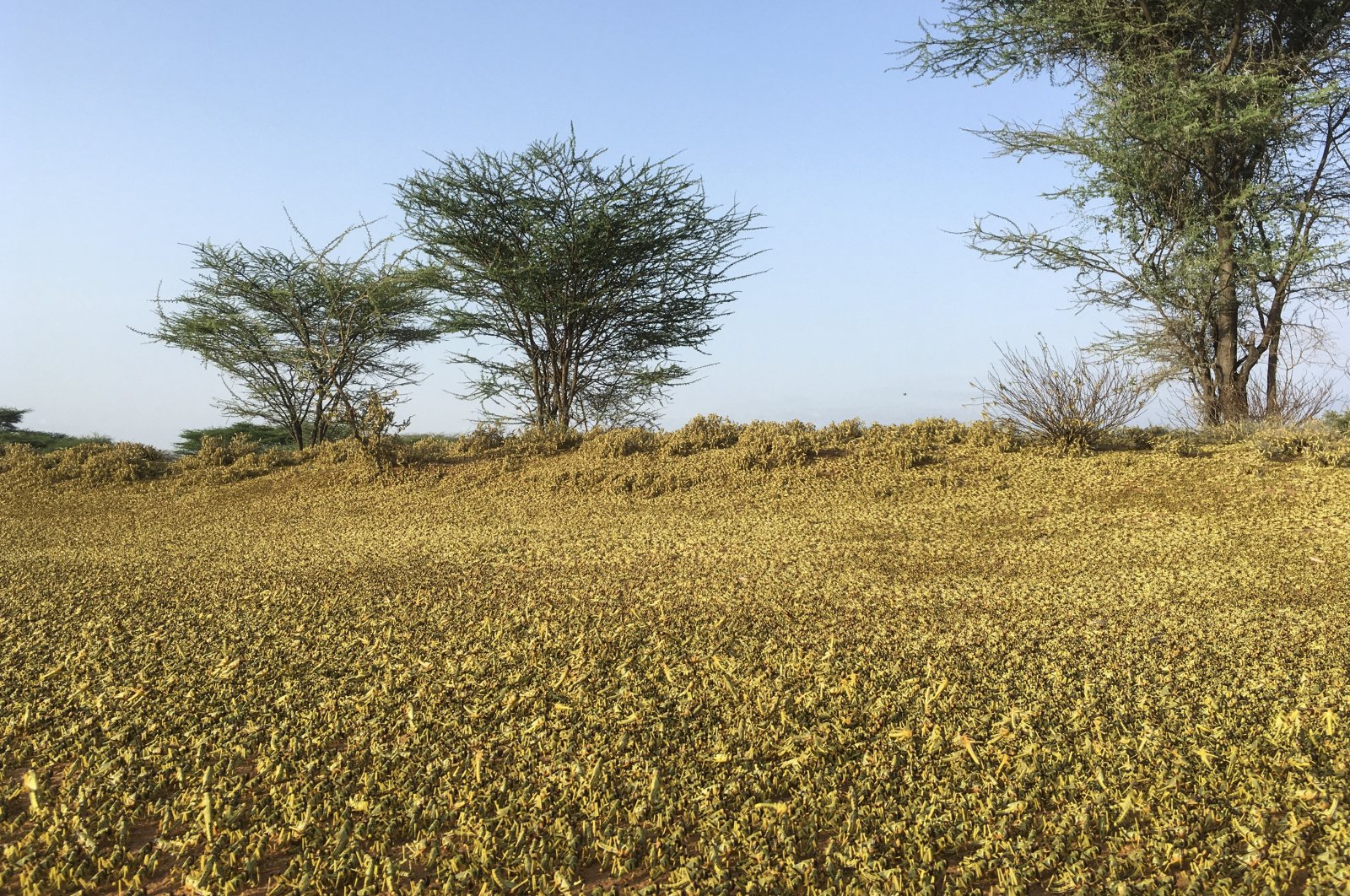 Lorugum village in northwestern Kenya is under siege. Hundreds of thousands of young desert locusts perch on trees, shrubs and in the grass.

In the coming days or weeks, their bodies will turn from pink to yellow, their wings will harden and, if nothing is done to stop them, they will begin to swarm, with disastrous consequences for agricultural production and the environment.

Using his smartphone camera, Christopher Achilo takes photos and videos of a tree trunk in the village that is crawling with the pink insects and uploads the images onto an app.

"One locust eats food equal to his weight (every day), so imagine having millions of locusts, if you cannot even see over the trees," he said.

"Within some time, all the trees are just naked. Even they go inside the farms, they strip the farms, so it is a very big impact on the food security," Achilo said.

Achilo is one of a team of locust scouts trained by local aid group ACTED, with the help of the United Nations Food and Agriculture Organization (FAO) and Turkana County regional government, to spot and report sightings using a new application, E-Locust.

The information he and the others collect is sent in real-time to a database in Lodwar, Turkana's main town, which is then used by another team deployed to spray the insects with pesticides to prevent swarm formation.

Locust numbers, the worst in three generations, surged in East Africa and the Red Sea region in late 2019 and early this year, encouraged by unseasonably wet weather and dispersed by a record number of cyclones.

The pests could cost East Africa and Yemen $8.5 billion this year, the World Bank has said.

Swarms can fly up to 150 km (93 miles) a day with the wind, and a single square-kilometer swarm can eat as much food in a day as 35,000 people. Desert locusts feed on nearly all green vegetation and crops, including leaves, flowers, bark, fruit, millet and rice.

In a bulletin from July 3, the FAO said it expected swarm formation in Kenya to continue until mid-July. It said that in June, control operations treated around 30,830 hectares against locusts, around 8,500 of those hectares by air.