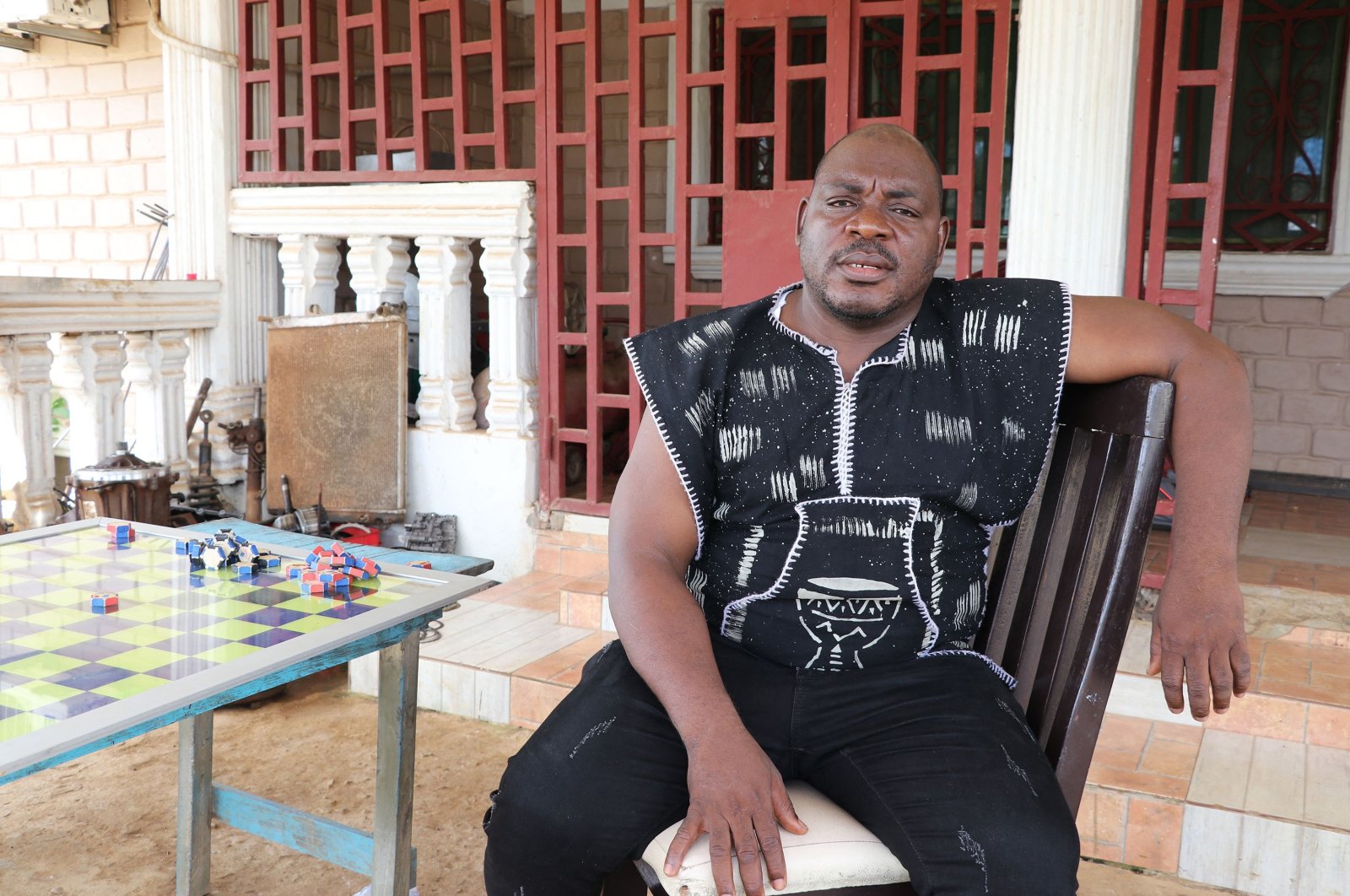 A former Liberian rebel commander, known as "General Butt Naked" and notorious for sacrificing children and charging into battle in the nude, is now trying to find redemption by saving ex-child soldiers from drugs.

One of the most feared figures to emerge from the West African country's civil wars, Joshua Blahyi, by his own admission, sacrificed children and cannibalized them.

He would also fight naked in the belief this imbued him with spiritual power, earning him the monicker "General Butt Naked."

Mass killings, torture and rape characterized Liberia's two civil wars, which raged from 1989 to 1997 and from 1999 to 2003, claiming the lives of around a quarter of a million people.

Many of these brutal crimes were carried out by drugged-up child soldiers. When the fighting ended, many of the youngsters remained hooked on drugs and slipped into a life of crime.

Blahyi, for his part, became an evangelical preacher.

"We made them take up arms and consume drugs," the 49-year-old told Agence France-Presse (AFP). "Now I want to repair that mistake."

Since 2006, he has been traveling to slums in the capital Monrovia to try to engage with former child soldiers.

The former rebel also built a compound 25 kilometers (15 miles) north of the city in 2012, where he runs training sessions in a bid to reintegrate them into society.

"For me, these kids are victims and not perpetrators," Blahyi said, adding that coaxing them out of the underworld is a challenge.

"I usually explain to them my own story, and then I ask them to follow suit by giving their lives to Christ and leaving the drugs."

There is also a small chicken farm on site, and volunteers come to teach skills such as carpentry, plumbing and painting.

Some 500 former child soldiers have passed through the compound, according to Blahyi.

One of them, 38-year-old William Wilson, said that he robbed people with machetes for drug money before meeting Blahyi.

"I chose to go to Bible school," Wilson said. "Today I am an evangelist and married with three kids to the daughter of a bishop."

Another former child soldier, 33-year-old Titus Sylvester Borbor, said that Blahyi helped him kick drugs and put him on the path to becoming a university student.

"Today my parents are happy, they have accepted me back," he said.

Many children took up arms to protect their relatives during the civil war but found themselves rejected by their families once the fighting stopped.

"It put deep bitterness in them," said Blahyi, explaining that the legacy of the conflict was still keenly felt across the country.

In January 2008, Blahyi testified to Liberia's Truth and Reconciliation Commission (TRC), recalling the atrocities he had committed to maintain his "special power."

"Any time we captured a town, I had to make a human sacrifice. They bring to me a living child that I slaughter and take the heart out to eat it," he said to a stunned audience.

He did not know how many people they killed, he said. "But for what I did, it is not less than twenty thousand," he added, breaking down in tears.

The turning point, he said, came in 1996, when after seeing the blood of a child on his hand, "Jesus appeared to me and asked me to stop being a slave."

Despite regular appeals to establish a war-crimes court, very few people have faced trial for war crimes or crimes against humanity committed in Liberia – and none inside Liberia itself.

Some ex-warlords also remain powerful figures in the impoverished nation of 4.8 million people.

Prince Johnson – another notorious war figure who has also become an evangelist – is the head of the Liberian Senate Committee on Defense and Intelligence.

But Blahyi is a strong proponent of prosecuting war criminals, including himself, in order to guarantee lasting peace.

"I destroyed so many people's children," he said.

"If I refuse to answer to it ... that same violence that I started will come after me and my children."

President George Weah has so far resisted establishing a war crimes court, but calls to do so are growing louder.

The question was raised during recent hearings by a committee of the U.S. House of Representatives.

And last week, more than a dozen influential Liberian organizations petitioned the country's lawmakers to back such a court.