Libya closes registration for election as 2.8M sign up to vote 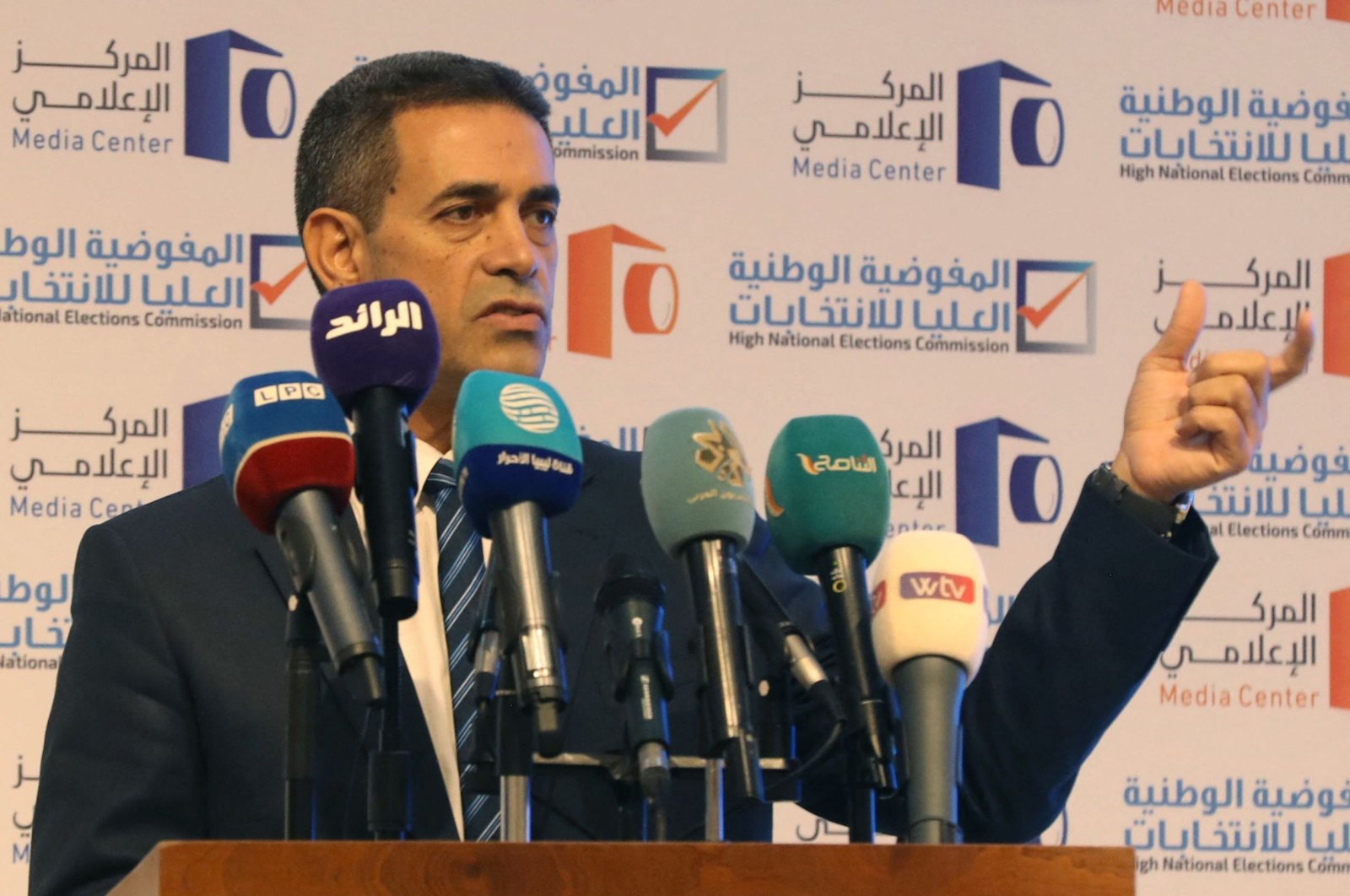 Imad al-Sayeh, the head of Libya's national elections commission, speaks during a press conference in the capital Tripoli, Libya, Aug. 17, 2021. (AFP Photo)
by DAILY SABAH WITH AGENCIES Aug 18, 2021 9:26 am
RECOMMENDED

Registration for the upcoming December elections in Libya was closed, the country’s election commission said Tuesday as doubts grow about whether Libya will be able to head toward normalization despite a monthslong pause in fighting.

Commission head Imad al-Sayeh told journalists in Tripoli that some 2.83 million people in the North African country had signed up to vote and invited citizens overseas to register from Wednesday onward.

A United Nations-brokered cease-fire signed in October between warring eastern and western camps has largely held.

But despite months of relative peace, Libyans remain at odds over when the elections should be held, which elections, and on what legal basis.

Last week at a virtual meeting they again failed to reach a compromise despite pressure from the U.N.

Sayeh said Tuesday that the commission was waiting for a new electoral law to be passed in order for candidates to begin signing up.

Norland pointed out that this will be an essential step toward stability, unity and democracy in the North African nation.

Norland also noted that stability and continued progress on the political and security process will lead to greater economic opportunities, foreign investment and prosperity for Libyans.

On the other side, the Libyan Army has warned that there are indications that war is still a possibility in Libya.