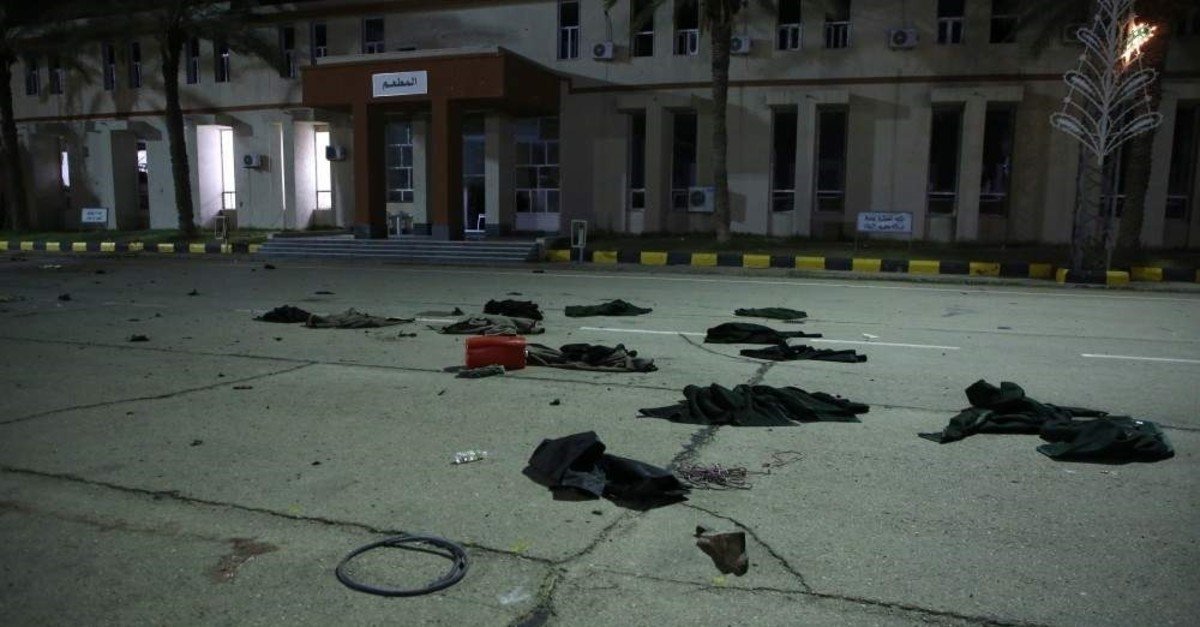 Libyans on Monday commemorated the victims of a drone strike by the United Arab Emirates (UAE) on a military academy that killed 26 unarmed cadets and left many more wounded.

Relatives of the victims, the school’s commanders and members of the association of military academy martyrs gathered at the academy for a commemoration ceremony.

In support of putschist Gen. Khalifa Haftar, on Jan. 4, 2020, the UAE conducted an airstrike on a military school in the south of the Libyan capital of Tripoli, killing a large number of young cadets, most under the age of 20. Haftar and the UAE denied the attack, placing the blame on local forces.

The attack was also strongly condemned by Turkey, whose foreign ministry added that "it is essential for the international community to take the necessary steps and to put an end to external support provided to Haftar."

In August, a report by the BBC stated that the military academy was hit by a Chinese Blue Arrow 7 missile that was fired by the Wing Loong II drone from al-Khadim air base, operated by the UAE at the time.

The missile is only in use in China, Kazakhstan and the UAE and is paired with the Chinese-made Wing Loong drone.

The investigation revealed that the pieces of shrapnel found on the ground after the attack matched the Chinese-made missile and that the drone, the only aircraft capable of firing the missile, operated over Tripoli in January.

“The BBC also found an arms registry showing that, in 2017, the UAE bought 15 Wing Loong drones and 350 Blue Arrow 7 missiles,” the report said.

The UAE has invested heavily in support of Haftar’s attack against the legitimate Government of National Accord (GNA) although there has been an international arms embargo on Libya in place since 2011.

The UAE has been harshly criticized by human rights groups and the United Nations for escalating violence in the war-torn country. Human Rights Watch (HRW) in late April stated that an airstrike by the UAE on a biscuit factory south of Tripoli on Nov. 18, 2019, killed eight civilians and injured 27 others.

Similarly, a confidential U.N. report in March revealed that two Dubai-based companies have been sending Western mercenaries to support Haftar in his offensive.