Libya opens registration for election candidates ahead of vote 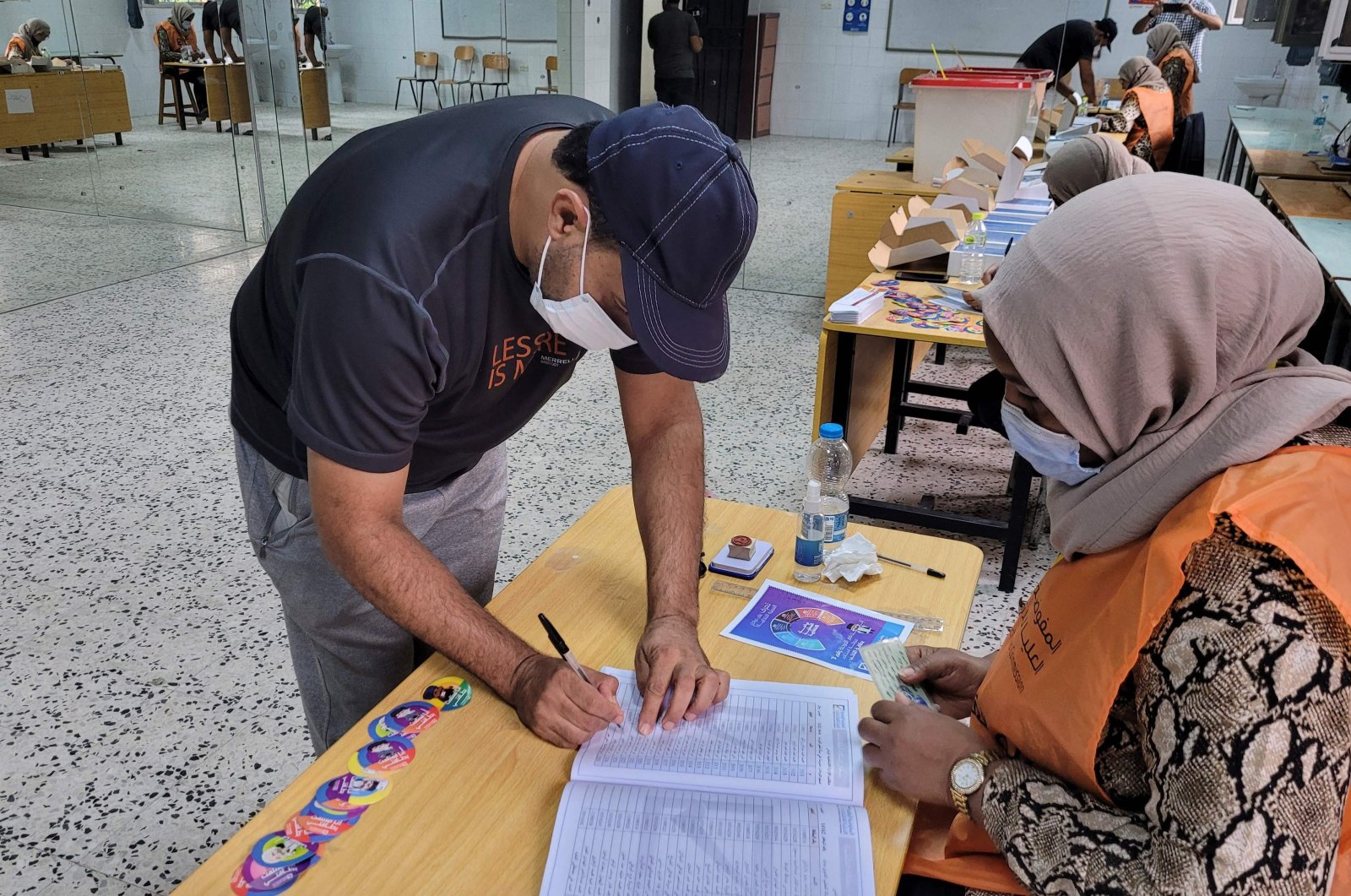 Libya's High National Elections Commission (HNEC) on Monday opened registration for candidates for the upcoming presidential and parliamentary polls to be held on Dec. 24. The elections are seen as a step toward normalcy after nearly a decade of war affecting the country.

Libya's first-ever direct upcoming presidential poll is the culmination of the peace process initiated last year by the United Nations to draw a line against years of violence since the revolt that toppled dictator Moammar Gadhafi in 2011.

Registration for presidential election candidates would be open until Nov. 22 and for parliamentary candidates until Dec. 7 at HNEC offices in the three main cities in Libya's west, east and south.

He cited perceived "fragile military conditions on the ground and lack of preparation to organize free and fair elections in a state divided between rival military factions."

The opening of candidacies "is the real start of the electoral process," HNEC head Imad al-Sayeh told reporters Sunday.

In early October, parliament split the dates of the vote by postponing legislative elections until January. Two weeks later, Prime Minister Abdul Hamid Dbeibah promised the vote would be held "on time."

As the bickering over the election timetable dragged on, low-level fighting between rival militias violated the cease-fire.

But the foreign powers have been pushing hard for both elections to coincide, as agreed at U.N.-led talks last year.

Global powers have been pushing for elections as a key part of a roadmap out of years of violence between an array of Libyan and foreign armed groups.

Speaker of the eastern-based parliament, Aguila Saleh, in September signed the presidential elections bill drawing ire from critics who say it bypassed due process and favored Haftar.

French President Emmanuel Macron will host an international conference later this week aimed to drum up support for the elections, with U.S. Vice President Kamala Harris on the guest list.

Turkey recently announced that it would not attend the Paris conference on Libya that Greece, Israel and the Greek Cypriot administration will participate in.

The Paris conference, expected to be held Nov. 12, aims to give a final international push so that elections are held by the year-end and to endorse the departure of foreign forces.

The summit, organized by the U.N., Germany and Italy, in Paris will gather regional and international heads of state.

But many worry that the security situation in Libya will not allow a free and fair vote, while a disputed outcome could spark a return to conflict.

Haftar is widely expected to run for the presidency but is despised by many in western Libya for the devastating offensive he launched against Tripoli in 2019.

"Irrespective of the outcome, the election results will be rejected by one side or the other and destabilize the power balance, leading to violence," Gomati said.