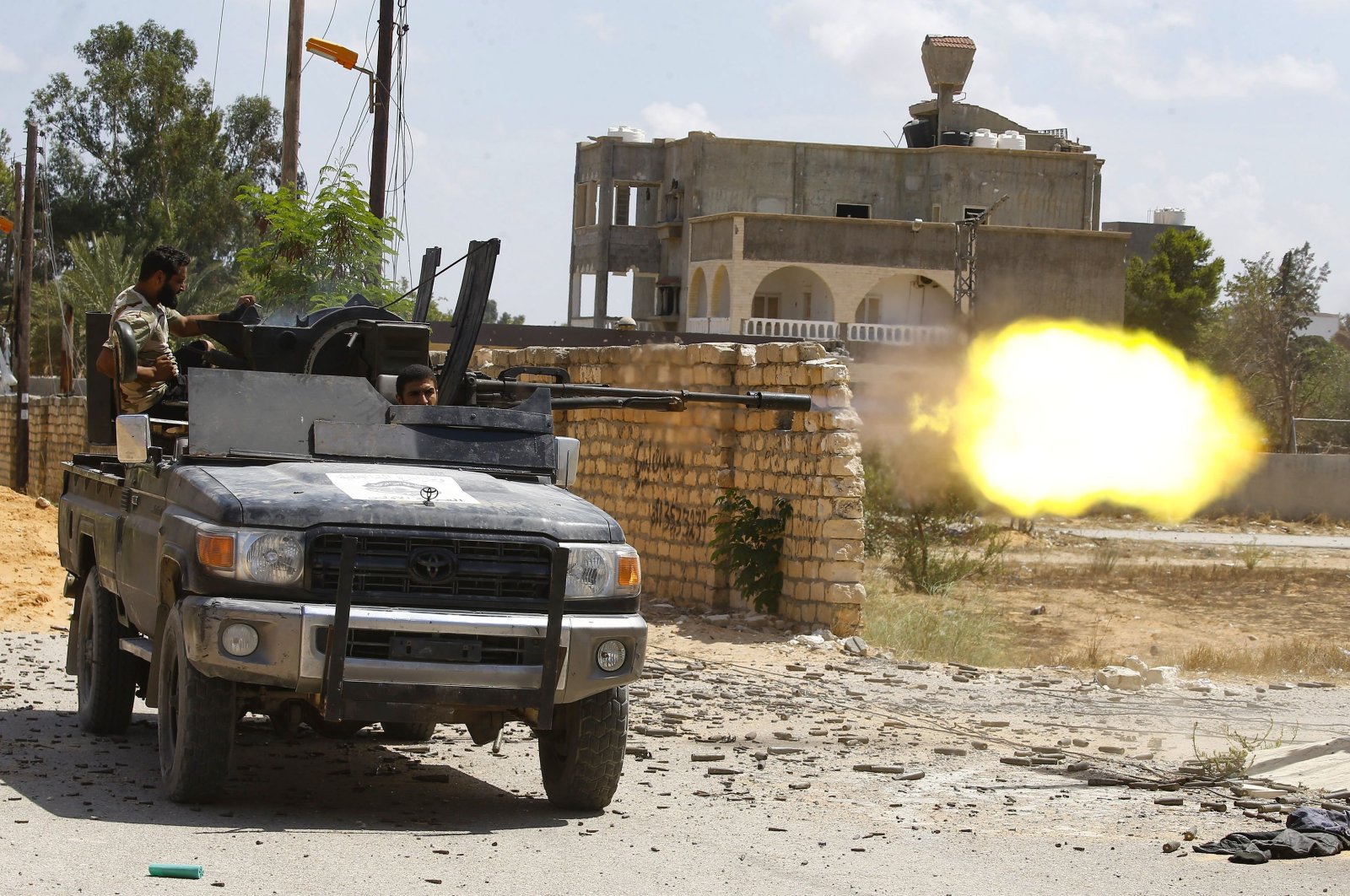 In this file photo taken on September 7, 2019, a fighter loyal to the internationally-recognized Libyan Government of National Accord (GNA) fires a truck-mounted gun during clashes with forces loyal to putschist Gen. Khalifa Haftar in the capital Tripoli's suburb of Ain Zara. (AFP File Photo)
by daily sabah Dec 25, 2020 10:23 am
RECOMMENDED

The Libyan government will not allow forces loyal to putschist Gen. Khalifa Haftar to wreak havoc in the country as they did in April 2019, the defense minister said Friday.

Minister Salahaddin Namroush told al-Ahrar TV that the United Nations-recognized Government of National Accord (GNA) has been respecting the terms of the cease-fire, but Haftar’s forces have violated it numerous times.

Namroush’s comments came shortly after Haftar threatened to attack Turkish troops in the country if they continue to support the GNA's forces in the country.

“We will not let them repeat what they did on April 4, 2019,” Namroush said, in reference to when Haftar launched an offensive to capture the capital Tripoli from the GNA.

He also noted that the troops have been waiting for instructions from Prime Minister Fayez Sarraj to respond to Haftar’s violations.

Condemning Haftar’s forces for committing crimes against humanity in Tarhuna, Namroush said they cannot accept any attempts to conceal his crimes.

The defense minister also said they support a political solution and will not forsake an inch of territory in Libya.

Haftar on Thursday threatened to use force against Turkish troops if Ankara doesn't stop its support to the legitimate government in the war-stricken North African country.

Haftar's comments came in response to the Turkish Parliament's decision to extend for 18 months a law that allows the deployment of troops to Libya. Turkey's military assistance to the Tripoli-based GNA – including advisers, equipment and intelligence – helped stop Haftar's yearlong assaults on the capital.

In August, Turkish military advisers and staff arrived at the Defense Security Cooperation and Training Assistance Advisory Command that was established as part of a memorandum of understanding between Turkey and Libya. They provided training and logistical assistance in cooperation with Qatar to reestablish a regular military in Libya.

The Libyan Army had been an informal amalgamation of militias, tribal soldiers and clansmen. The process by Turkey and Qatar standardized training and recruitment in order to make it an official fighting force.