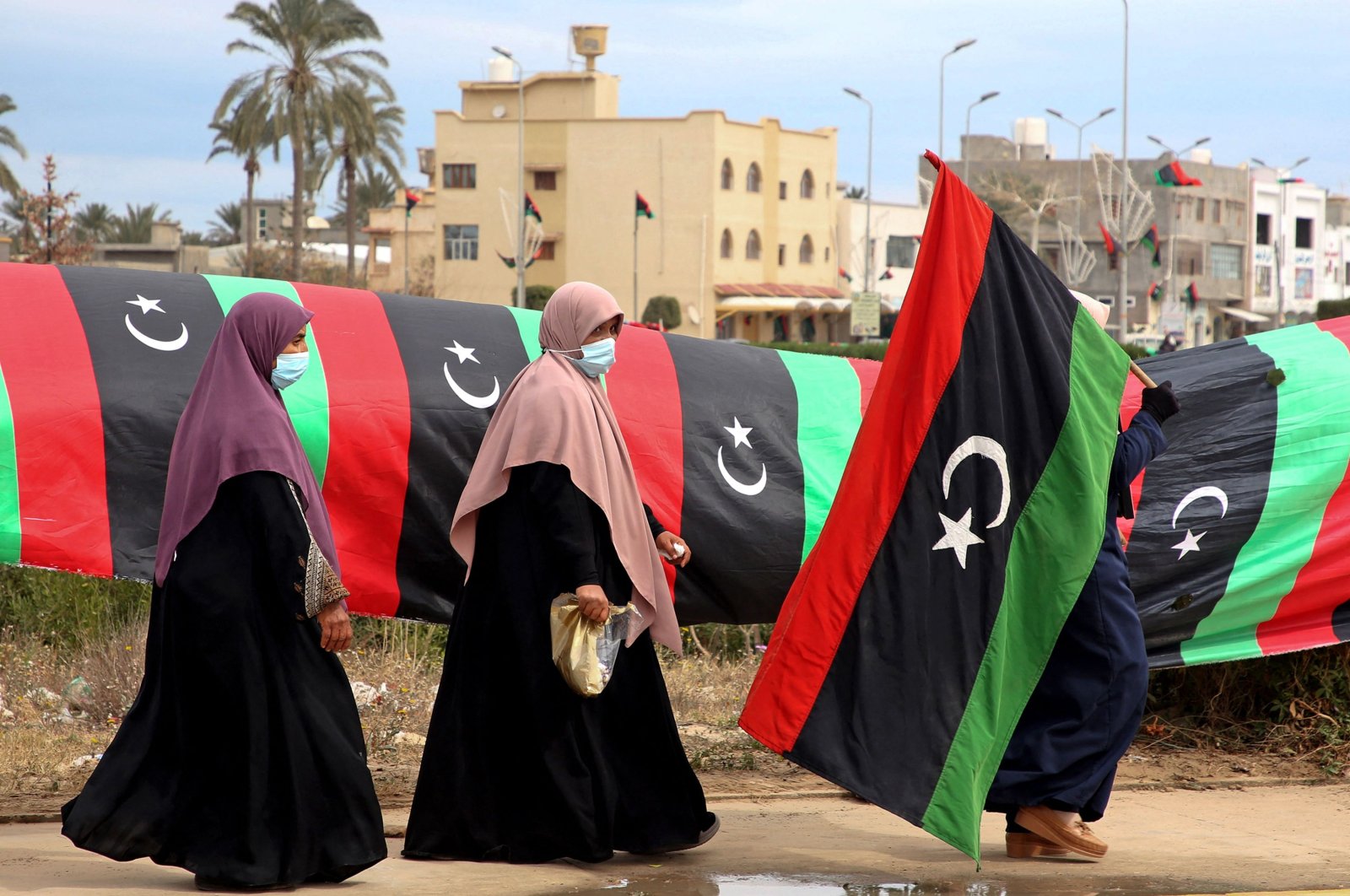 The Libyan interim government unveiled a new vision for the war-torn country as the prime minister-designate, Abdul Hamid Dbeibah, on Thursday proposed a structure in accordance with the United Nations road map.

Dbeibah was selected early this month in a U.N.-sponsored inter-Libyan dialogue, the latest internationally backed bid to salvage the country from a decade of conflict and fragmented political fiefdoms.

But it was unclear how far progress has been made toward naming a Cabinet.

"We submitted today a proposition for a structure and a working vision of a national unity government along with the selection criteria for (that) team ... to the speaker of parliament," Dbeibah told reporters in Tripoli.

He said the submission was in line with the deadline set by a U.N. road map, which requires at least 30% of top government posts to be filled by women and young candidates.

He also told reporters that the names of proposed ministers will be disclosed in parliament during a vote of confidence for his lineup.

But a statement on his Facebook page late Thursday said that he had not yet sent a list of names.

The premier has until March 19 to win approval for a Cabinet before tackling the giant task of unifying Libya's proliferating institutions and leading the transition up to the Dec. 24 polls.

Dbeibah said his "main objective is to bring Libyans together and to make the competence of ministers a primary criterion."

Dbeibah is expected to form his Cabinet by Feb. 26 at the latest.

In a major development, 74 members of the U.N.-led Libyan Political Dialogue Forum (LPDF) involving rival political groups elected an interim unity government on Feb. 5 after five days of U.N.-brokered talks in Switzerland. The move has ignited hope for political stability.

The LPDF was launched in Tunisia on Nov. 9 to find a political solution to the Libyan crisis under the leadership of the U.N. Libya Support Mission. The forum represents the three main regions of Libya: Tripolitania (west), Barqa/Cyrenaica (east) and Fezzan (south).

The interim government will replace the Tripoli-based Government of National Accord (GNA) led by Prime Minister Fayez Sarraj. The GNA assumed office in 2015 under an U.N.-led agreement. But efforts for a long-term political settlement failed due to a military offensive launched by militias loyal to Libyan putschist Gen. Khalifa Haftar.

The U.N. had been recognizing the Sarraj government, which was also supported by Turkey, as the country's legitimate authority.

It faces the daunting challenge of addressing the grievances of ordinary Libyans hit by a dire economic crisis, soaring unemployment, wretched public services and crippling inflation.

Dbeibah must win over not only critics at home but foreign powers with competing interests in Libya.

Besides, the conflicted country's deputies can't even decide where to convene for the vote on Dbeibah's team.

Aqila Saleh, the speaker of the eastern-based Tobruk parliament and known for his support for Haftar, wants to hold the session in Sirte, halfway between east and west, but the majority of lawmakers prefer Sabratha, west of Tripoli.

If a quorum for parliament is not met, the 75 delegates who took part in the Switzerland talks would vote for the executive.