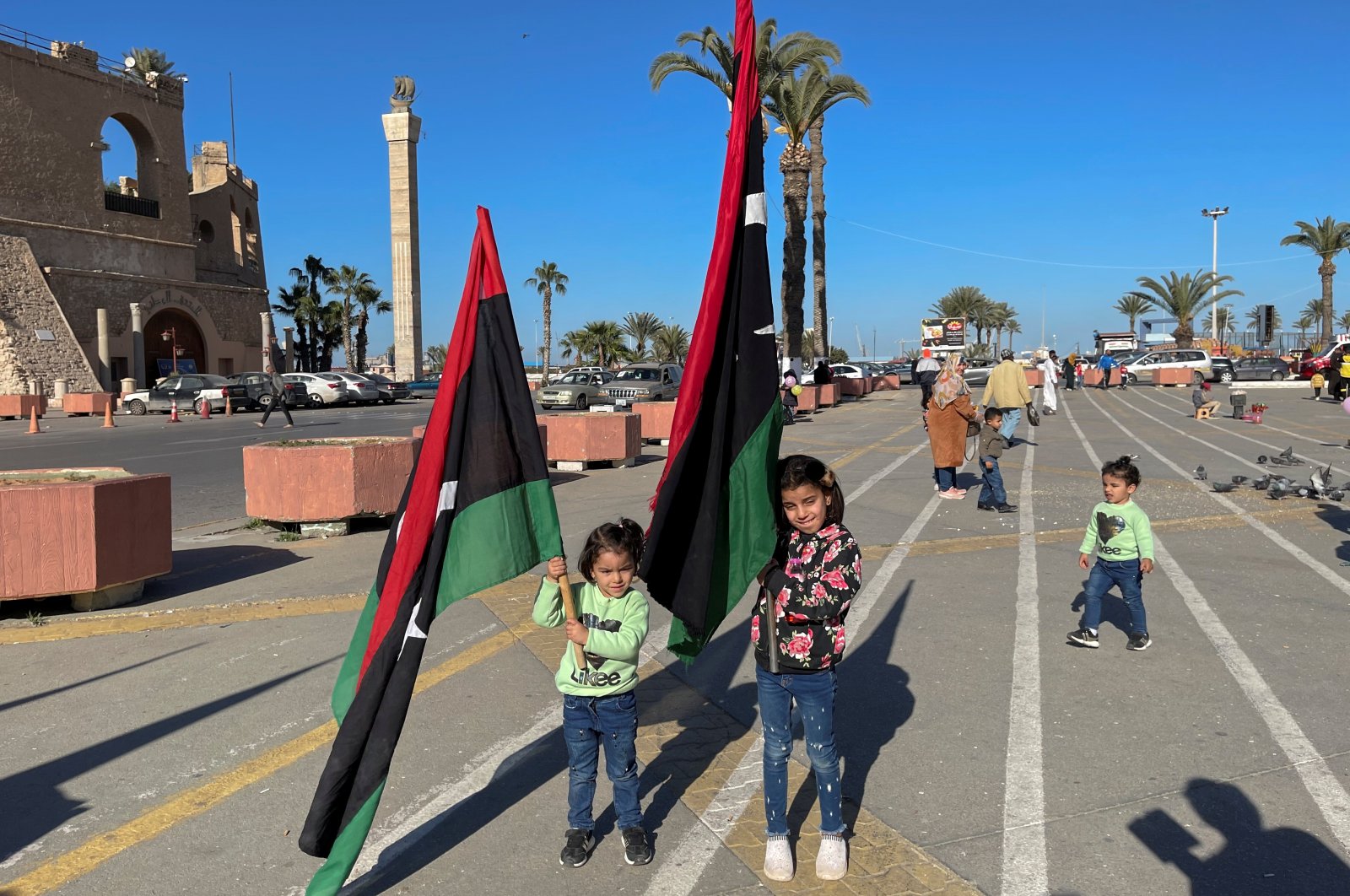 Following the Libyan Political Dialogue Forum's appointment of a prime minister and a three-member presidency council to lead the country during the transition period, President Recep Tayyip Erdoğan was among the first to congratulate the interim government leaders

Libya embarked Saturday on a new phase of its post-Moammar Gadhafi transition after an interim executive was selected to lead the country until December elections following a decade of chaos.

Abdul Hamid Dbeibah, a 61-year-old engineer, was selected Friday as interim prime minister by 75 Libyan delegates at U.N.-led talks outside Geneva, the culmination of a dialogue process launched in November.

The new premier on Saturday called for the "reconstruction of the country" and promised to be "ready to listen to and work with all Libyans, whatever their ideology, affiliation or region."

In his first address in the new role, he described the selection process as "democratic and reunifying" after "conflicts and divisions that have affected the Libyan state and its institutions."

"The result ... is a consecration of democracy and unity," he ventured in the televised address as he quoted by Agence France-Presse (AFP).

It marked the start of a new chapter for Libya after the failure of a 2015 U.N.-brokered deal that established a Government of National Accord (GNA) headed by Fayez Sarraj.

Libya has been mired in violent turmoil with divisions between the U.N.-recognized legitimate GNA in Tripoli and an illegitimate rival administration backed by putschist Gen. Khalifa Haftar in the east.

U.N. Secretary-General Antonio Guterres said, "I do believe it is a breakthrough."

Hailing from the city of Misrata, newly selected premier Dbeibah had led the Libyan Investment and Development Company under longtime dictator Gadhafi, who was toppled and slain in a 2011 revolution.

The wealthy businessperson has 21 days to form a Cabinet then another three weeks to win a vote of confidence in parliament, by March 19 at the latest.

Dbeibah was considered an outsider candidate – in large part due to his past close ties to Gadhafi – compared with the influential speaker of the eastern-based parliament, Aguila Saleh, and powerful GNA Interior Minister Fathi Bashagha.

A three-member presidency council has also been chosen to head a unity administration and steer the North African state toward the ballot box on Dec. 24.

The vote is part of a complex U.N.-led process aiming to build on a fragile cease-fire in force since October that has cleared the way for a resumption of oil exports on which the country is dependent.

Mohammad Younes Menfi from eastern Libya, a former ambassador expelled by Greece in December 2019 in protest at an agreement between Tripoli and Ankara, is to head the Presidential Council.

Turkey and Libya signed agreements on security and maritime borders in 2019. The maritime deal enabled Turkey to secure its rights in the Mediterranean while preventing any fait accompli by other regional states. However, Greece, one of the main regional actors, did not welcome the deal and regarded it as a violation of its rights, though international law proves otherwise.

Menfi's deputies are Moussa al-Koni, a member of Libya's long-marginalized Touareg minority from the south of the country, and Abdallah Hussein al-Lafi, from the western city of Zuwara.

Turkey's president congratulated the leaders of Libya's interim government in a phone call on Saturday.

President Recep Tayyip Erdoğan wished success to Menfi and Dbeibah, who have been elected as head of the Presidential Council and prime minister, respectively, according to a statement by the Turkish Presidency.

"Turkey will continue its efforts for political unity, territorial integrity, stability, peace, security and prosperity in Libya and further enhance its cooperation with Libya in the new period," Erdoğan said.

Britain, France, Germany, Italy and the U.S. welcomed the interim government but cautioned of a "long road ahead" and said it would have to offer Libyans essential public services.

Egypt’s President Abdel-Fattah el-Sissi, one of the main backers of Haftar, has also given his support to the transitional government that would lead neighboring Libya through elections late this year.

Haftar's spokesperson on Saturday congratulated Dbeibah and Menfi as well as "the Libyan people" on the outcome of the selection process, a day after outgoing premier Sarraj wished the new executive "success in their mission."

“The Libyan people hope that it will work tirelessly to provide services and prepare the country for general elections on Dec. 24, 2021,” the statement said, referring to the interim government.