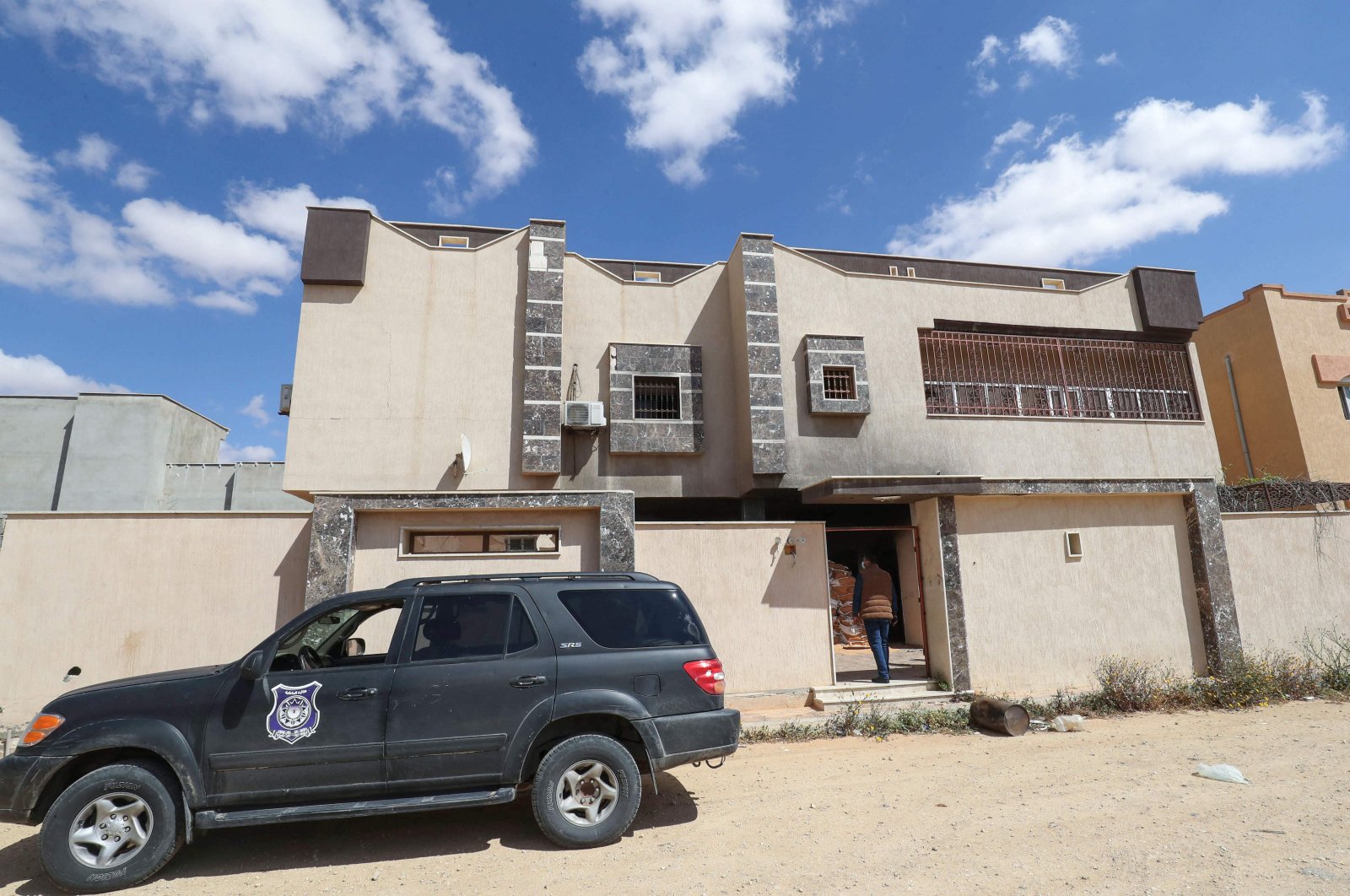 The damaged and abandoned villa complex of members of a Libyan family who commanded a militia and traumatized the town of Tarhuna, Libya, March 26, 2021. (AFP File Photo)
by Daily Sabah with AFP Jul 28, 2021 9:18 am
RECOMMENDED

Libya's new transitional executive emerged from a U.N. process that was launched in November in Tunis, then voted on in Geneva and confirmed by Libya's parliament on March 10. Elections are tentatively set for Dec. 24, but many preconditions are yet to be met, Menfi and Sassou Nguesso said in a joint statement.

Ahead of the vote, "urgent challenges (include) the consolidation of the ceasefire, respect of the arms embargo, the unification of the country's military and financial institutions (and) the withdrawal of foreign combatants and mercenaries," the statement said.

"After all that, we will go straight to elections for stability in Libya," Menfi, chairperson of Libya's Presidential Council, told reporters.

"It is desirable that President Denis Sassou Nguesso talk directly with the Russian and Turkish presidents to obtain the departure of the mercenaries," a Congolese diplomat told Agence France-Presse (AFP), requesting anonymity.

Turkey had backed the Tripoli-based Government of National Accord (GNA) against the eastern-based forces of putschist Gen. Khalifa Haftar that were supported by Russia, Egypt, the United Arab Emirates (UAE) and France.