Libyan officials to meet in Geneva for dialogue forum 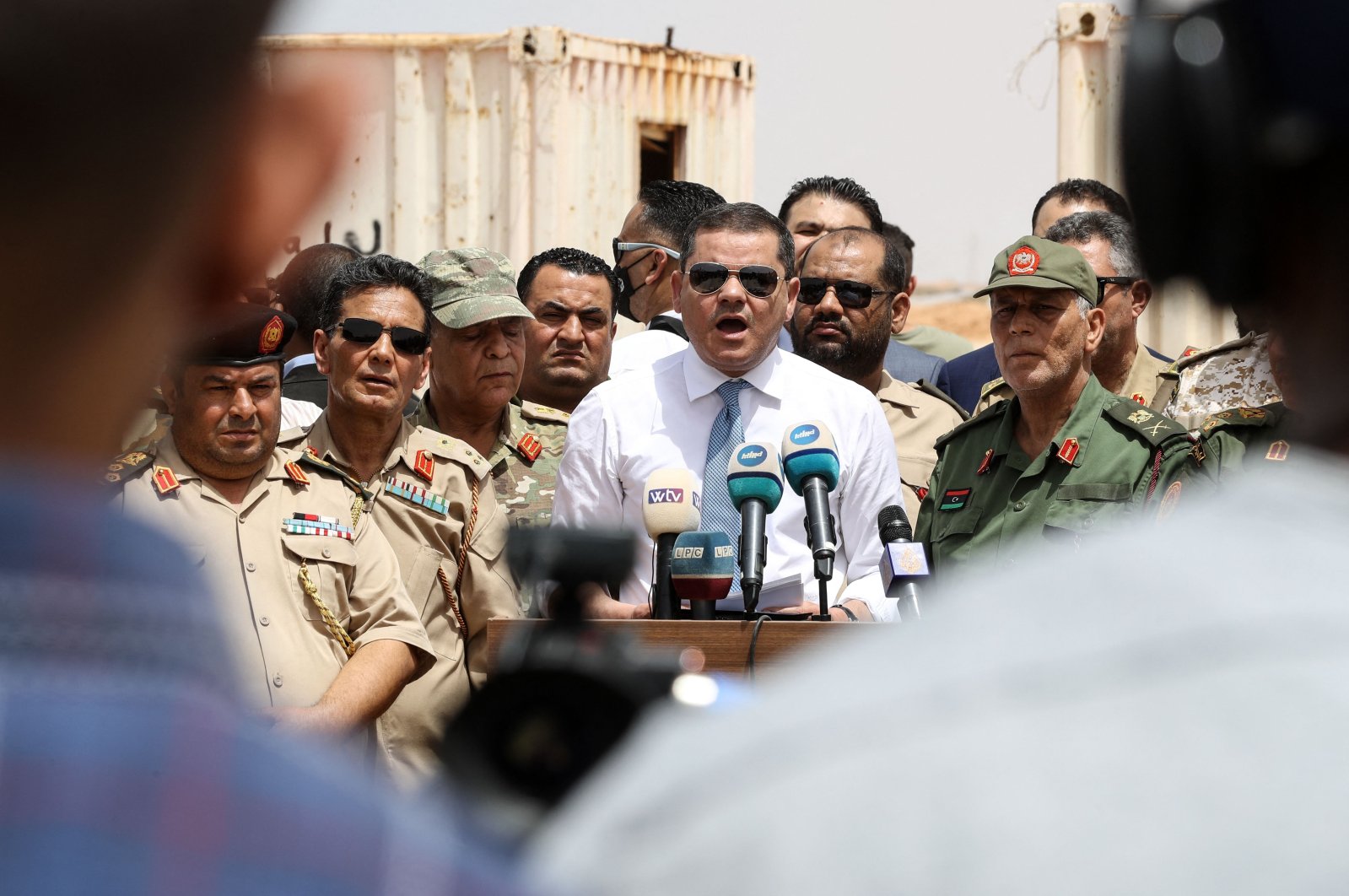 Libyan Interim Prime Minister Abdulhamid Dbeibah, delivers a speech in the town of Buwairat al-Hassoun, during a ceremony to mark the reopening of a 300-kilometer road between the cities of Misrata and Sirte, Libya, June 20, 2021. (AFP Photo)
by Anadolu Agency Jun 21, 2021 10:28 am
RECOMMENDED

The in-person meeting is an opportunity for members of the LPDF to develop proposals to further facilitate the holding of national elections on Dec. 24, particularly the constitutional basis for polls, UNSMIL said in a statement.

Ahead of the meeting, the LPDF's advisory committee will convene from June 24-26 in Tunisia for a preparatory meeting to help facilitate the plenary discussions through developing practical mechanisms that can move the discussions forward but also consensus building and decision making, the statement said.

The statement also said that Jan Kubis, the special envoy of the U.N. Secretary-General for Libya and head of UNSMIL, renews his call on all concerned parties, including LPDF members, the House of Representatives and the High Council of State, to respond to the aspirations of the Libyan people and to work to swiftly finalize the constitutional basis and legal framework for the elections.

Formed Dec. 17, 2020, based on a roadmap approved by the LPDF, the advisory committee consists of 18 members that are tasked with following the constitutional path for Libya's roadmap toward holding elections.

Libya has recently witnessed positive developments following a breakthrough in which rival parties agreed Feb. 5 on a unified new executive authority that will govern Libya in the lead-up to national elections Dec. 24.