Libyan PM Dbeibah to run for president 'if people want' 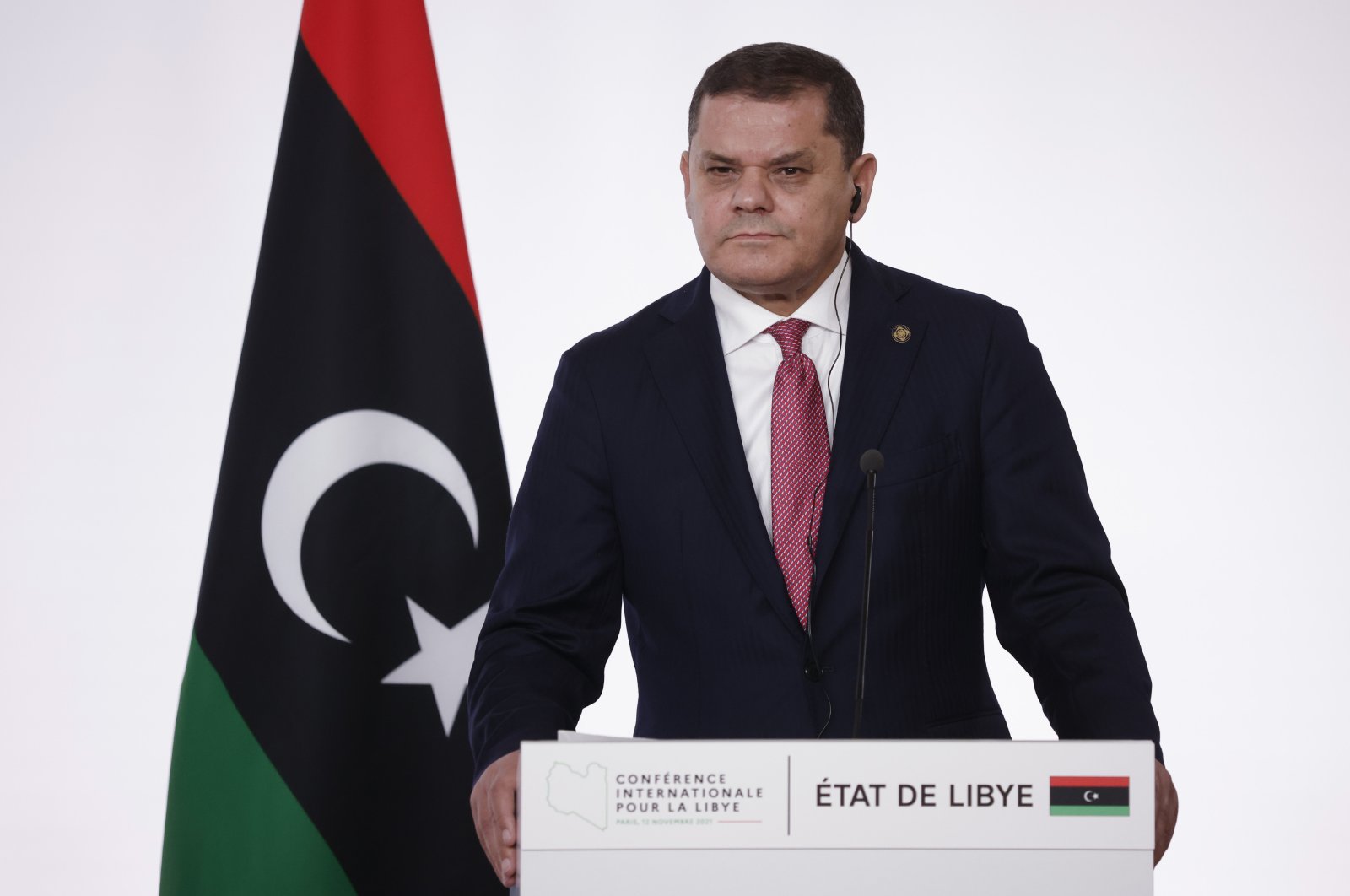 Libyan Prime Minister Abdul Hamid Mohammed Dbeibah said he will run for president if that is what the Libyan people want, a day after the announcement of Seif al-Islam Gadhafi's candidacy for the upcoming polls in December.

“It’s up to you. Do you want me to run in the elections, or do you not? Dbeibah asked students at the new National Youth Council in the capital Tripoli on Monday. He also said he would announce his position on running for the presidential elections at the "appropriate moment."

He also rejected electoral laws passed last month by the eastern-based House of Representatives, saying they are designed to suit only certain people.

Critics say the new election laws would allow warlord Khalifa Haftar, the putschist retired general who controls the majority of Libya's east, to seek the presidency.

The self-proclaimed "commander-in-chief of the Libyan National Army" has contributed greatly to the decadelong turmoil in Libya after leading an unsuccessful military offensive, with the support of foreign powers, to topple the internationally recognized Government of National Accord (GNA) in the west.

"We want a fair parliament that serves all Libyans, and a fair election law that Libyans agree on," Dbeibah said.

He is currently barred from running under Libya's current elections laws.

Dbeibah has yet to officially announce his candidacy. Under Libya’s elections laws, he would have had to step down from government duties more than three months before an election date. He also pledged when he was appointed to the interim position through U.N.-led talks that he would not run for office in the government that succeeded his. Those talks were marred by allegations of bribery.

In an apparent reference to the Gadhafi family, Dbeibah also referenced a recent controversy involving Libya's foreign minister who is facing suspension after telling the BBC that the government could work with the United States on extraditing a man wanted in the 1988 Lockerbie bombing. The downing of the commercial flight over Scotland killed 270 people. Gadhafi's government had accepted responsibility for the attack and paid compensation to victims' families after years of sanctions.

“Who got us to Lockerbie?” Dbeibah asked the crowd. “Who put us under sanctions, travel bans. It cannot be repeated.”

The long-awaited vote still faces challenges, including unresolved issues over laws governing the elections, and occasional infighting among armed groups. Other obstacles include the deep rift that remains between the country’s east and west, split for years by the war, and the presence of thousands of foreign fighters and troops.