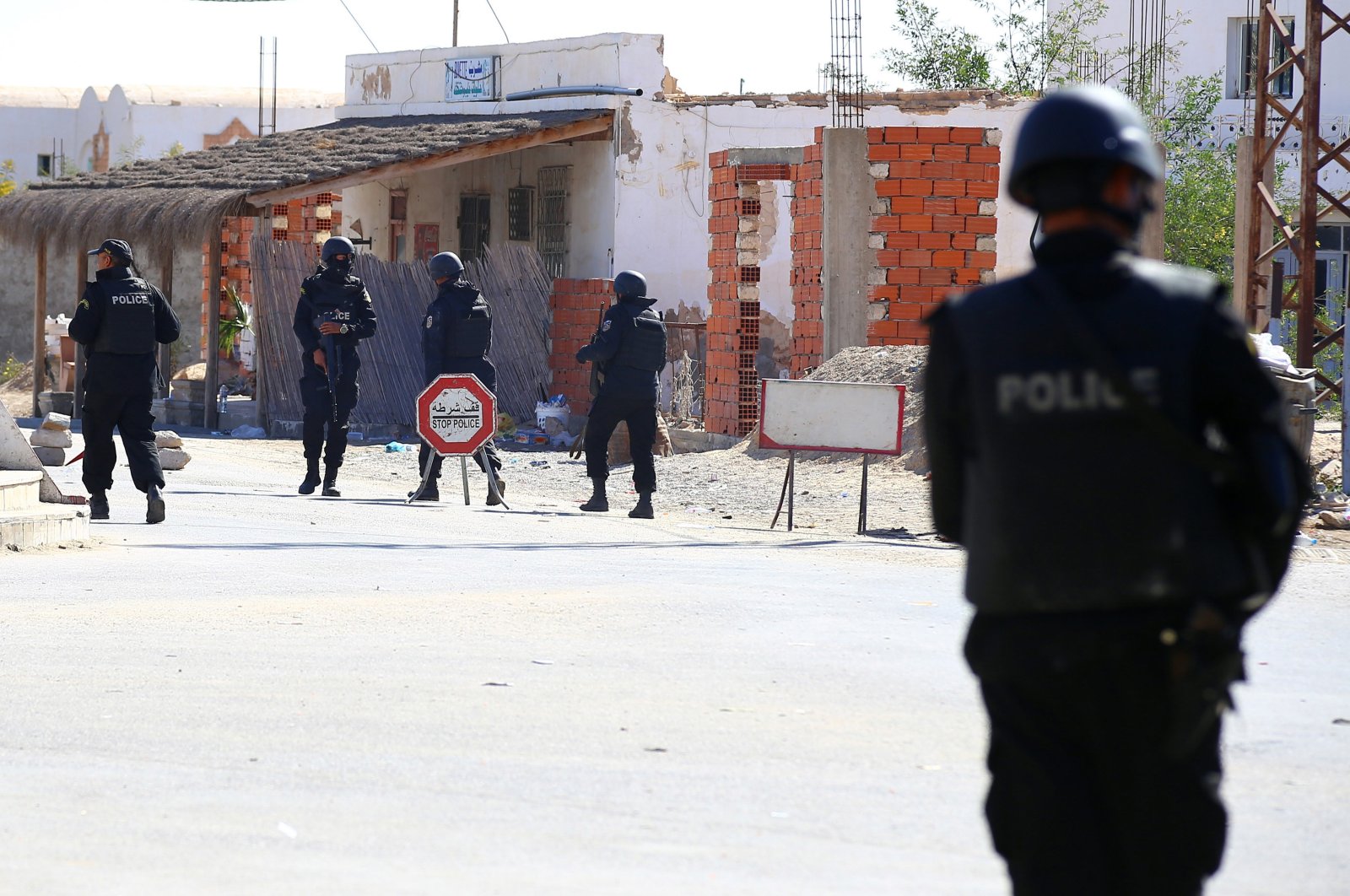 Tunisian police officers take positions as they search for attackers still at large in the outskirts of Ben Guerdane, southern Tunisia, near the border with Libya, March 8, 2016. (AP File Photo)
by DAILY SABAH WITH AGENCIES
Sep 01, 2021 11:05 am

Libyan Prime Minister Abdul Hamid Dbeibah said false allegations regarding the situation on the border with Tunisia will not affect bilateral relations.

In a statement he posted on Twitter Tuesday, Dbeibah said both countries have been suffering from terrorism and false claims “will not affect the depth of the brotherly relationship and we will remain one people in two countries.”

Dbeibah’s remarks came in response to reports claiming that Syrian mercenaries were crossing the border into Tunisia to carry out terrorist attacks.

The Libyan prime minister had previously rejected the accusations, saying that the country waged a war against Daesh terrorists and defeated them in Sirte and other areas.

Despite the cease-fire and progress on the political front, the security situation remains fragile.