Libya's putschist Gen. Haftar hires ex-politicians to lobby in US 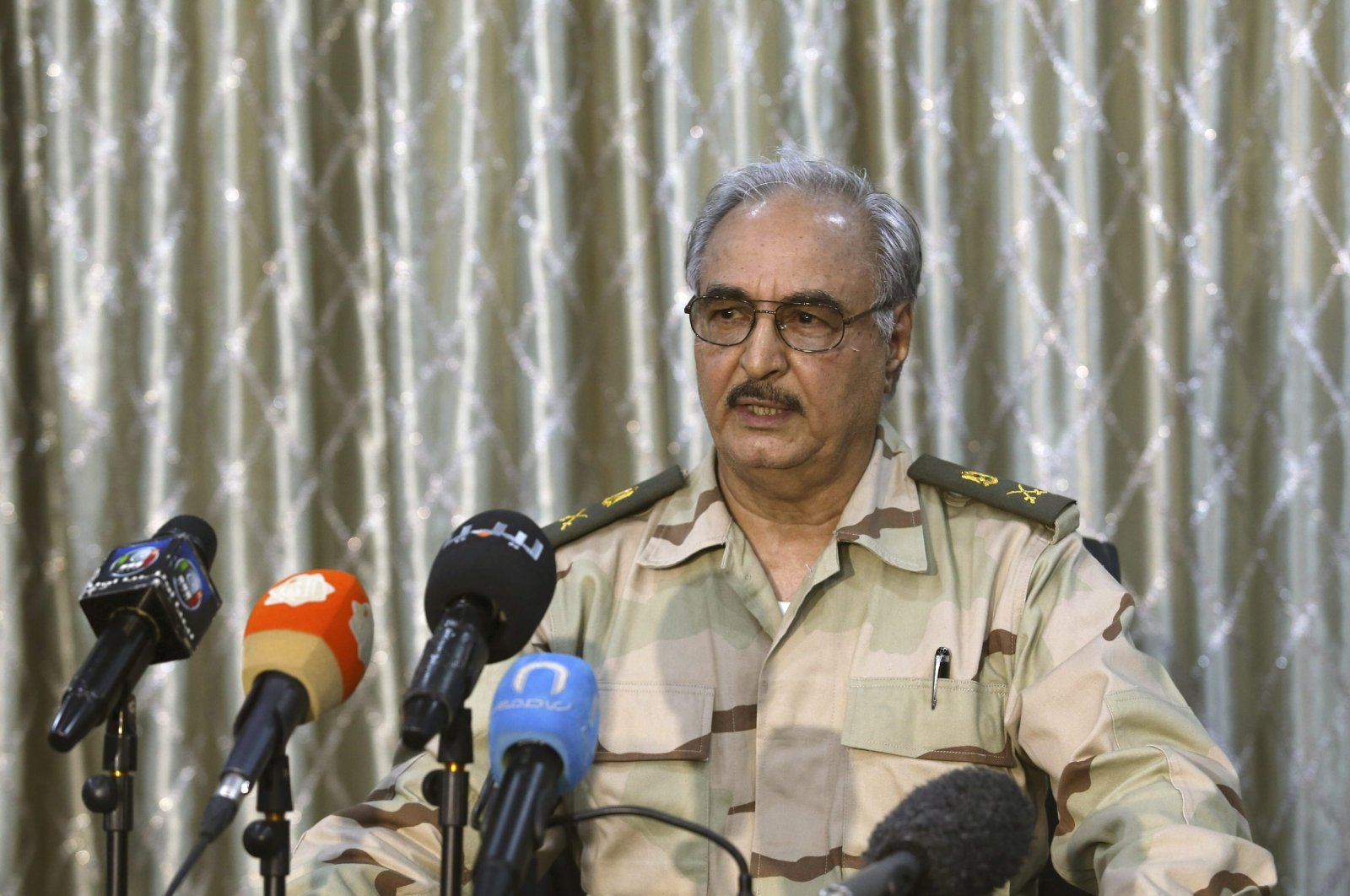 Putschist Gen. Khalifa Haftar speaks during a news conference at a sports club in Abyar, a small town to the east of Benghazi, Libya, May 17, 2014. (Reuters File Photo)
by DAILY SABAH WITH AA Sep 09, 2021 9:26 am
RECOMMENDED

Putschist Gen. Khalifa Haftar has hired veteran political insiders to lobby on his behalf to the Biden administration and the U.S. Congress, according to documents.

Haftar has made a $40,000 advance payment to retain the services of former special counsel to President Bill Clinton, Lanny Davis, and ex-Republican House lawmaker Robert Livingston, according to the Foreign Agents Registration Act filings dated Sept. 3.

The total fees Haftar will pay amount to some $960,000 over the course of six months, an engagement letter contained in the Justice Department documents indicates.

Davis and Livingston are to arrange meetings for Haftar between White House, Pentagon and State Department officials, as well as key members of Congress including the leadership in the House of Representatives and Senate, according to the documents.

The duo is also expected to arrange additional meetings with think tanks such as the left-leaning Center for American Progress and the United States Institute of Peace ahead of Libya's general election in December.

Haftar intends to travel to the U.S. "to advocate for the Dec. 24, 2021 elections in Libya" during meetings with U.S. officials, the documents say.

The disclosure comes as Haftar attempts to regain influence in Washington after his military offensive failed to oust the internationally recognized government in Tripoli. He maintains control over eastern Libya.

Haftar is the subject of several lawsuits in U.S. courts from plaintiffs who allege his forces have carried out grievous rights violations, including extrajudicial killings, torture and other war crimes.

He is a defendant in three separate federal lawsuits filed in U.S. District Court in Alexandria. Plaintiffs allege their loved ones were killed or tortured by Haftar’s forces.

But at a hearing Thursday, U.S. District Judge Leonie Brinkema ruled that Haftar cannot claim either head-of-state immunity or the political-question doctrine as a defense in the lawsuits. She noted that she twice asked the State Department if it wanted to assert an interest in the case – once during former President Donald Trump's administration and once during President Joe Biden's administration – but that it declined to do so on both occasions.

His offensive, supported by Egypt, France, the United Arab Emirates (UAE) and Russia, collapsed when the U.N.-recognized Government of National Accord (GNA) forces gained upper hand with support from Turkey.