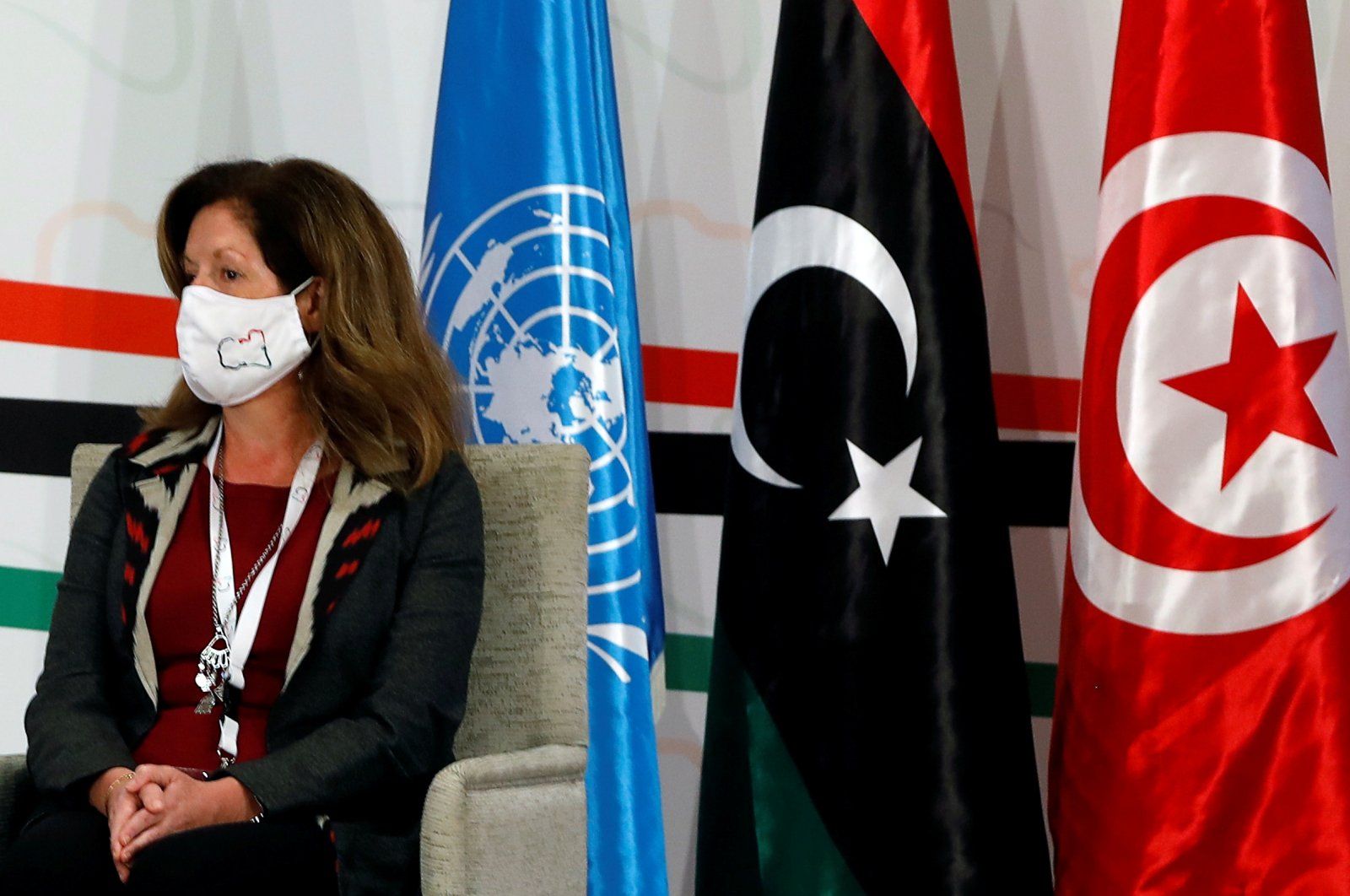 Libya's rival sides at U.N.-led talks in Tunisia started Thursday to negotiate the powers of a proposed transitional government amid cautious hopes for an end to a brutal decade-old conflict.

However, the legitimate government's army said on the same day that it would not accept further talks under the presence of the foreign mercenaries and their anti-aircraft systems in the northern province of Sirte.

The Tripoli-based unity government warned a landmark cease-fire agreed last month could be in peril, saying their Moscow-backed rivals had launched live-fire exercises. It also accused Russian mercenaries of blocking their delegation from landing at an airport near Sirte.

"We do not want these moves to cause the failure of peaceful dialogue," the military command of the Libyan government said in a tweet.

"But we will not accept to negotiate under the duress of mercenaries and their air defenses," it added.

The U.N.-backed Government of National Accord (GNA) Libyan Army spokesman Mohammad Qanunu, addressing the U.N. Support Mission in Libya (UNSMIL), said: "The military movement around Sirte and Jufra don't point to the agreed-upon withdrawal of military forces and mercenaries. The UNSMIL knows this very well."

Libya has been gripped by chaos and violence since the 2011 ouster and killing of longtime ruler Moammar Gadhafi in a NATO-backed popular uprising. Rival administrations in the east and west have since vied for control of the Mediterranean country.

The political talks in Tunisia build on months of relative calm since the GNA staged a counterattack against a yearlong offensive on the capital by eastern-based putschist Gen. Khalifa Haftar.

UNSMIL is also leading the military talks near the cease-fire line in Sirte.

Interim U.N. Libya envoy Stephanie Williams said the latest round of talks was "the best opportunity to end the division" since Haftar launched his siege in April 2019.

Delegates in Tunisia had agreed to a preliminary roadmap for "free, fair, inclusive and credible presidential and parliamentary elections" within 18 months, she said late Wednesday.

But observers have questioned the legitimacy of the 75 delegates, selected by the U.N. to represent existing institutions and the diversity of Libyan society.

And the process, which follows multiple failed peace talks, remains prey to potential spoilers including armed groups and foreign powers.

The GNA this week accused the Wagner Group, a Russian paramilitary organization backing Haftar, of preventing its delegation at the Sirte talks from landing at the nearby Qardabiya air base.

The shadowy Russian military contractor, reputed to be close to the Kremlin, has been accused of numerous violations in Libya.

The GNA military command also cited live-fire exercises by pro-Haftar forces in the area and said people from Haftar's "inner circle" were managing the meetings.

The two sides "agreed on the withdrawal of all foreign forces and mercenaries from their positions on the front lines, to be transported to Benghazi and Tripoli as a first step, to start the process of their departure from Libyan territory," said Salim Raad, head of UNSMIL's security institutions section on Thursday, adding that the two sides had agreed to meet again.

Jack Watling, a research fellow at the RUSI think tank in London, told Agence France-Presse (AFP) Russia was seeking to maintain leverage in the talks.

"Local air defenders feel safer with a sanitized airspace," he said. "But Russia is also showing that it can sabotage the (military) talks to maintain leverage."

"Has (the Qardabiya incident) sabotaged the talks? Probably not, but Russia has highlighted that it could if it wanted to," he said.

The U.S. Africa Command (AFRICOM) in July accused Russia of "playing an unhelpful role in Libya by delivering supplies and equipment to the Wagner group."