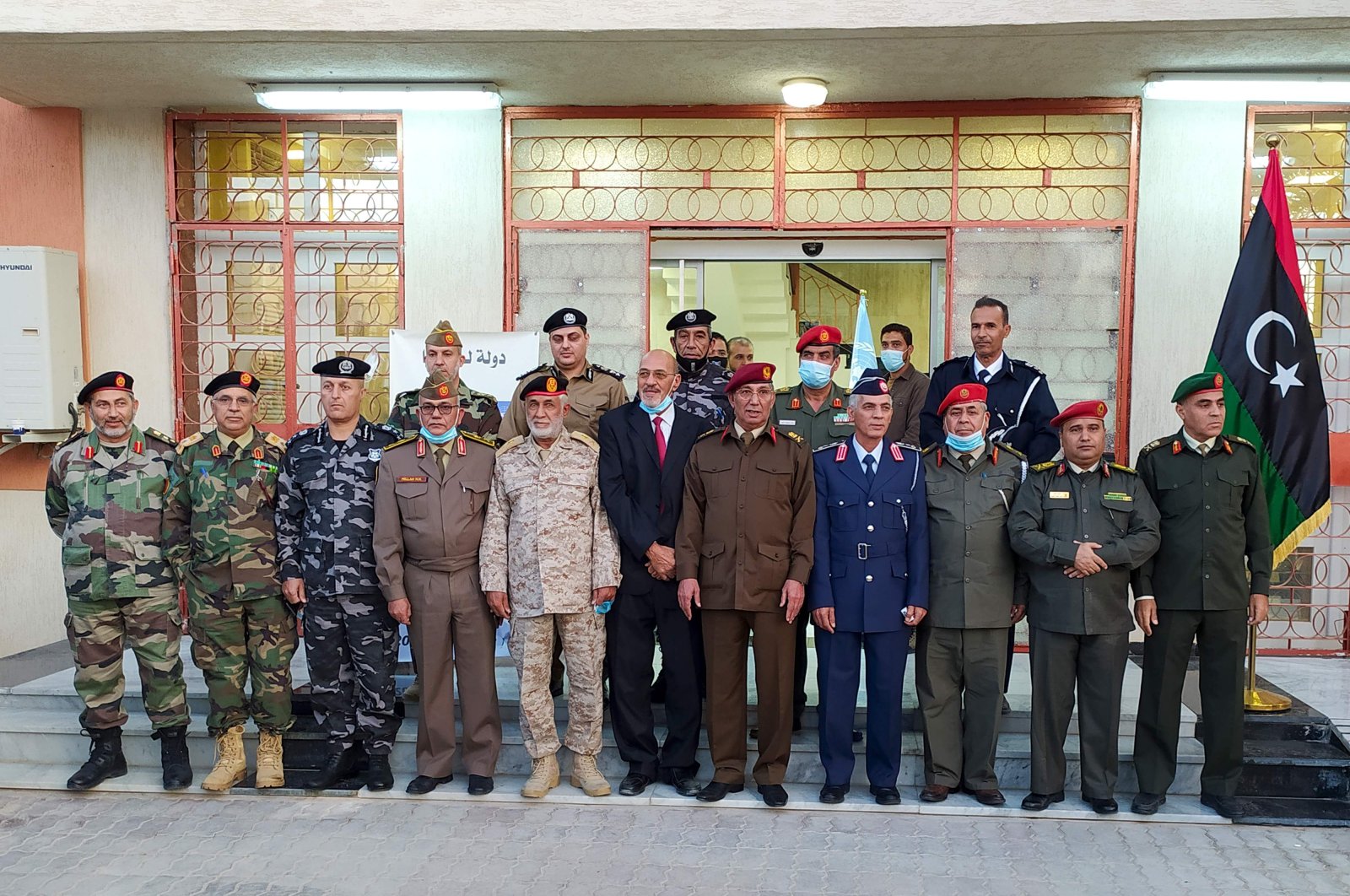 The announcement came after a meeting of a joint military commission in which cease-fire discussions began on Monday in Libya, on home soil, for the first time.

The sides agreed to "establish a military subcommittee to oversee the withdrawal of military forces to their respective bases and the departure of foreign forces from the front lines," Williams said.

The commission also decided to "meet in Sirte as soon as possible" and make the central coastal city its headquarters, Williams added.

Sirte has been on the front line of recent conflict since mid-June. The key city of Sirte, which lies some 450 kilometers (280 miles) east of the capital Tripoli, is a strategic gateway to the country’s oil reserves.

The meeting follows a "permanent" cease-fire agreement signed by the warring factions in Switzerland last month, intended to pave the way toward a political solution to the country's grinding conflict.

Talks are taking place in the remote desert oasis of Ghadames, some 465 kilometers (290 miles) southwest of Tripoli and near Libya's borders with both Algeria and Tunisia – far from the power bases of either side

Williams said that a meeting on the reunification of the Petroleum Facilities Guards (PFG) would be held on Nov. 16 at the Brega terminal, while air links would be restored "immediately" with Ghadames and with Sebha in the south.

Libya's oil production, a vital source of income, has been repeatedly halted as various groups seized and blockaded key installations and export terminals.

Libya, with Africa's largest proven crude oil reserves, has been wracked by conflict for nearly a decade, since the overthrowing and killing of longtime ruler Moammar Gadhafi in a NATO-backed uprising in 2011.

The country is split between the U.N.-supported Government of National Accord (GNA) in the capital in the west and rival authorities based in the east.

Putschist Gen. Khalifa Haftar is supported by the UAE, Russia, France and Egypt, while the GNA is backed by Turkey and the wealthy Gulf state of Qatar. Turkey and Qatar's support to the GNA helped turn the tide in Haftar's monthslong offensive on the capital.

Turkish security sources on Wednesday reiterated their support for a Libyan-led and owned political process within the scope of U.N. Security Council (UNSC) decisions.

Expressing that Turkey is in Libya upon the invitation of the GNA, sources told Daily Sabah: “Turkey will continue to be in Libya as long as the Government of National Accord’s demand continues while continuing support of education, health, humanitarian aid and consultancy according to the agreements signed between Turkey and the legitimate Libyan government.”

Warring factions returned to the negotiating table in September in U.N.-supported talks, with negotiations being held in Morocco, Egypt and Switzerland.

Seventy-five people from all walks of life in Libya would take part in those talks, with a goal of drawing a roadmap to presidential and parliamentary elections, the U.N. said.

Khalid al-Mishri, head of Libya's High State Council, in an official visit to Qatar on Tuesday reiterated that Turkey and Qatar supported Libya in its toughest crisis.

In an interview with Qatar News Agency (QNA) Mishri said, "Qatar and Turkey were the only countries to stand by Libya in its crisis, especially when Haftar’s forces were on the outskirts of Tripoli."

Mishri added that Libyan foreign minister Mohamed Taher Siala and interior minister Fathi Bashagha would also visit Qatar while Libya's Defense Minister Salah Eddine al-Namrush was expected to visit Doha next week. He said the aim of the visit was to coordinate upcoming peace talks between the Qatari and Libyan sides that will determine the fate of Libya in years to come.

Libyan authorities in August had announced that agreements had been signed with Turkey and Qatar to provide assistance in restructuring the Libyan military.

In the face of Haftar’s aggression, Ankara and the Tripoli-based internationally recognized government last year also reached two separate memorandums of understanding (MoU), one on military cooperation and the other on the maritime boundaries of the countries in the Eastern Mediterranean.

Within this scope of the agreement, Turkey has begun the military training of 120 Libyan soldiers.