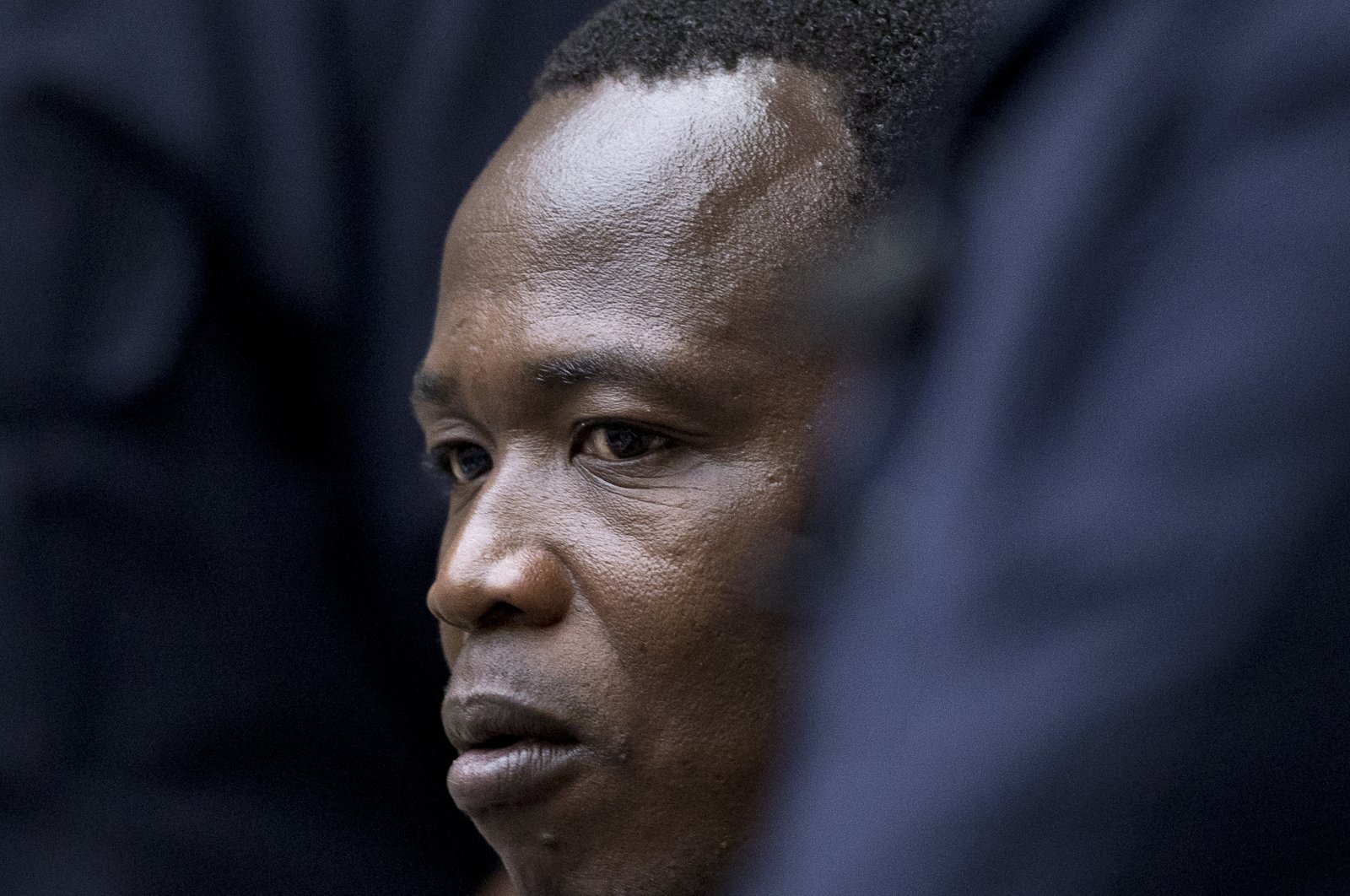 Dominic Ongwen, a senior commander in the Lord's Resistance Army, whose fugitive leader Kony is one of the world's most-wanted war crimes suspects, is flanked by two security guards as he sits in the courtroom of the International Court in The Hague, Netherlands, Dec. 6, 2016. (AP Photo)
by French Press Agency - AFP May 06, 2021 1:45 pm
RECOMMENDED

Dominic Ongwen, a Ugandan child soldier who became a commander of the notorious Lord's Resistance Army (LRA), was sentenced to 25 years in jail for war crimes and crimes against humanity by the International Criminal Court on Thursday.

Ongwen, 45, whose nom de guerre was "White Ant," was found guilty in February of 61 charges, including murders, rapes and sexual enslavement during a reign of terror in the early 2000s by the LRA, led by the fugitive Joseph Kony.

Prosecutors had asked for a 20-year prison term, saying Ongwen's own history as a schoolboy abducted by the LRA justified a lower sentence than the maximum 30 years to life allowed by the ICC.

But on Thursday he was given a 25-year sentence by the Hague-based court.

The defense had sought a 10-year prison term for Ongwen for attacks by his soldiers on refugee camps in northern Uganda.

Victims of his crimes had asked the court to impose a full life sentence.

Ongwen told the court that the LRA forced him to eat beans soaked with the blood of the first people he was made to kill as part of a brutal initiation following his own abduction aged 9.

"I am before this international court with so many charges and yet I am the first victim of child abduction. What happened to me, I do not even believe happened to Jesus Christ," Ongwen said.

'Gravity of the crimes'

The LRA was founded three decades ago by former Catholic altar boy and self-styled prophet Kony, who launched a bloody rebellion in northern Uganda against President Yoweri Museveni.

Its brutal campaign to set up a state based on the Bible's Ten Commandments left more than 100,000 people dead and 60,000 children abducted, eventually spreading to Sudan, the Democratic Republic of Congo, and the Central African Republic.

Judges said in their verdict in February that Ongwen personally ordered his soldiers to carry out massacres of more than 130 civilians at the Lukodi, Pajule, Odek, and Abok refugee camps between 2002 and 2005.

Civilians were locked in their homes and burned to death or beaten during the massacres, while mothers were made to transport the LRA's loot, forcing them to abandon their infant children by the roadside.

Ongwen was also the first person convicted by the ICC of the crime of forced pregnancy, for abducting and raping so-called "wives," some of whom were underage.

Prosecution lawyer Colin Black said that Ongwen's own history as a child soldier "does not in any way diminish the gravity of the crimes, nor does it diminish his criminal culpability."

"Nevertheless we consider them to be exceptional individual circumstances of a kind that warrant a significant reduction in sentence," he argued.

Ongwen surrendered to U.S. special forces who were hunting Kony in the Central African Republic in early 2015 and he was transferred to the ICC to face trial.