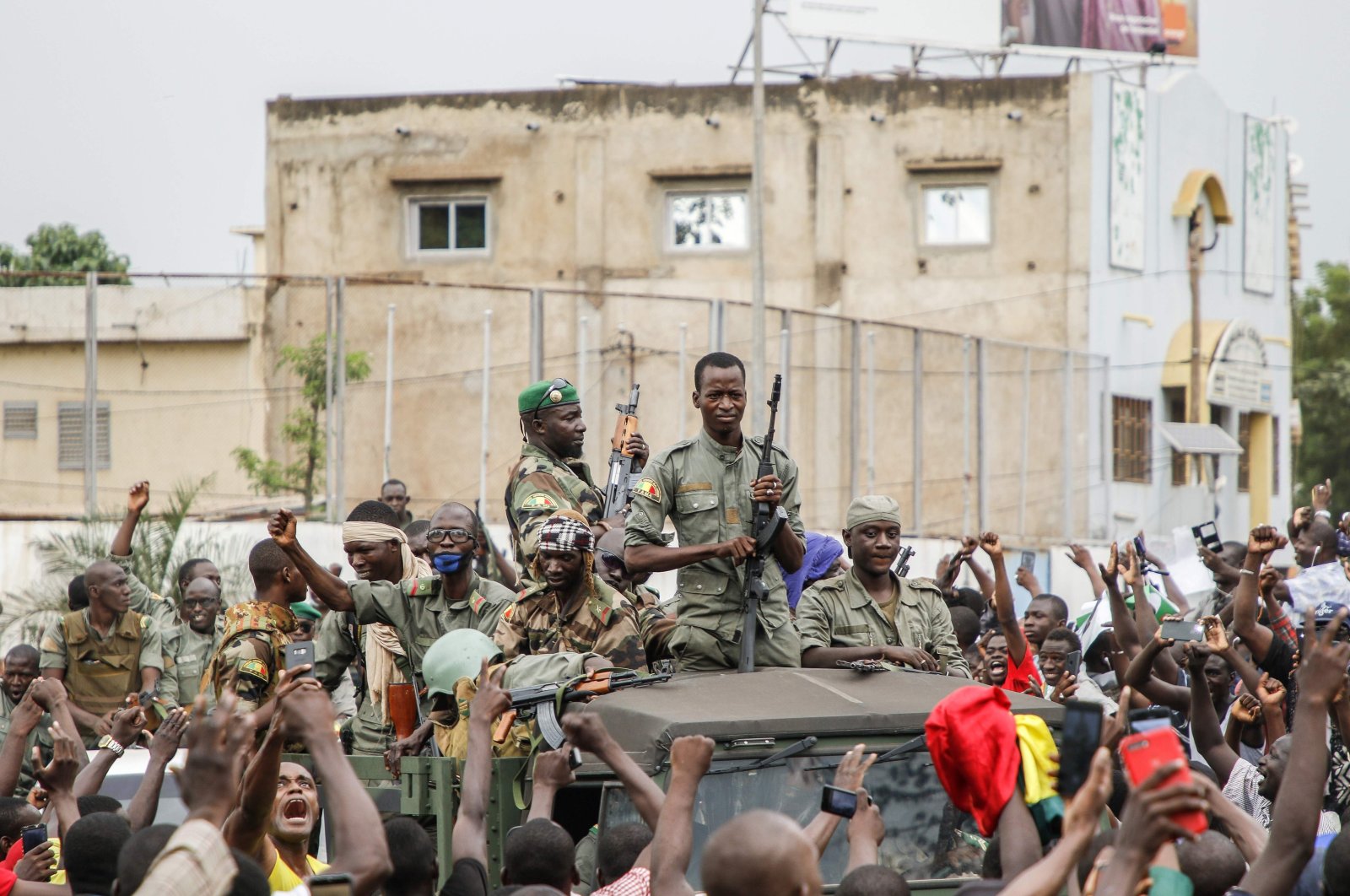 Armed members of the FAMA (Malian Armed Forces) are celebrated by the population as they parade at Independence Square in Bamako after rebel troops seized Malian President Ibrahim Boubacar Keita and Prime Minister Boubou Cisse in a dramatic escalation of a months-long crisis, Bamako, Mali, Aug.18, 2020. (AFP Photo)
by Agencies Oct 05, 2020 11:51 am
RECOMMENDED

Mali has freed 180 prisoners over the weekend who are alleged members of a terrorist group, as part of negotiations for the release of a prominent Malian politician, sources close to the talks said Monday.

Seventy prisoners on Saturday and 110 on Sunday were flown to the country's north from a prison in the capital Bamako, said the official, who asked not to be named due to restrictions on speaking to the media. An official at the security services confirmed the information.

The prisoners were released in the central region of Niono and in Tessalit in the north after arriving by plane, the official said.

Their release has fuelled speculation that Mali's main opposition party leader Soumaila Cisse, who was kidnapped by unidentified gunmen in March along with six members of his team while he was campaigning, could soon be freed after being held for more than six months.

Cisse is a former opposition leader and three-time presidential candidate. He was taken hostage on March 25 while campaigning in his home region of Niafounke, ahead of legislative elections.

In late September the head of Mali’s military junta said he will serve as the vice president in a transitional government that is supposed to bring about a return to democracy more than a month after the August coup that toppled President Ibrahim Boubacar Keita.

Junta leader Col. Assimi Goita made the announcement himself on Mali’s state television, ORTM, saying he had been chosen as vice president. He said retired Maj. Col. Bah N’Daw has been named president of the transitional government, which is to be inaugurated on Sept. 25.

The nomination of a figure with strong links to the army raises questions over the country's return to civilian rule as it is likely to be immediately rejected by the international community, which has called on Mali’s junta to restore civilian rule as soon as possible or face additional sanctions. According to a junta-backed road map on restoring civilian rule, the transitional president is meant to rule for no more than 18 months before staging national elections.

The 15-nation Economic Community of West African States (ECOWAS) has insisted that both the president and vice president of the interim government must be civilians. Already the regional group has closed borders to Mali and stopped financial flows to the country in the wake of the coup. The sanctions could bite the poor country hard as it is already facing a severe economic downturn as well as a simmering militant insurgency and chronic interethnic violence.

The international community voiced deep concern over the military takeover, which could further destabilize the West African region.