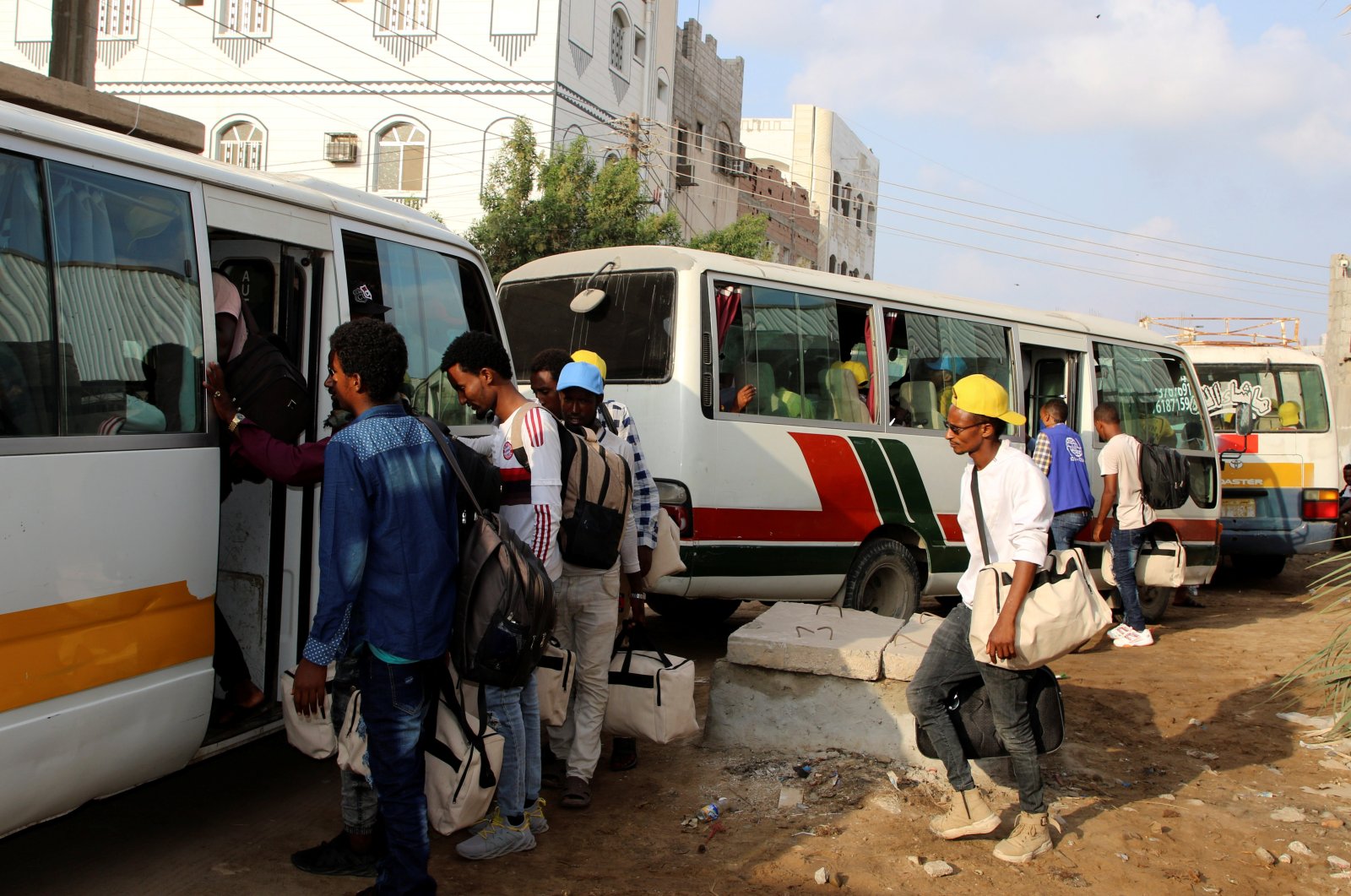 Every year thousands of migrants make perilous boat journeys to war-torn Yemen, many with the aim of traveling overland to Gulf nations in search of work. However, recently many migrants are calling it quits, reversing a longstanding and often dangerous flow out of the Horn of Africa by sea and then north through Yemen into Gulf states for work.

Their hopes for better prospects have been thwarted by coronavirus restrictions and the security conditions, leaving them stranded in a country where millions already live on the brink of famine.

Dozens have drowned in recent weeks after boats run by people smugglers capsized heading back to the Horn of Africa. The U.N. migration agency IOM estimates more than 11,000 migrants have returned by boat in the past year. Now it is running flights so the migrants can return safely.

"I wanted to go to Saudi to work so I came to Yemen. That's when I found out there was a war in Yemen, I had not known," Jamal Hussein, an Ethiopian migrant who boarded a U.N.-run repatriation flight out of Yemen, said before Tuesday's flight home.

He used to work in fields growing the stimulant qat in Ethiopia's Oromia region before risking everything to migrate less than a year ago.

After reaching the capital Sanaa in the north, which is under control of the Houthi movement, he said he was detained with other migrants in a holding facility. Last month, he survived a fire in the center that killed dozens.

With COVID-19 and security restrictions blocking routes into Gulf states, thousands of migrants, facing increased stigma due to the pandemic, have been detained and forcibly transferred back to south Yemen, where the internationally recognized government is based.

After the fire, the Houthis transferred Hussein and others to a desert area, he said, from where he made his way to Aden and found help from the IOM. It said an initial group of 1,100 Ethiopians had been approved for "Voluntary Humanitarian Return," with Tuesday's flight the second to be operated to take people home.

Thousands of others are waiting for their nationality to be verified and travel documents to be provided, it said. More than 32,000 migrants, mainly Ethiopians, remain stranded across Yemen in dire circumstances, the agency said.

Yemen has been mired in violence since a Saudi-led coalition intervened against the Houthis in 2015, with 80% of Yemen's population needing aid.