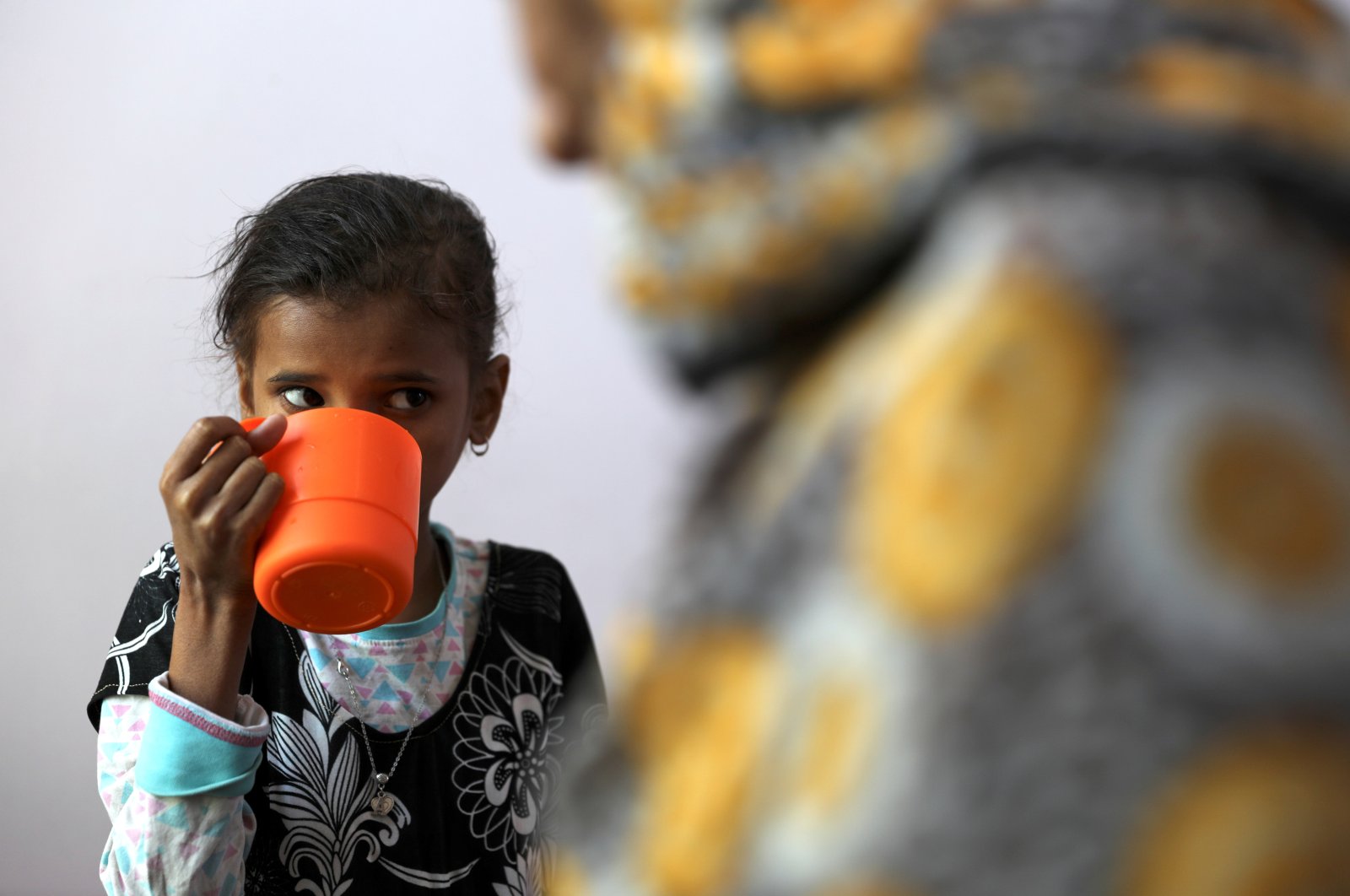 The United Nations Office for the Coordination of Humanitarian Affairs (OCHA), stated on Sunday that more than 16 million people in Yemen are faced with a significant risk of going hungry in 2021, while half-a-million people already live in famine-like conditions in the war-torn country.

OCHA, warned that the risk of large-scale famine in the Arab world’s poorest country "has never been more acute," adding that the years-long conflict, economic decline, and institutional collapse created enormous humanitarian needs in all sectors.

The stark warning comes a day before a pledging conference co-hosted by Sweden and Switzerland. The U.N. Secretary-General Antonio Guterres will appeal for $3.85 billion in relief aid for Yemen this year. The response to the U.N. appeal is unlikely to meet expectations, given that the global COVID-19 pandemic and its devastating consequences hit economies around the globe.

"The international community should rally around Yemen and come forward with a great number of pledges that will help us to prevent a widespread famine in the country," Auke Lootsma, the United Nations Development Programme's country director, told Agence France-Presse (AFP) in an interview.

"It is important to understand that the famine in Yemen is very much an income famine, so it's not necessarily a situation whereby food is not available," he said.

"But Yemenis are not really able to afford a minimum food basket or a minimum food supply in the household that will give them enough nutrition to survive the day."

It warned that 400,000 Yemeni children under the age of five could die from acute malnutrition.

"The UN cannot feed everyone in Yemen. Therefore, we also must make sure that people continue to have livelihoods," Lootsma said.

Wealthy Gulf donors such as Saudi Arabia and the United Arab Emirates, which contributed generously to U.N. appeals in 2018 and 2019, cut back drastically on aid to Yemen last year. Yemen’s war started in 2014 when the Houthi rebels seized the capital, Sanaa, and much of the country’s north.

The Saudi-led, U.S.-backed coalition intervened months later to dislodge the rebels and restore the internationally recognized government. The conflict has killed some 130,000 people and spawned the world’s worst humanitarian disaster.

With so much damage to its infrastructure, Yemen is now witnessing "the worst development crisis in the world," Lootsma said.

"Yemen has lost more than two decades of development progress... and is definitely one of the poorest, if not the poorest country in the world at the moment, given the negative development indicators that we see," he said Sunday.

"If you continue like this, Yemen as a country will be very difficult to rebuild. If more assets get destroyed and people become poorer and poorer, then it will become almost like an unviable state."

"The war has to stop now. Yemenis have suffered enough," said Lootsma, urging donors to rapidly provide financial aid at Monday's conference hosted by the U.N., Switzerland and Sweden.

Monday’s pledging conference comes as the Iranian-backed Houthis renewed their offensive on the central province of Marib, stoking fears of a new humanitarian crisis in a region that hosts the largest displaced population in the country, according to local authorities.

The province, the location of the ancient Great Marib Dam, has served as a sort of haven for around 1 million Yemenis who have fled Houthi offensives since the start of the war, according to U.N. figures.

The rebels have renewed their attacks on the oil-rich province, a holdout against them, but have faced stiff resistance and heavy airstrikes from the Saudi-led coalition. Hundreds, mostly Houthis, have died in the fighting.

OCHA said the fighting in Marib has displaced more than 8,000 civilian people, particularly from the district of Sirwah, which hosts around 30,000 displaced people in at least 14 camps. Sirwah has seen the heaviest fighting, it said.

The agency warned about possible displacement of another 380,000 people if fighting reached the actual city of Marib, capital of the province, where camps for displaced people are already crowded.

In the port city of Hodeida, meanwhile, an overnight explosion hit a residential area in al-Hawal district, killing at least five civilians and wounding three others, the U.N. mission in the strategic city said Sunday. The mission, known as UNMHA, did not say what caused the explosion or which party was behind it.