Millions of children in Ethiopia's Tigray out of aid reach, UNICEF warns 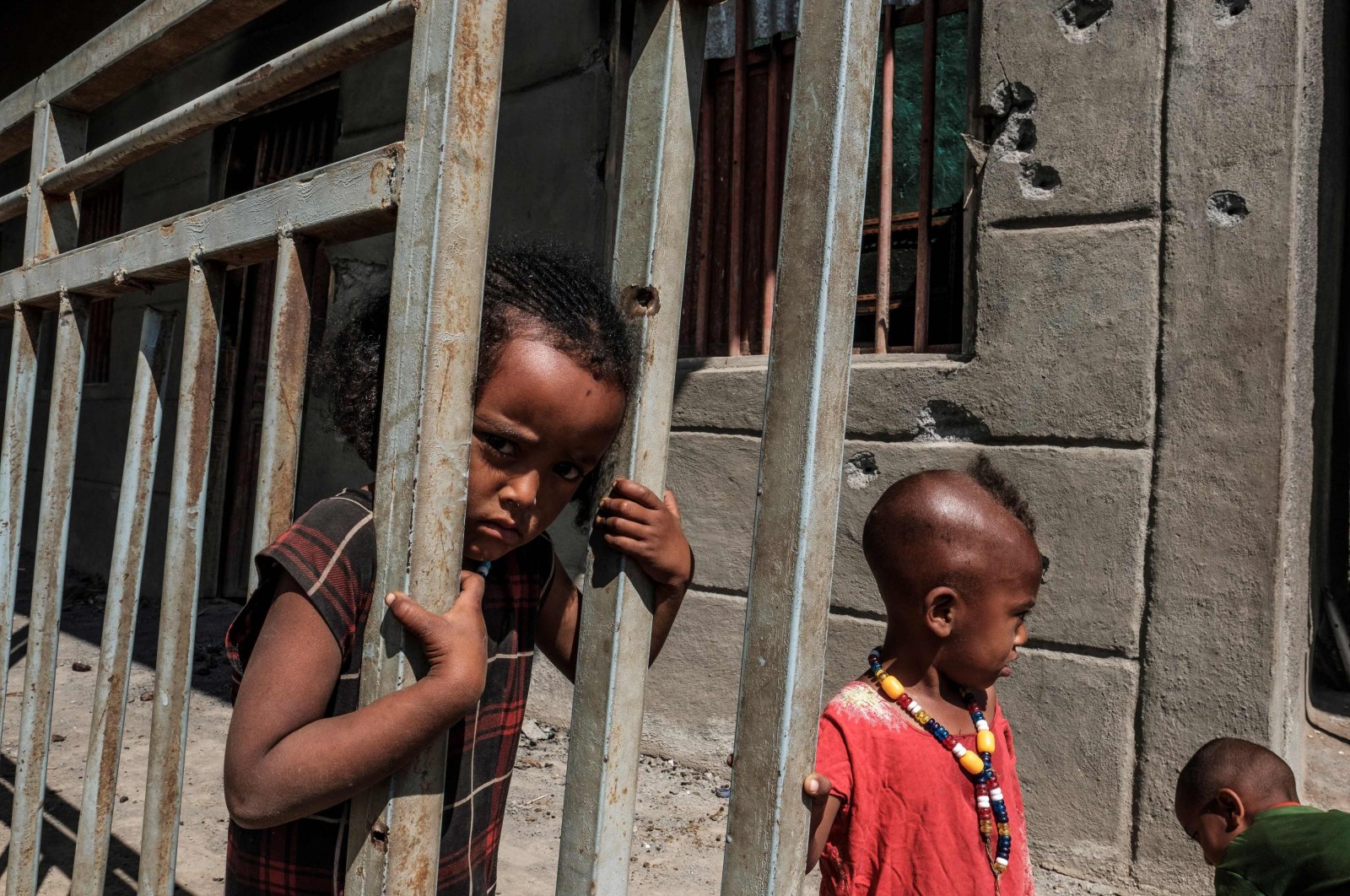 Children play in front of a store damaged by bullets in the village of Bisober, in Ethiopia's Tigray region on Dec. 9, 2020. (AFP Photo)
by DAILY SABAH WITH AGENCIES Dec 16, 2020 12:31 pm
RECOMMENDED

Around 2.3 million children in Ethiopia's northern Tigray region do not have access to humanitarian assistance since conflict started in early November, according to the United Nations Children's Emergency Fund (UNICEF).

In a statement late Tuesday, UNICEF warned that millions of children have been cut off from humanitarian assistance despite an access deal that was made earlier this month. It asserted that the situation will worsen if aid to the north is delayed as the area has suffered a month of persistent war that has killed, injured and displaced a number of people.

“Some 2.3 million children in Tigray, Ethiopia, remain cut off from humanitarian assistance amid continuing violence since the beginning of November,” UNICEF Executive Director Henrietta Fore said in a statement on Tuesday. "Protecting these children, many of whom are refugees and internally displaced, and providing them with humanitarian aid must be a priority," she said, according to Anadolu Agency (AA).

The organization called for "urgent, sustained, unconditional and impartial humanitarian access to all families in need wherever they are."

Early December, the U.N. announced that an agreement had been reached with Ethiopia's government to allow aid workers "unimpeded, sustained and secure access" for humanitarian supplies to reach those in need across areas under its control in Tigray. On Nov. 4 Ethiopia launched a "law enforcement operation" against the Tigray People's Liberation Front (TPLF) whose forces stormed an army camp, looted military hardware and killed soldiers.

Last year's Nobel Peace Prize winner Abiy Ahmed refused to dialogue with TPLF leaders who are on the run but say they continue to fight even after the government announced the takeover of the region's capital, Mekele. The conflict is thought to have killed thousands and displaced more than 950,000 people, according to U.N. estimates, about 50,000 of them into Sudan.

Early this month the U.N. High commissioner for human rights, Michelle Bachelet, said the situation in Ethiopia is "exceedingly worrying, volatile, and distressing." She stressed that the human rights situation in the conflict-stricken Tigray region urgently needs independent monitoring, where 600,000 people were already in need of food aid before the start of the conflict.

“We also urge authorities to allow the free movement of civilians wishing to seek safety elsewhere. This includes those requesting to cross the border to seek international protection," UNICEF said in a statement Wednesday. “Meeting the critical needs of children and women must not be delayed any longer."