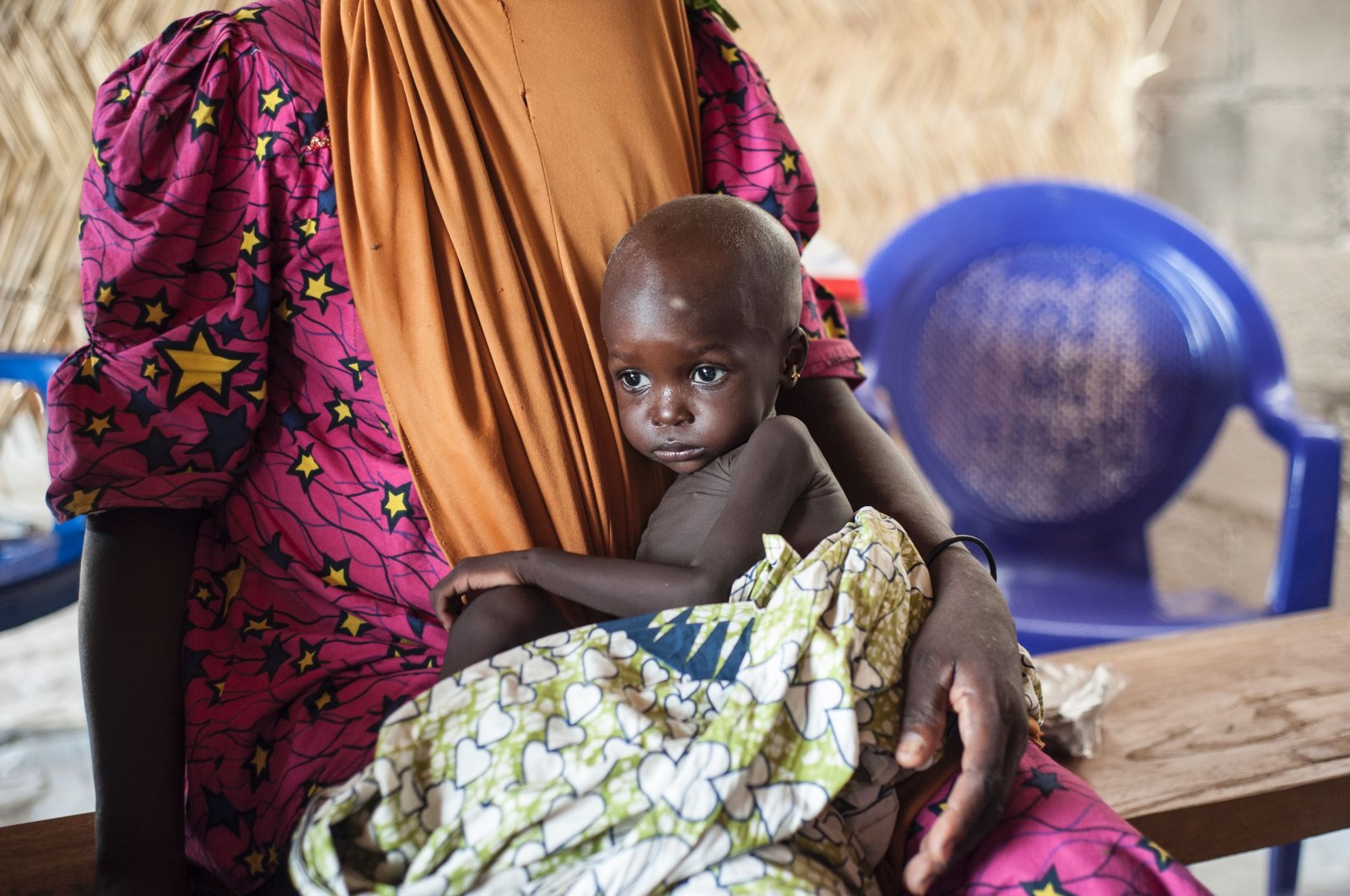 A young girl suffering from severe acute malnutrition sitting on her mother's lap, at one of the UNICEF nutrition clinics in the outskirts of Maiduguri capital of Borno State, northeastern Nigeria, June 30, 2016. (AFP Photo)
by Daily Sabah with AA Mar 25, 2020 6:24 pm

Around 21,600 Nigerians have been reported as missing throughout a decade of conflict, the International Committee of the Red Cross (ICRC) said.

The ICRC Communication Field Officer in charge of Port Harcourt Delegation, Sophia Uduma stated earlier this week that the majority of the missing people were reported during violence or communal wars, mostly in northeast Nigeria where the terrorist organization Boko Haram continues its attacks.

Last year, ICRC stated that Nigeria holds the highest number of missing persons registered in any country. Nearly 60% were minors at the time they went missing, meaning thousands of parents don't know where their children are and if they are alive or dead, the Red Cross reported.

The Boko Haram insurgency, which erupted in northeast Nigeria in 2009, has killed more than 30,000 people and forced about 2 million to flee their homes.